We have World Cup! Most countries will have a televised broadcast of the World Cup Qatar 2022, but what about the fans who want to follow him via streaming? The biggest sporting event of all will start on November 20 and end on December 18, so fans of the tournament around the world need to know all the possible access to the matches. Let’s see what the platforms offer to watch from the opening match between Qatar and Ecuador to the finals of the FIFA Soccer World Cup.

Remember that this note is made for soccer fans who are in these countries: Peru, Colombia, Ecuador, Mexico, United States, Canada, Bolivia, Venezuela, Chile, Argentina, Brazil, Uruguay and Spain. Now yes, let’s start.

In the country of the Incas, Directv GO is the owner of the streaming rights of the 64 World Cup matches, which will be broadcast live.

In addition, the rights to the Qatar 2022 World Cup matches are reserved for DirectTV Sports on cable (64 live matches) and Latina Televisión on open signal (32 live matches). In the second case, the channel will be able to broadcast the rest of the matches on a deferred basis with permission to do so 24 hours after the live dates.

How much does it cost to hire streaming on DIRECTV, Latina and other channels to watch the 2022 World Cup

Colombians will be able to watch the matches via streaming and cable through Directv GO and Directv Sports, but the orchestra of the World Cup fever in open signal is provided by Caracol and RCN with 32 exclusive live matches, the rest are deferred. Among the latter, 20 are defined matches and 12 in the knockout phase.

Similarly, Ecuador will also broadcast the 64 matches of the Qatar 2022 World Cup on Directv GO, while the open signal of Teleamazonas has 32 live matches without losing any of the Ecuadorian team (la Tri), and 32 deferred.

In addition, the Ecuadorian Soccer Channel platform announced that it will make its service available to fans and streaming users to watch World Cup matches.

Soccer Channel: subscription of 6 dollars including taxes per month.

In the Aztec country, streaming matches can be seen through the Vix website and the Vix+ streaming service. 40 of the 64 World Cup matches are included, including the semifinals and the final, 2 quarterfinals and four round of 16 matches.

On the other hand, the attached platform of the SKY México channel will broadcast World Cup matches on cable television and the Blu To Go streaming service.

In the open signal transmission, the chosen channels are Televisa and TV Azteca. On cable, TV Azteca will broadcast 32 matches on channel 7.

The giant from the North has the largest offer of matches on different streaming platforms. The main owner of the broadcasting rights through pay television is Fox Sport. So, as long as the person has the service, they can enjoy the World Cup through the on-demand content application Fox Sport App, but they must be subscribed to a provider. These can be Dish, Sling, DirectTV OR DirecTV Stream, Frontier, Optimum, Hulu + Live TV, Vidgo, YoutubeTV.

Another less encouraging option is Tubi, a video-on-demand platform that will add the 64 World Cup matches to its catalog when Qatar 2022 is over.

The Soccer World Cup games will be broadcast on the TSN and TSN2 channels as a television signal. In the case of the on-demand content version, the company has a streaming application that is part of the TV service. In other words, any user who has cable programming can access the content of the TSN App. The matches will also be available on the FIFA website.

For those interested in television, other channels that will broadcast the games in Canada are CTV in English, as well as TSN, and RDS in French.

The number of streaming platforms in Bolivia is limited to movies and series, such as Netflix, Disney+, and HBO Max, so the digital services of the most important television stations do not have a video-on-demand space.

In this sense, only the broadcast of the Qatar 2022 World Cup matches has been announced through Bolivia TV on open television and Entel TV on cable. However, in the FIFA media licenses list, there are also internet broadcast rights for the Red Unitel and Red Uno de Bolivia channels.

As in Bolivia, there is still no confirmation of World Cup matches that are going to be broadcast via streaming, but the television stations that have the rights to the live signal are Telven, IVC and Directv Sports. In the third case, the company does not plan to offer streaming content from Qatar 2022 in Venezuela, since the channel is included with the subscription to the Inter and Simpletv telecommunications networks.

Once again, DirecTV is positioned in the offer of important sporting events of the year in the region. Chile is one of the countries where Directv GO will be enabled for cable service users to have access to the 64 games (56 live and 8 deferred).

In the case of the open signal, Chilevision and Channel 13 are the ones chosen for the sports transmission. 50% will be live and the other half deferred.

The DirectTVGo service will also have the 64 matches streaming in Argentina. For their part, TyC Sports and TV Pública Argentina have the rights to broadcast live on cable and open signal, respectively. The first will spend 35 and the second 32 live matches.

In addition, Argentine Public TV has its programming broadcast live through its website portal, but the matches may not be broadcast on that platform in the region.

Globoplay, the streaming platform of the Rede Globo network, will broadcast the 64 World Cup matches live, but these will also be available as content to watch at any time. To enter you only need to register.

On television, Globo is the main licensee for the broadcast of Qatar games in Brazil (56 of the 64 matches). For its part, SporTV has the rights to broadcast the World Cup for all cable matches, which will be added to the Globoplay platform and can only be seen by those subscribers who have plans that contain certain sports channels.

Several channels are about to confirm the number of games that they will broadcast in an open and paid signal in Uruguay, as well as by streaming, but Directv GO is confirmed with the 64 live games.

The Vera TV signal will also broadcast all the matches live on the Antel TV platform, which has other on-demand content.

The open signal and cable channels authorized to broadcast the Qatar 2022 games in Uruguay are Channel 4, Channel 10, Teledoce, Antel, Dexary and TyC Sports.

Antel TV: downloading the app is free for those who have the service of channels 4, 10 and 12.

Gol Mundial, the platform created by Mediapro, will exclusively share all the content of the FIFA World Cup through the digital and mobile platform. The 64 games will be available, but 44 games and all the matches of the Spain team can be seen exclusively.

For its part, the RTVE public signal will broadcast 20 free matches, including the opening game, one from each of the 8 groups, 4 from the round of 16, 2 from the quarterfinals, the semifinals and the final. . 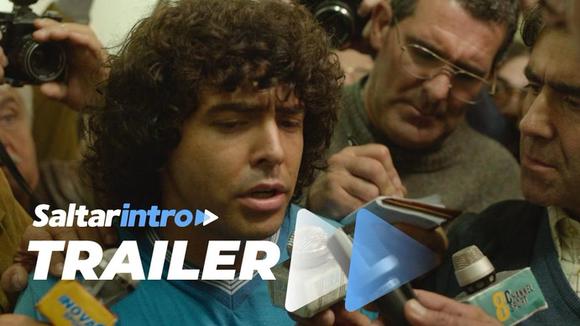