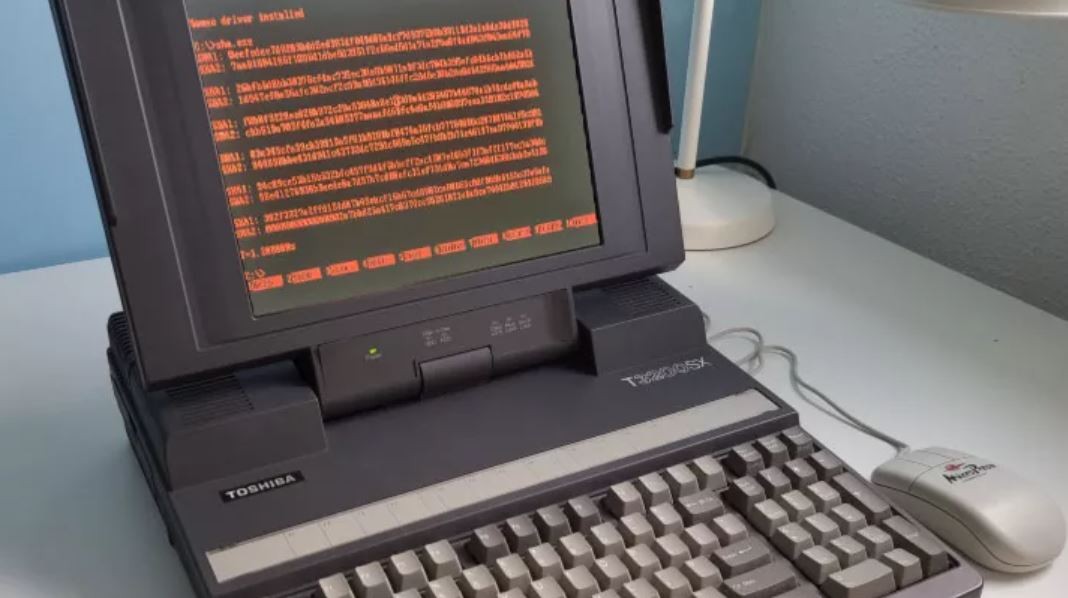 Cryptocurrency mining, as we know, can be carried out on a wide range of devices, even if not particularly performing, just to prove that it is possible. This time, however, someone went a lot further, and tried to mine Bitcoin with an old Toshiba T3200SX: the result? The estimated wait to mine the equivalent of one dollar of Bitcoin is 584 million years.

The experiment of course it was carried out for the sheer sake of it by a pc enthusiast, Dmitrii Eliuseev, who before venturing into the enterprise took into consideration which were the most used devices – and even the strangest ones – to mine Bitcoin: it ranges from farms created ad hoc with ASICs to smartphones, without forgetting Raspberry Pi .

However, these are fairly recent devices: and so Eliuseev has also decided to challenge time, as well as computing power, by preparing the Toshiba in question. When it launched in 1989, it cost a whopping $ 6,299 – which should be about $ 13,896 today – making it an elite device. At the time, the 16 MHz Intel 386SX processor was definitely on the cutting edge, especially for a portable machine.

To be able to use it for mining, Eliuseev had to specially write the code of a software suitable for the purpose, colliding with all the limitations of the 16-bit DOS platform, but in the end he got the better of it, and made the program available to interested parties on GitHub. From here on, the system went into operation, delivering the estimated date to earn the first dollar in Bitcoin, which thanks to the hash rate of 15 H / s is calculated in millions of years.

Luckily, the experiment did not impact too much on the cost of the bill, since apparently the pc consumes 39W when it is engaged in mining. However, it soon becomes clear that the game is not worth the candle, as the monthly cost of the business would far exceed the long-term one dollar target anyway. Speaking of Bitcoin, did you know that at the dawn of their history someone had used them to buy us two pizzas? We talked about it here.

If you want to know more about crypto in the world today, in addition to reviewing what blockchain is, you can immerse yourself in this snapshot of the current panorama that surrounds the topic: we went to Venice on purpose, to the first event dedicated to cryptocurrencies organized at the Ca ‘Foscari University.