New York.- Being a non-competitive event, the New York Film Festival (NYFF) has a special ironic flavor as it takes place in Lincoln Center, the cultural mecca of the most competitive city in the world.

The 60th edition opened on September 30 and continues until October 16. Founded in 1963 by Richard Roud and Amos Vogel with the support of William Schuman -then president of Lincoln Center-, the NYFF is one of the oldest and most prestigious film festivals in the United States.

It takes place in the early fall, with typically 20 to 30 feature films, many in their US release. The quality of the catalog and the time on the calendar has positioned the NYFF as a reliable window for films that could be nominated in the upcoming awards season. Its executive director for the last three years, Eugene Hernández, is saying goodbye because he has been hired for Sundance, the other great film festival in the country.

NYFF also includes additional sections on experimental film and restorations. This year, as part of the 60th anniversary celebration, there are additional screenings outside of Lincoln Center, covering all five boroughs of New York City.

The main films screened at NYFF 2022 and that seek to fight for nominations for awards such as the Oscar, Golden Globes, Spirit, BAFTA and the unions of actors (SAG), directors (DGA) and writers (WGA) 2023, They are in alphabetical order:

aftersun
Scottish director Charlotte Wells’ piece inspired by her family, starring Paul Mescal and Francesca Corio as a divorced father and his daughter, whose close bond is quietly shaken over a weekend in Turkey.

Alcarràs
The land and livelihood of a Catalan peach-farming family are threatened in this low-budget rural drama from Carla Simón. She won the Golden Bear (Best Film) at Berlinale 2022 and is Spain’s representative for the upcoming Oscar award.

All the Beauty and the Bloodshed
Documentary directed by Laura Poitras about New York photographer Nan Goldin. It has just won the Golden Lion for Best Film at the Venice International Film Festival. “One of the most important and influential artists of her generation, Goldin has revolutionized the art of photography through her candid and deeply personal portrayal of her,” announces the NYFF. And it is not by chance that this year the festival’s posters are his photographs. 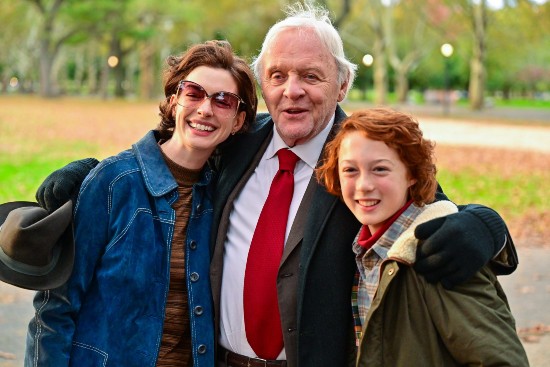 Armageddon Time
They say it’s James Gray’s most personal film yet. A family drama focused on a 6th grader (Banks Repeta) who dreams of becoming an artist. In the cast he is accompanied by heavy names: Anthony Hopkins, Jeremy Strong and Anne Hathaway.

Bones and All
Meet the director Luca Guadagnino with Timothée Chalamet after the applause Call Me by Your Name. This time the runaway romance is between a man and a woman (Taylor Russell).

Corsage
Directed by Marie Kreutzer. Vicky Krieps (Phantom Thread) dominates the screen as Empress Elisabeth of Austria, who enters into something of an existential crisis on her 40th birthday.

Decision to Leave
A detective becomes increasingly obsessed with a puzzling death: a businessman has mysteriously fallen. Is his wife to blame for him? South Korean Park Chan-wook has just won the Best Director award at Cannes with this twisted detective story.

Eny’s Men
By British filmmaker Mark Jenkin. In 1973 a middle-aged woman lives on an uninhabited, windswept island in south-west England, haunted by her own hauntings and nightmares. 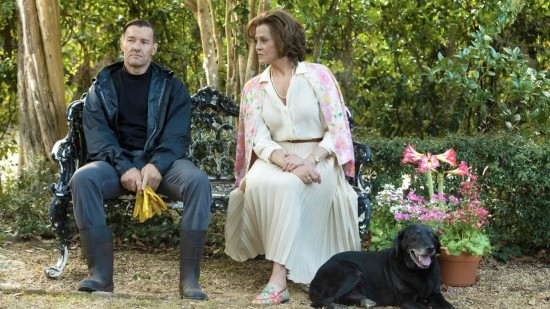 master gardener
Paul Schrader, nominated for an Oscar in 2019 for First Reformedwrote and directed this tale of latent violence and the possibility of regeneration, centering on a mysterious horticulturist (Joel Edgerton) who works for an arrogant millionairess on an estate (Sigourney Weaver).

no bears
Two parallel love stories with lovers frustrated by hidden and unavoidable obstacles, the force of superstition and power. The work of Jafar Panahi, winner of the Golden Lion (Venice 2000), an Iranian creator who has been imprisoned several times and continues to be banned from making films in his country. With this “illegal” film he has just won the special jury prize in Venice.

One Fine Morning
Recent winner of the Europa Cinemas award for Best Film from that continent at the Directors’ Fortnight at the Cannes Festival. Director Hansen-Løve weaves autobiographical elements into this Parisian tale of a single mother coping with the mental decline of her intellectual father, while she falls in love with an old friend who is now married.

Return to Seoul
From Cannes 2022 (Un Certain Regard), Davy Chou’s film follows a young French cynic looking to discover her roots after being given up for adoption when she was born in Seoul.

Scarlet
The first film made in France by Italian filmmaker Pietro Marcello. A man returning from World War I to his village discovers that his wife is dead and that he must take care of his daughter.

Show Up
Director Kelly Reichardt meets Michelle Williams for the fourth time in this simple portrait of the daily life and frustrations of a sculptor in an artists’ enclave in Portland. It competed for the Palme d’Or at the 2022 Cannes Film Festival.

stonewalling
A young flight attendant’s plans for college are put on the line when she discovers she’s pregnant. The film co-directed by Pekingese Huang Ji and his wife Ryuji Otsuka is a critique of the modern world and options for women. 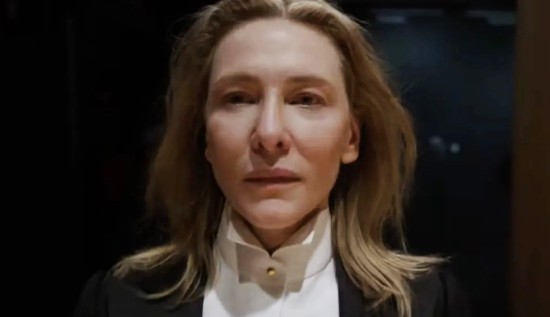 Tar
Award-winning veteran Cate Blanchett has nominations secured as she portrays a world-famous conductor in a gradual unraveling. She has already won Best Actress at Venice 2022. It is director Todd Field’s first film in sixteen years (in the bedroom, Little Kids).

The Eternal Daughter
Director Joanna Hogg added another rich performance with a nominated pedigree for Tilda Swinton, in dual roles: a filmmaker and her aging mother take an emotional trip back in time while staying at a hotel in the English countryside. 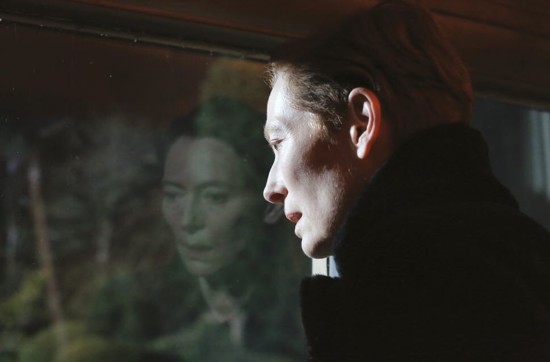 The Inspection
Elegance Bratton makes his ambitious narrative debut with this independent film based on his own experiences as a gay man in the Marine Corps after a decade of homelessness on the streets.

The Novelist’s Film
Veteran Hong Sang-soo takes on the perspective of a prickly middle-aged novelist (Lee Hye-young) whose dormant creativity is sparked after a chance encounter with a famous actress (Kim Min-hee).

Till
Racial drama about the royal lynching of a teenager during a trip to Mississippi in the 1950s, directed by Chinonye Chukwu and starring Danielle Deadwyler (Mamie Till-Mobley). It is the return to the cinema of Whoopi Goldberg, who also produced the film.

Trenque Lauquen
Laura Citarella takes the viewer on a journey of 12 chapters (240 minutes) through stories set in the Argentine city of Trenque Lauquen and its surroundings, and centered on the strange disappearance of a local academic. 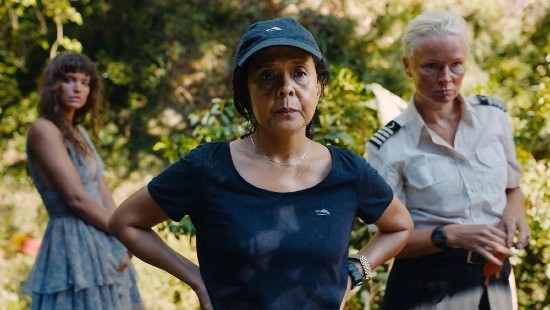 Triangle of Sadness
Winner of the Palme d’Or at Cannes 2022 (second time for its director Ruben Östlund). A bizarre satire on contemporary frivolity versus what really matters in the world, during a fashion week, a luxurious cruise ship and a shipwreck after a pirate attack. The young protagonist, the South African model Charlbi Dean Kriek, has just died. In the cast, two possible nominees stand out in supporting roles: the veteran Woody Harrelson and the Filipina Dolly De León.

walk-up
Another Hong Sang-soo movie this year at NYFF. A successful middle-aged man visits an old friend and finds her life taking a series of unexpected turns. The film explores the complexities of relationships, aging and the artistic quest.

White Noise
One of the most ambitious American films of the year, director-screenwriter Noah Baumbach adapted Don DeLillo’s postmodern 1985 novel, long perceived as unfilmable. The result is a richly layered contemporary satire with plenty of room for Adam Driver and Greta Gerwig to shine.