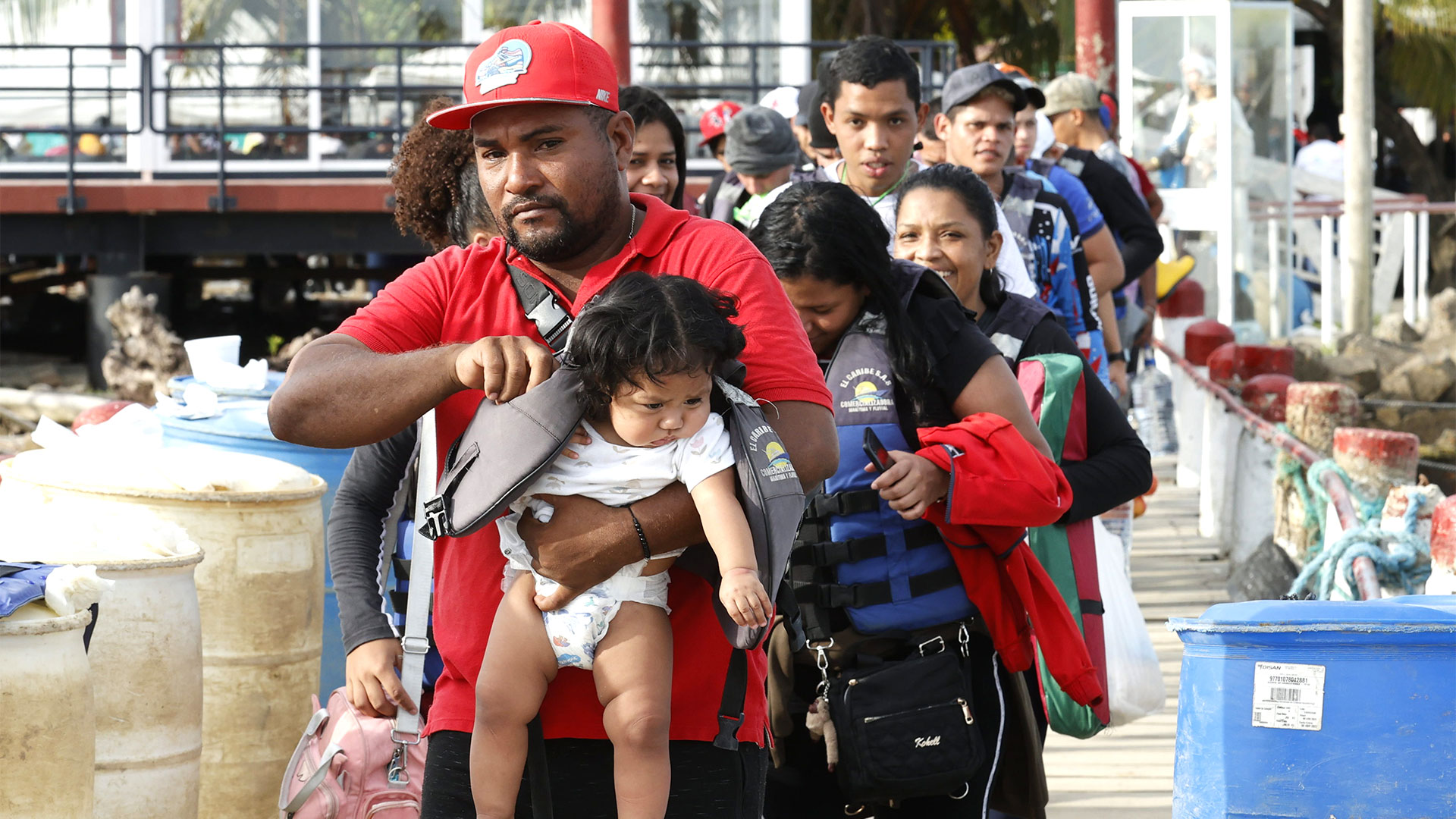 Migrants prepare to board a boat to the border with Panama, on October 6, 2022, in Necocli (Colombia) (EFE/Mauricio Dueñas Castañeda)

In the Colombian town of Necoclí, they have become accustomed to the fact that hundreds of people camp on its beaches every day, waiting to take the boats that take them to the Panamanian border on a migratory journey to the US that grows every day and threatens to “explode ”.

It is a constant flow, itinerant, of people from all over the world, whole families who walk together and who only share the desire to achieve a better future at any cost, including going through one of the most dangerous border crossings in the world: a week-long adventure through a lush, mountainous jungle that is said to swallow people. 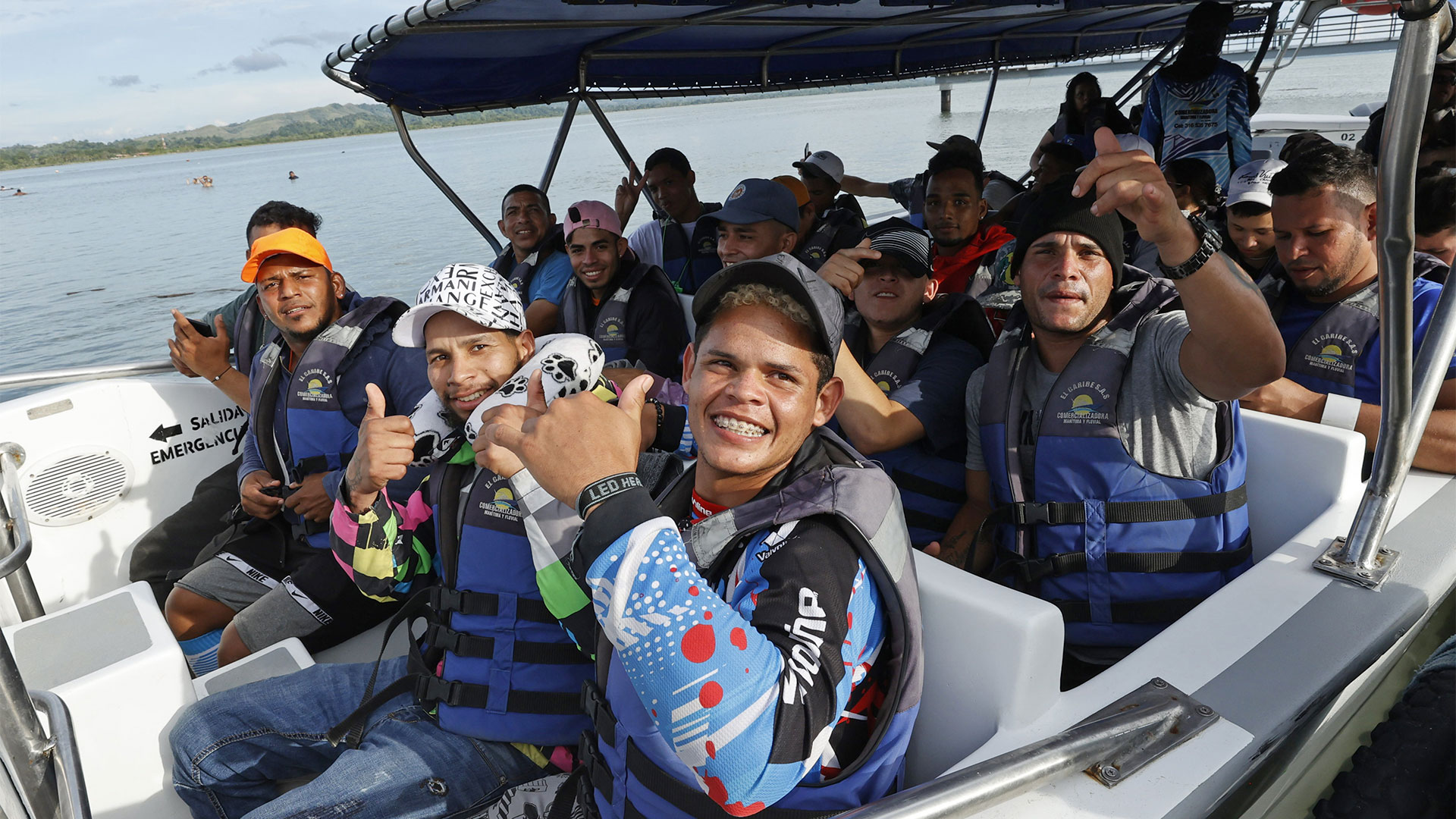 Last year, according to figures from the Panamanian authorities, 133,726 people crossed the Darién Gapa number that had never been recorded due to the difficulty of the journey. The numbers do not stop increasing and in the first nine months of this year there are already 151,572. 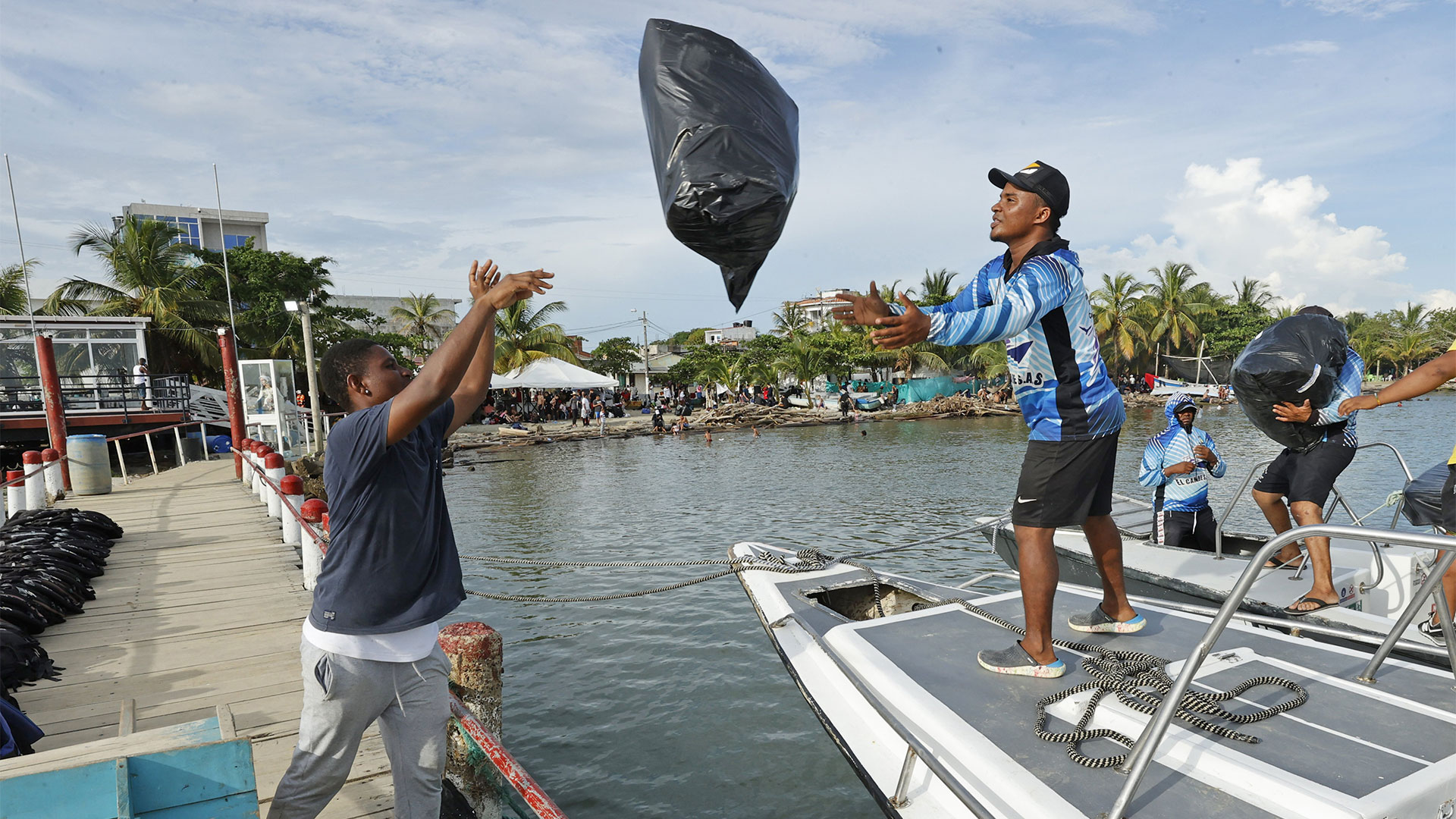 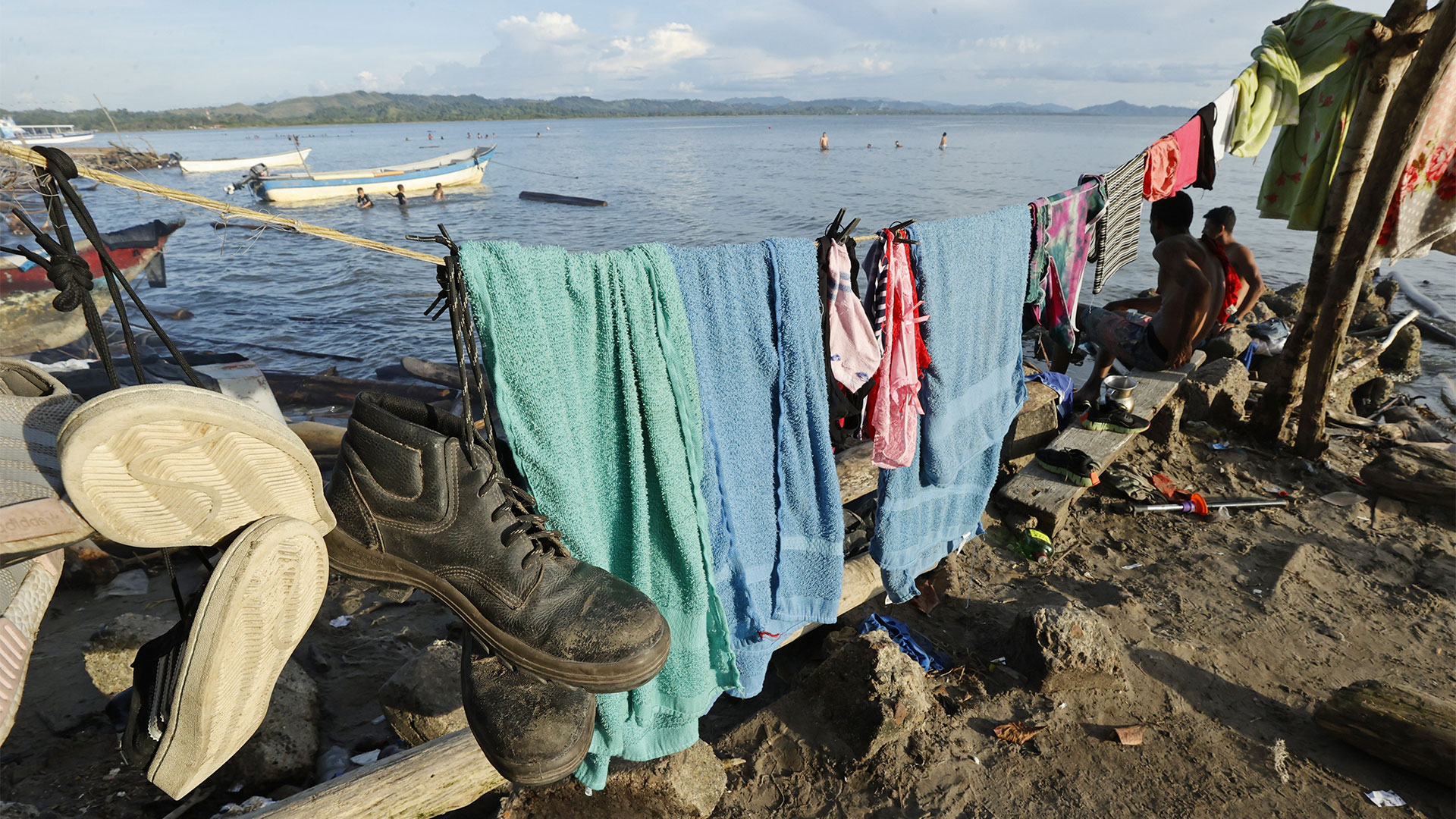 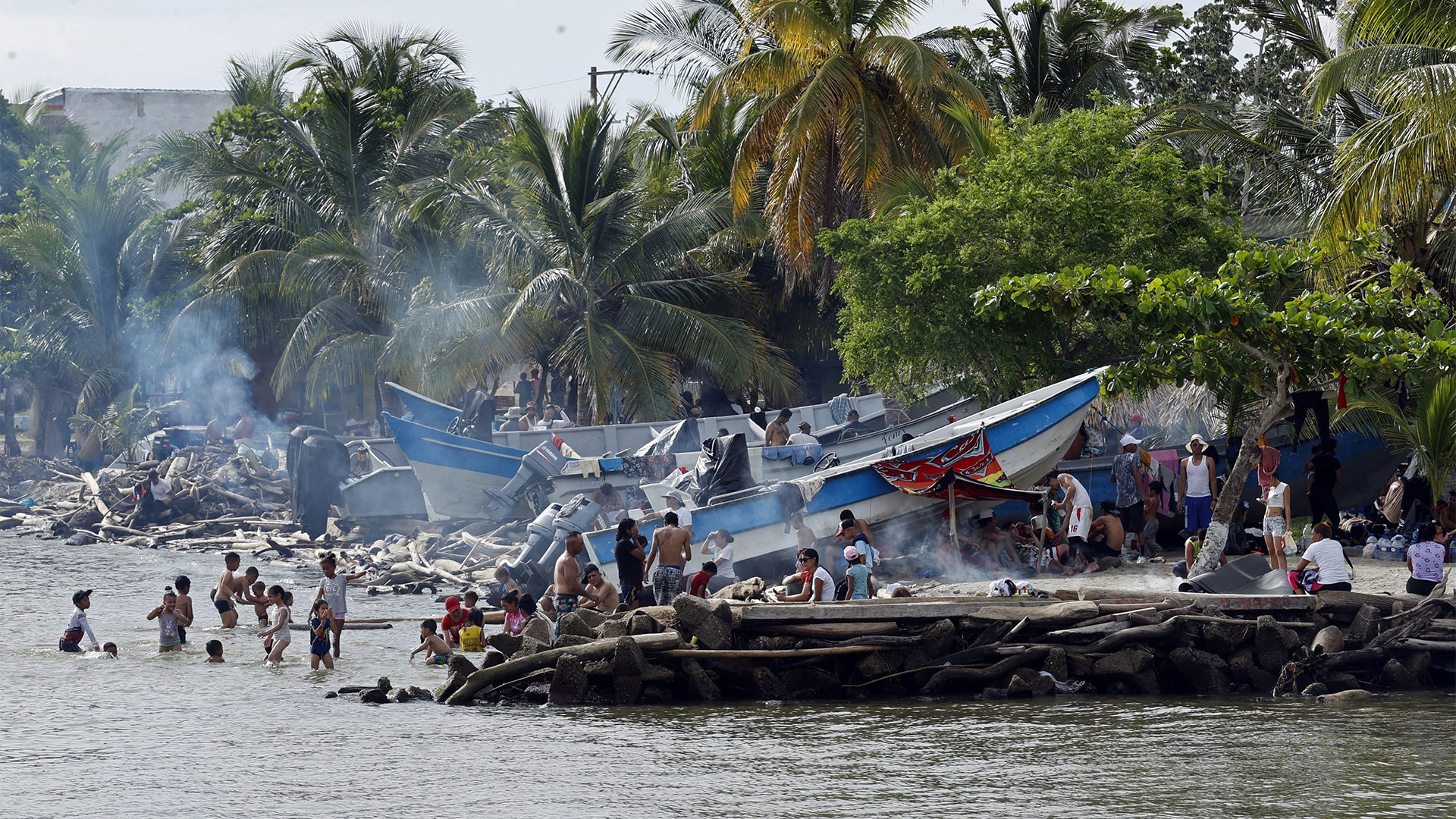 In the Colombian town of Necoclí, they have become accustomed to the fact that hundreds of people camp on its beaches every day, waiting to catch the boats that take them to the Panamanian border on a migratory journey to the United States that grows every day and threatens to “explode “(EFE/Mauricio Dueñas Castañeda) 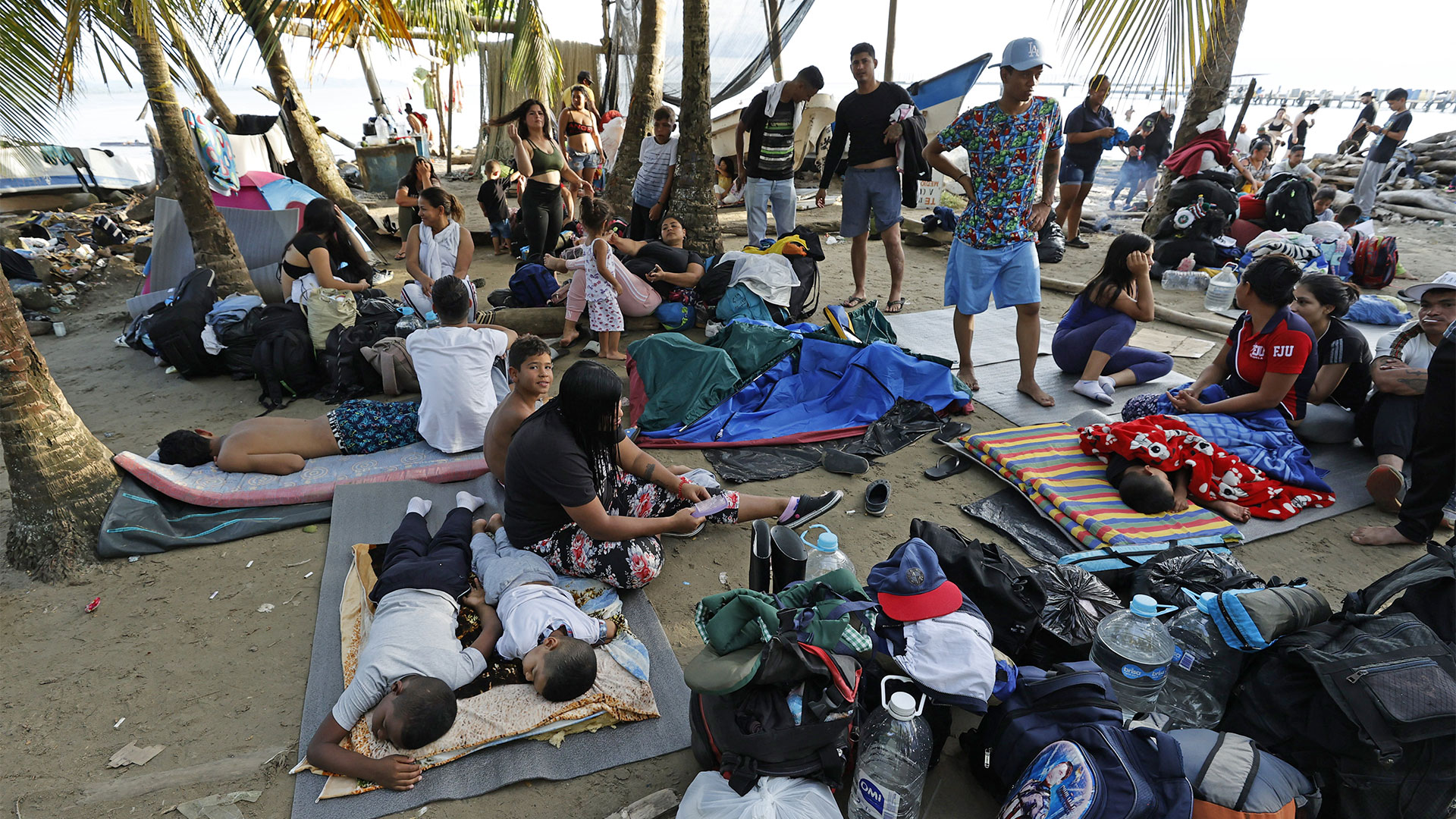 Necoclí is the first stop on the route through the Darién. This is an Antioquian town located on the east coast of the Gulf of Urabá, in the Colombian Caribbean, where, lulled by the vallenato and the salsa from the beach kiosks, the migrants rest lying on the sand while their children bathe in the sea ​​or play at making castles with dominoes. 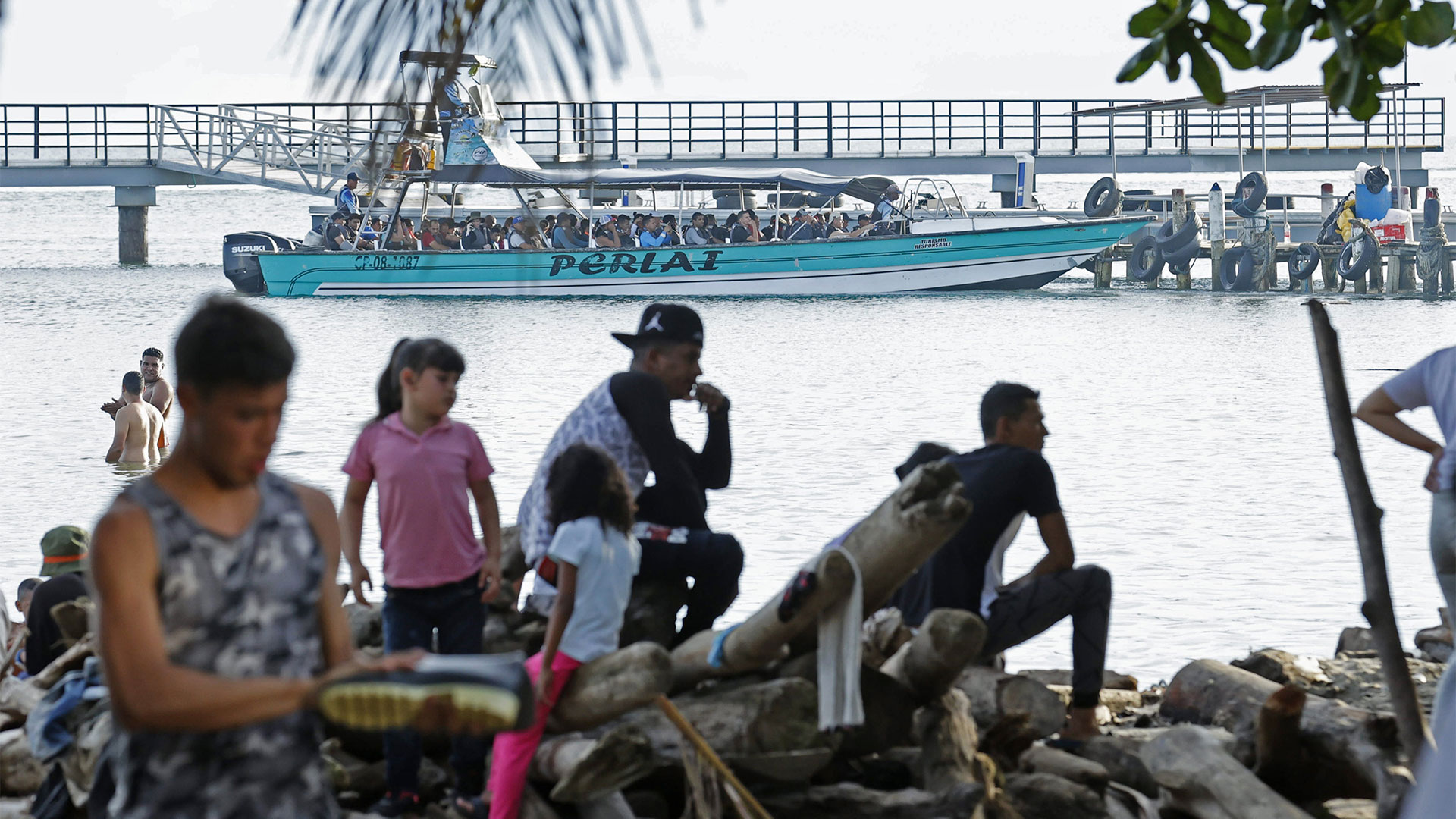 “The situation is difficult. This pod is going to explode in our faces”, confesses a person from Capurganá, the town that receives them on the other side of the Gulf of Urabá, almost on the border with Panama, and who knows the business well. He says that Every day between 1,200 and 1,600 people are passingwhile last year, due to limitations of the Colombian Government, only 650 could pass.

Since it began to receive this constant exodus of people in transit, a phenomenon that has always existed but exploded last year, Necoclí has ​​evolved. Migration is an easy business to perceive.

Now the building of the company that manages the boats that take the migrants -which is the same used by tourists who want to enjoy this paradisiacal corner of Colombia- is expanding: they bought three more boats. 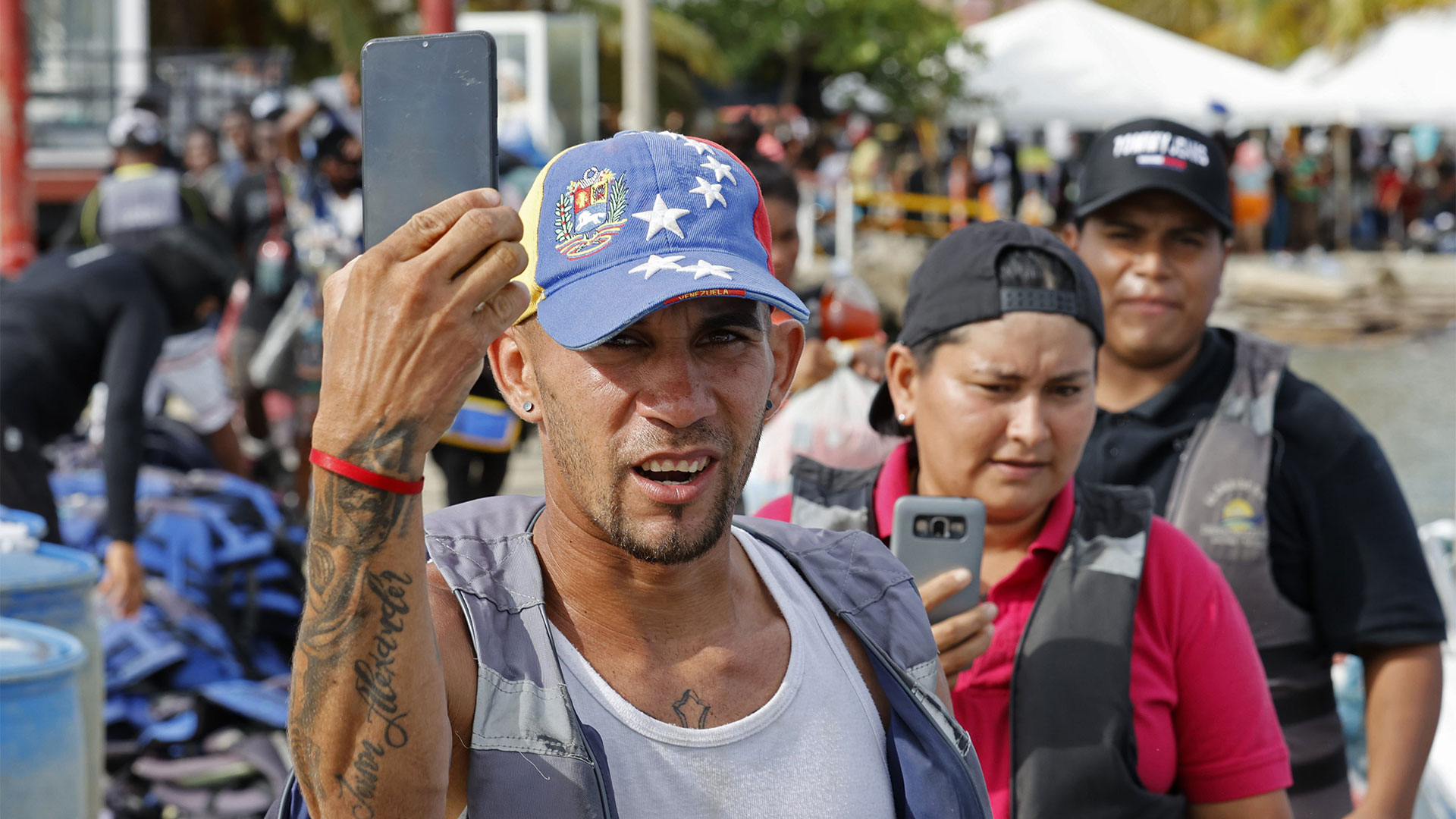 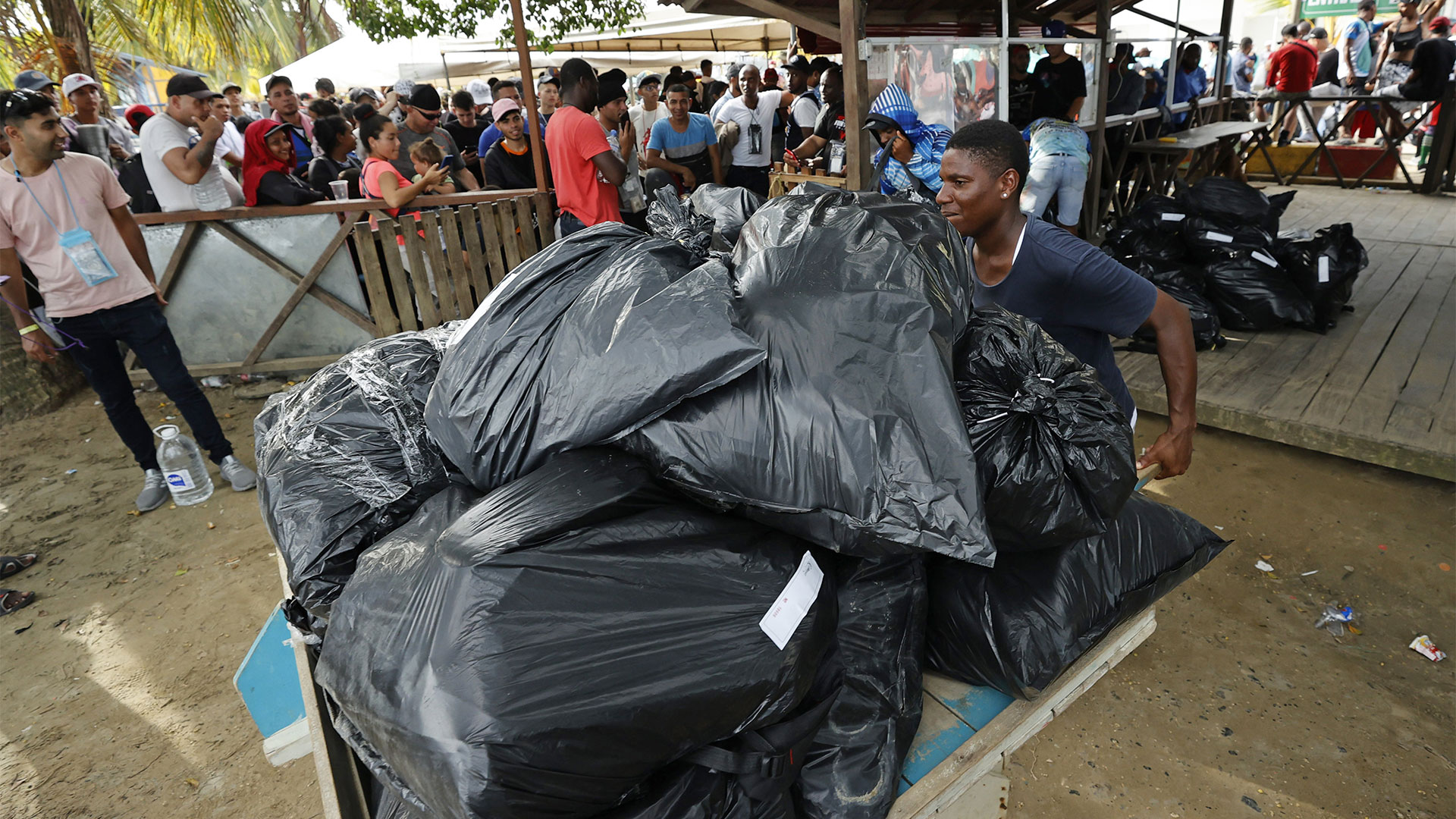 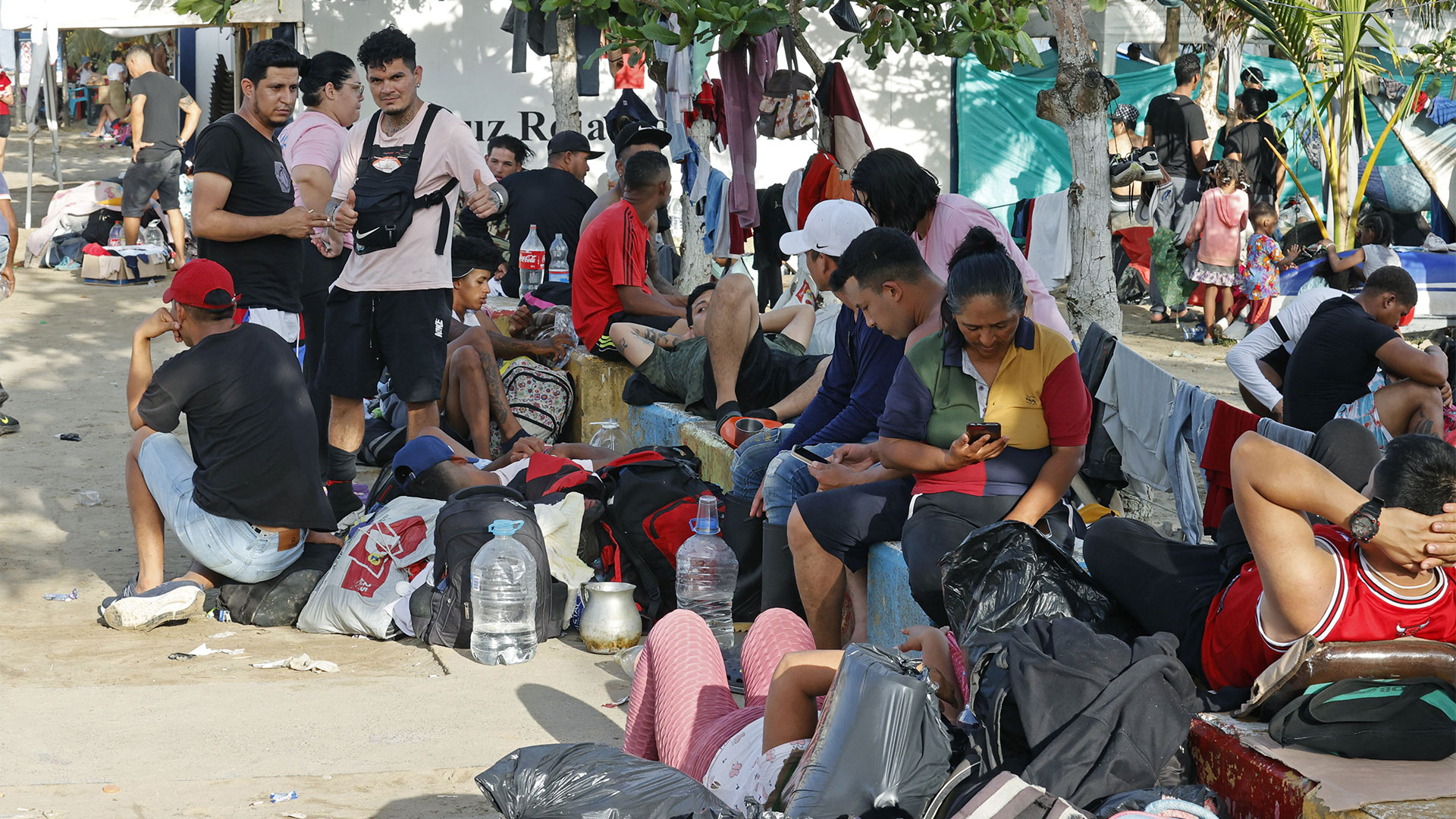 Migrants wait to board a boat to the border with Panama, on October 6, 2022, in Necocli (Colombia) (EFE/Mauricio Dueñas Castañeda)

There are more hotels and business casualselling food, rubber boots or changing dollars, flourish along the humble promenade where garbage accumulates in the corners and migrants walk from one place to another, collecting what is necessary for the journey through the jungle.

The 200-meter wooden plank pier now looks suspiciously at the brand new cement pier, which was built quickly, but which cannot be inaugurated because it is too high for the boats. 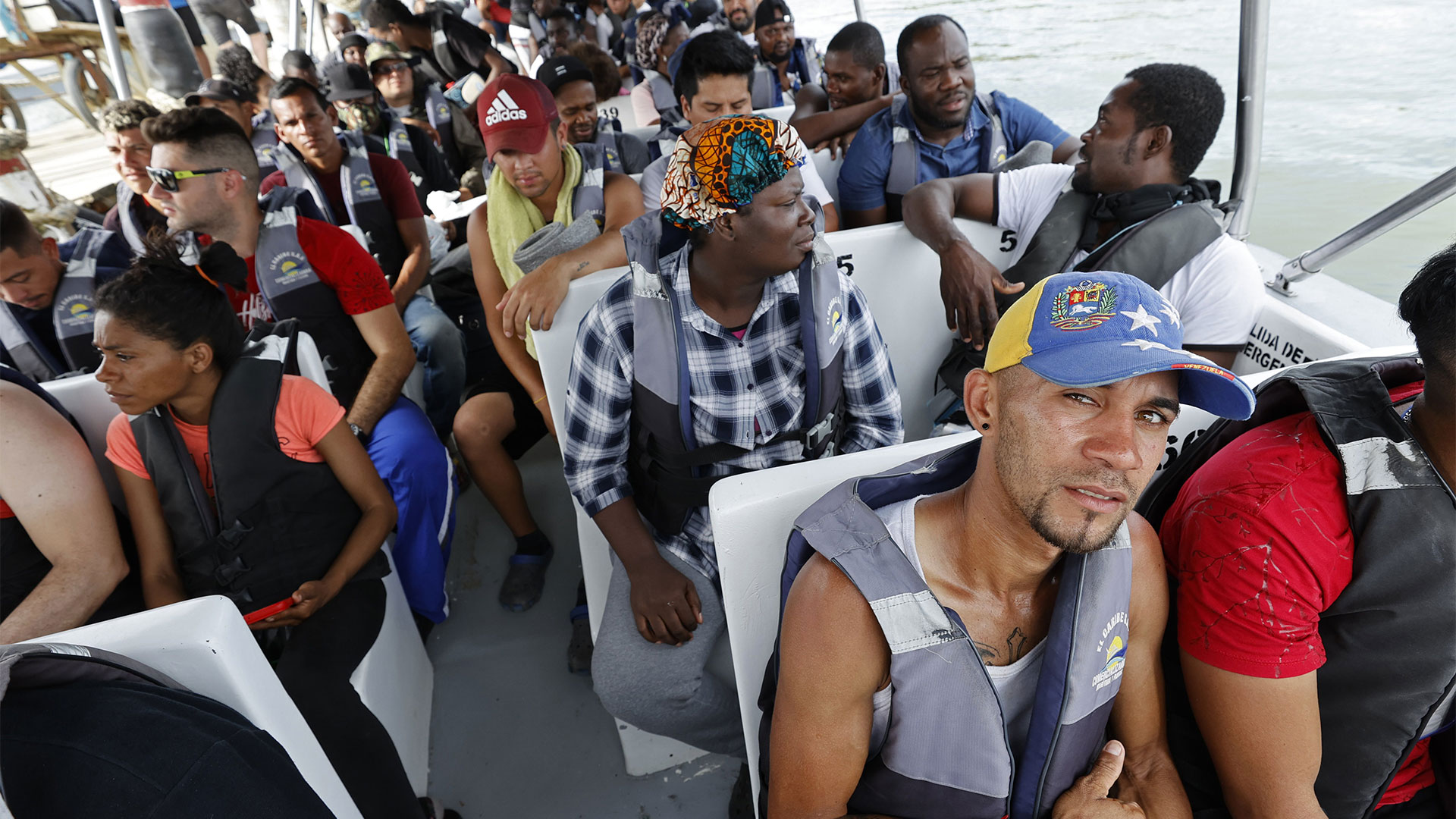 Migrants who have already boarded a boat (EFE/Mauricio Dueñas Castañeda)

Those who pass through here have also changed. While last year almost all were Haitians, this year more than 70% are Venezuelansome of whom get on the boats humming “Pedro Navaja”, by Panamanian Rubén Blades, when it is heard in the background.

Leonardo did not get tickets on the boats until Sunday, so his family, the 40 people who accompany him, will have to wait until then on the beach.

“Some say that Venezuela has improved, but it is a big lie”, says Yasmari, one of the members of this great family. They come from Venezuela – or from other countries where they first tried their luck, such as Peru, Chile or Colombia itself – encouraged by acquaintances who tell them from the United States that things are better there. 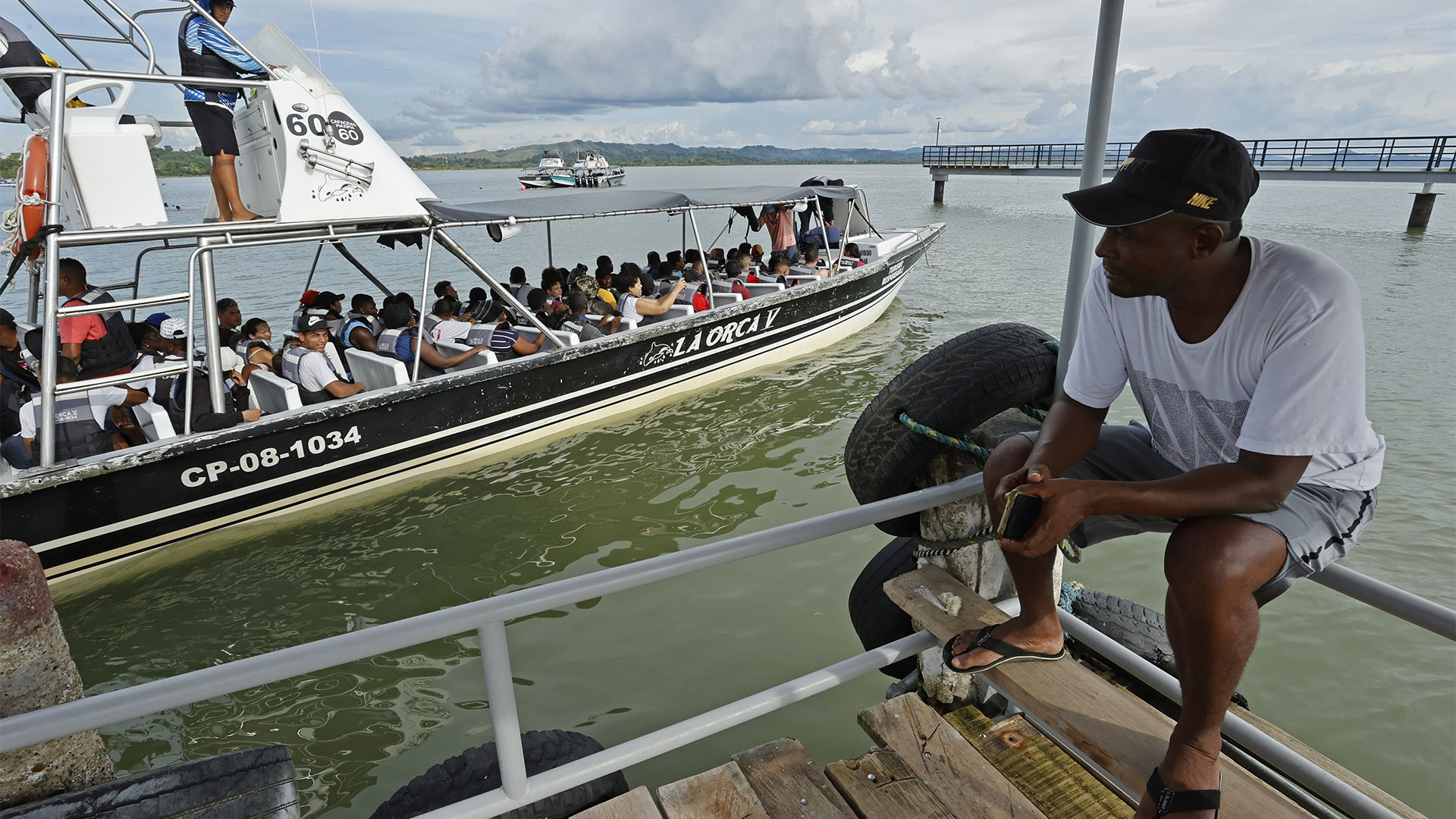 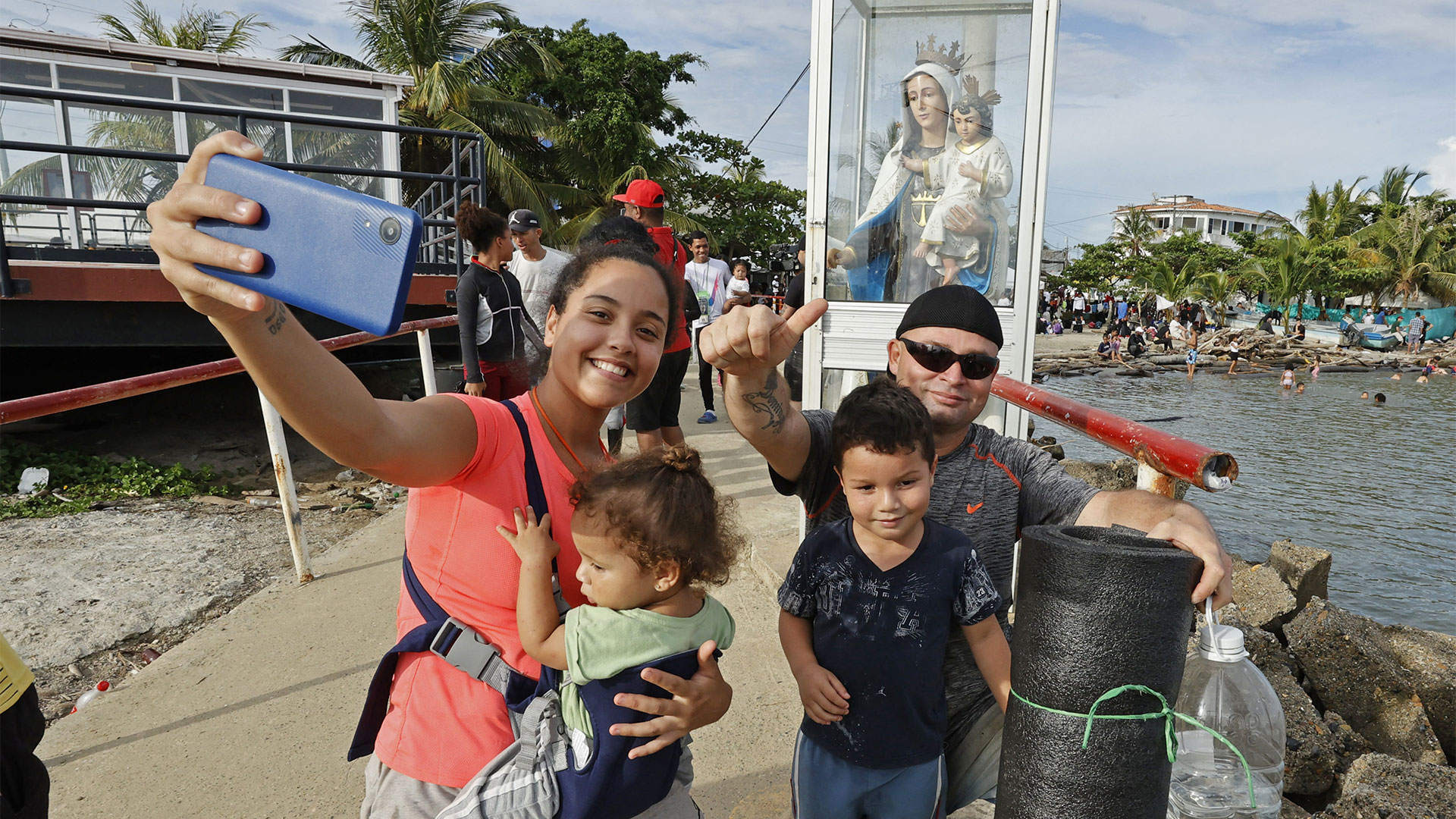 They do not hesitate to confess that they are afraid of what lies ahead, a jungle where the intrinsic risks of river floods, insect bites, steep hills full of mud and torrential rains are combined with robberies, rapes and other dangers.

But that, they say, is better than staying where they come from. Fear does not overshadow the will to achieve a future, even if that means making a reality that verges on the unreal and, above all, the inhuman, customary.