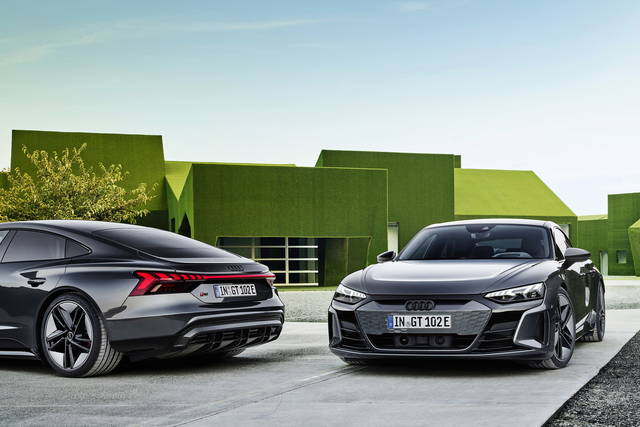 A MATCH FOR THREE – Also in 2021 L’Audi it failed to overtake its competitors BMW and Mercedes, confirming itself in third place in the special ranking of the three German brands that dominate the high-end car market. Indeed Audi has delivered 1,680,512 cars, against the 2,050,000 of the Mercedes and the 2,213,795 of the BMW (here And here to know more). The performance of the house of the four rings is substantially similar to that of 2020 with a variation of -0.7%.

E-TRON RANGE – In 2021 Audi sold 81,894 electric cars, up by 57.5% compared to the previous year, also thanks to the new models such as the e-tron GT and the Q4 e-tron, which have been added to the e-tron. By 2025, the house expects to have more than 20 fully electric models in the range, and starting in 2026, all new cars that will be launched will be electric only. Goals that will be achieved thanks to 18 billion euros earmarked for electrification out of a total investment amounting to 37 billion.

CHINA AND USA – As for the other markets, Audi closed 2021 in China with 701,289 vehicles delivered and a decrease of 3.6%. On the other hand, sales increased in the United States, where Audi topped the previous year, with 196,038 vehicles translating into a 5% increase. Deliveries of fully electric cars performed particularly well in the stars and stripes country, with a 52.5% increase over the previous year.