Although some things are changing in the industry, there are still signings that go against the laws of biology. Were there really no actresses available with an age according to her character?

Hollywood is afraid of hiring actresses over 30 years old. In a 2016 study conducted by Business Insider, the economists Robert Fleck and Andrew Hanssen concluded that there were not even 20% of female characters played by women over 40 years of age. The situation is devastating when compared to men, who live their moment of splendor in the industry after 30 years and remain ‘in crescendo’ until they are 67.

These analyzes show that Hollywood does not want women over 30

Turning years is a sentence for women who want to dedicate themselves to acting. Once they are out of their twenties, they have to make do with secondary characters, a few studio calls, or, directly, dedicate themselves to something else. Some would say that this situation is changing over the years, but signings are still taking place that go against the laws of biology.

We recently learned the news that Emmy Rossum was going to be the mother of Tom Holland in The Crowded Room, a new series for Apple TV +. There is the situation that Rossum is only 10 years older than his partner in fiction. The social networks soon exploded against this signing and, although nobody questions the interpretation of the actress of Shamelessmany attack the industry: no actress over 50 years old was suitable for the role?

This is not the only case we have seen in the history of cinema and television. There are cases of all kinds, from actresses who gave life to an actor’s lover before being his mother -just a few years later-, others who, according to calculations, should have had their daughter when she was one year old and other cases that they solved with a “in this universe you don’t get old”. Here are 9 actresses who were too young to be on-screen moms.

Nicole Kidman was chosen to be the mother of Aquaman, Atlanna, in the 2018 film and will be so again in its sequel, Aquaman and the Lost Kingdom, which will be released in 2022. It is not the first time that the famous interpreter embodies roles with children, far from it, but the age difference between the actress and Jason Momoa, in charge of playing her son, is striking, since they are barely 12 years old.

The signing of the interpreter for the role was the subject of some controversy in its day, since it was considered too young. However, Nicole Kidman was blunt: “In the context of the world of superheroes, everything balances out. Atlanna doesn’t really age.” Also, in statements to Variety, she was absolutely happy at the opportunity to work with James Wan, who is Australian like her and whom she claims to have followed her since her beginnings.

Angelina Jolie as Colin Farrell’s mother in ‘Alexander the Great’

In Alexander the Great, Angelina Jolie plays Olympias, the mother of the well-known governor Alexander the Great who was played by Colin Farrell. Although in fiction they have this mother-child relationship, in real life there is only a year difference between them. When the film was released, the actress was 29 years old and the actor 28.

Although it is true that the story unfolds in several times and we see Alejandro at different stages of his life, why not choose an actress who could really have been his mother in real life? Surely there is more than one candidate.

That Eva Green played the mother of Shailene Woodley’s character in the 2014 film White Bird in a Blizzard also made it a bit strange. The two actresses are only 11 years apart, and although the Big Little Lies singer played a 17-year-old teenager in the film – Woodley was 22 at the time – Green was still too young.

It is one of many examples in Hollywood in which a twentysomething is hired to give life to a teenage character and a woman in her 30s to play the role of a mother, which ultimately ends up translating into a minimal age difference that ends up being a bit absurd.

If the casting of Angelina Jolie to play Colin Farrell’s mother in Alexander the Great was the strangest, the choice of Winona Ryder as Zachary Quinto in Star Trek (2009) is not far behind.

The actress was only 6 years older than her son in fiction. This made sense in the Vulcan birth scene, but at other points in the film it was virtually impossible to trace her parentage. For these reasons it is easy to wonder why executives do not opt ​​for older actresses who can pass for their mother both when their children in fiction are younger and in other stages.

On the popular series Boardwalk Empire, actress Gretchen Mol (b. 1972) played Gillian Darmody, Jimmy’s mother, played by Michael Pitt (b. 1981). An age difference of just 9 years that was more than noticeable on screen.

However, it is one of the few cases in this special in which the small age difference is in keeping with the plot of the series, since it is revealed that Gillian had Jimmy when she was very, very young. In fact, she was a 13-year-old girl. Thus, mother and son have a fairly short age difference in the series.

While you were watching Orange is the new black, didn’t you think about how young Aleida Diaz looked in front of her daughter Daya? This is so because, in real life, the actresses who play her, Elizabeth Rodriguez and Dascha Polanco, are only two years apart. And here there are no ‘flashbacks’, different time lines or any other element that justifies the little difference. If mother and daughter are only 2 years apart, it is because the creators wanted it to be that way.

The situation worsens when you realize that Aleida Diaz’s character becomes a grandmother in prison. Not only is she not old enough to be Daya’s mother, but she also has a granddaughter. In real life, this would have been considered a miracle.

Fellow director Bryce Dallas Howard was chosen to play the role of Sheila Eileen, Elton John’s mother, in the 2019 musical film focused on the singer’s life, Rocketman. Taron Egerton, who played Elton John, was 28 years old when the film was shot, and the interpreter was only nine years older. A difference too small to be mother-son.

Also in this case, as they are characters based on real people, we can know how old Eileen and Elton were in reality: 22 years. Yes, Eileen was a young mother, but nine apart is, like so many examples on this list, an exaggeration. Especially when they probably had a long list of actresses to whom the role would have gone like a glove.

In Bad Girls there are two situations that occur less and less in fiction. For one thing, Rachel McAdams was 25 years old as she played high school student Regina George. For years, productions have pulled almost thirtysomethings to play teenagers and this is just one more case. The second bizarre situation has to do with Amy Poehler, who played her mother in the film. In real life, Poehler was only 7 years older than her fictional daughter.

Despite this difference, the comedian manages to put on a hilarious portrayal of June George, who just wants to be a “cool mom.” The film’s screenwriter is Tina Fey, a close friend of Poehler’s, so something tells us that he saw her as the ideal candidate to bring her character to life.

Possibly the most curious case on this list is that of Sally Field and Tom Hanks. The two actors have met several times throughout their careers and there is the strange situation that the actress gave life to the actor’s lover and his mother just a few years apart. How is this possible? Again, Hollywood executives and their reluctance to sign older women.

In 1988, the actors premiered What counts is the end, a comedy where a comedian helps a housewife who wants to succeed as a comedian. Field and Hanks played a loving couple, and five years later, she was playing her mother in Forrest Gump. In real life they only take 10 years. The dropout: fake, fake, until you can make it 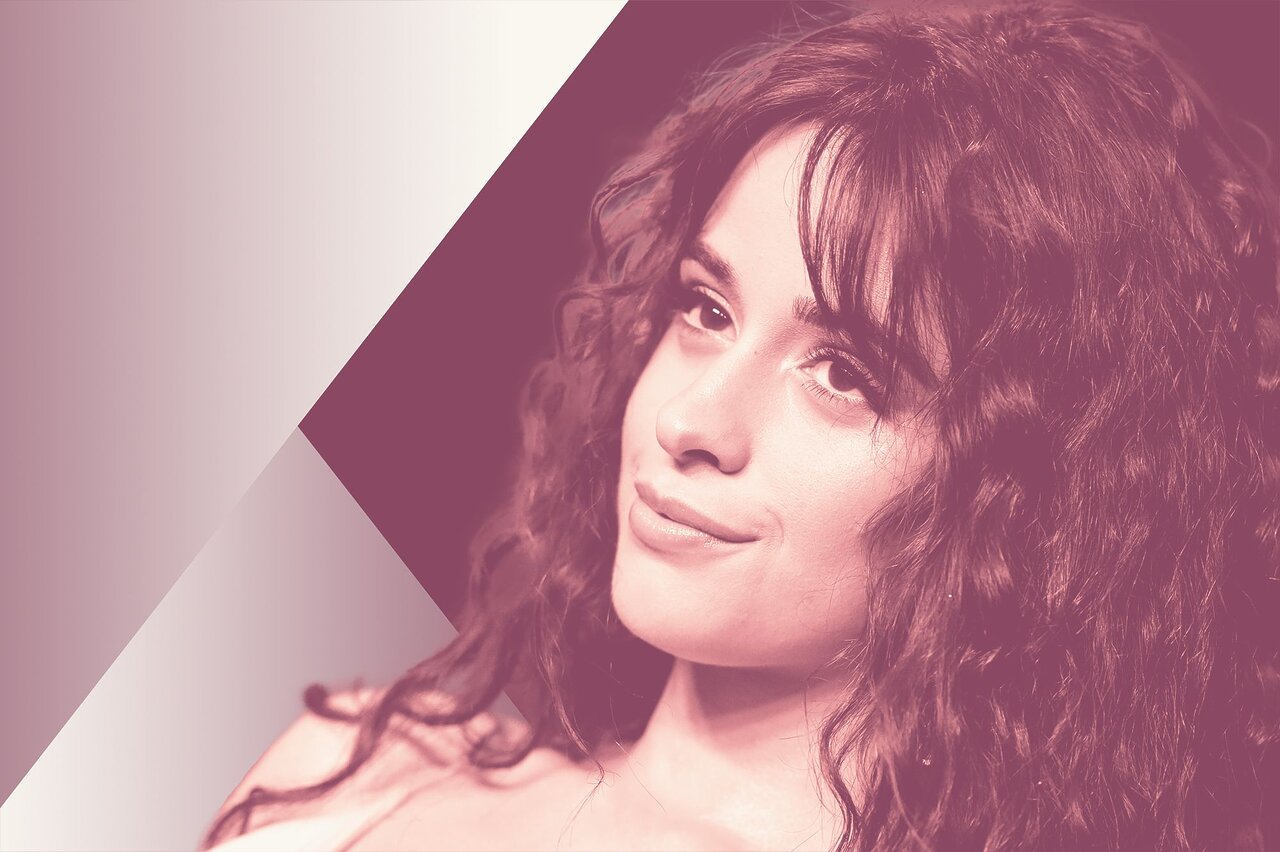 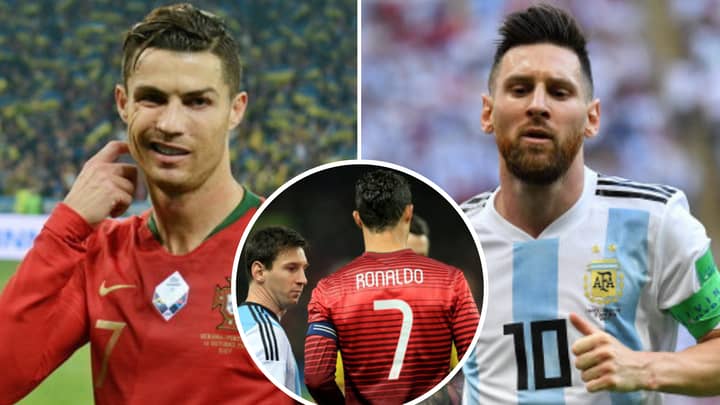