Agony UNRATEDthe uncensored version of the first-person horror adventure agonyha disappeared from steam libraries of the users who had bought it and also of those who had received it as a reward for supporting the project on Kickstarter. developers Madmind Studio say they are investigating the problem.

“Many of you have been contacting us to let us know that Agony UNRATED has been removed from your libraries. We have found that to be true and that both game versions (agony and Agony: Unrated) have been unlinked by Steam”, they say from Madmind in a statement in which they point to the store as guilty of the situation. 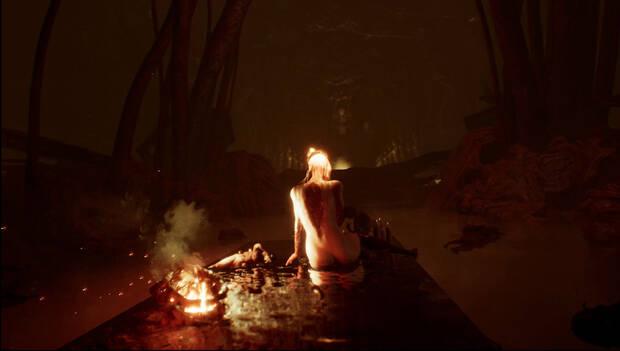 “As many of you know, until now, if you bought agony you also receive a copy of Agony UNRATED in your library. This has always been our intended way of doing this and that hasn’t changed. As some of you know, games with themes similar to ours can sometimes face difficulties on this platform”, add the developers of a title whose most popular tags on Steam “sexual content”, “nudity” and “gore”.

The Polish studio is still investigating the issue and they say they will announce the possible fix on the game’s Steam page: “Unfortunately, we still do not have all the knowledge of why they were unlinked and we can’t link the games again using our own tools, so we’re in contact steam support to come up with a solution that satisfies everyone.

The comings and goings with the censorship from agony

The truth is that the uncensored version of agony It has had its ups and downs. The title began its development and its patronage campaign in Kickstarter in 2015. The initial launch was scheduled for March 30, 2018, but in order to publish the game on consoles had to downgrade its contents and delayed until May of that year.

They promised a patch on PC to restore those contents, but to avoid legal problems they said they were leaving it aside. In June 2018 they announced that the studio itself would publish that Unrated version directly… and at the end of the same month they canceled it again. Finally, in October they announced the Agony Unrated at hand: it arrived at the end of that month.