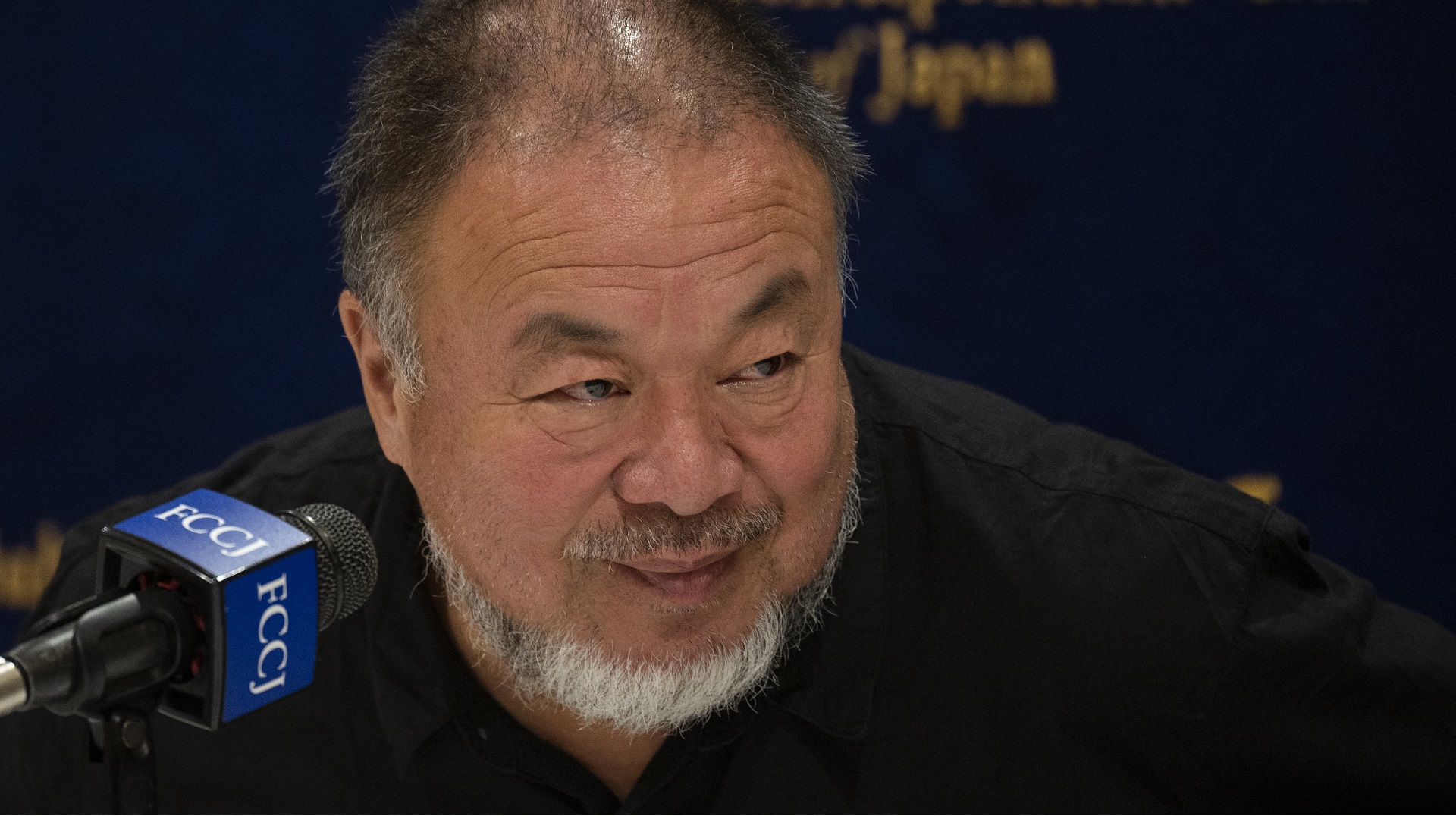 The forced departure of the former Chinese president Hu Jintao of communist party congress shows the extent to which the country’s leaders have become “ruthless,” the dissident artist declared Monday in Tokyo Ai Weiwei.

In statements made the day after Xi Jinping was re-elected for a third term as head of the Communist Party of China, Ai Weiwei, who lives in Europe since 2015, described in his own way the moment in which Hu Jintao (79 years old) was escorted, against his will, towards the exit during the closing ceremony of the congress, on Saturday in beijing.

“It looks a lot like a photomontage” because “nobody moves or blinks. They simply force him out. But that shows how ruthless the top leaders of the central government are,” said Ai Weiwei.

The former Chinese president was escorted outside the compound

That moment “shows the deep reality of the core of communist society” and is “a very small glimpse” into “the continuous internal struggle for power” in the Communist Party of China (CPC) since its founding in 1921, Ai said in a press conference held Monday at the Foreign Correspondents’ Club of Japan.

It may interest you: Vladimir Putin, Kim Jong-un and Nicolás Maduro warmly greeted Xi Jinping for his re-election for a third term

“A great nation – 1.4 billion people – is controlled by a group of people who have no respect, not just for the rules, but really have no personal feelings or emotions or friendship or friendship. [ganas] to worry a little” about people.

Ai compared the moment to a poker game where the party members were the players putting on their poker faces. “From my point of view, that fight never stops, in any generation,” continued the activist, who said about the new composition of the single party, of people more similar and loyal to Xi, which is intended to “ensure that his political agenda to be continue”. 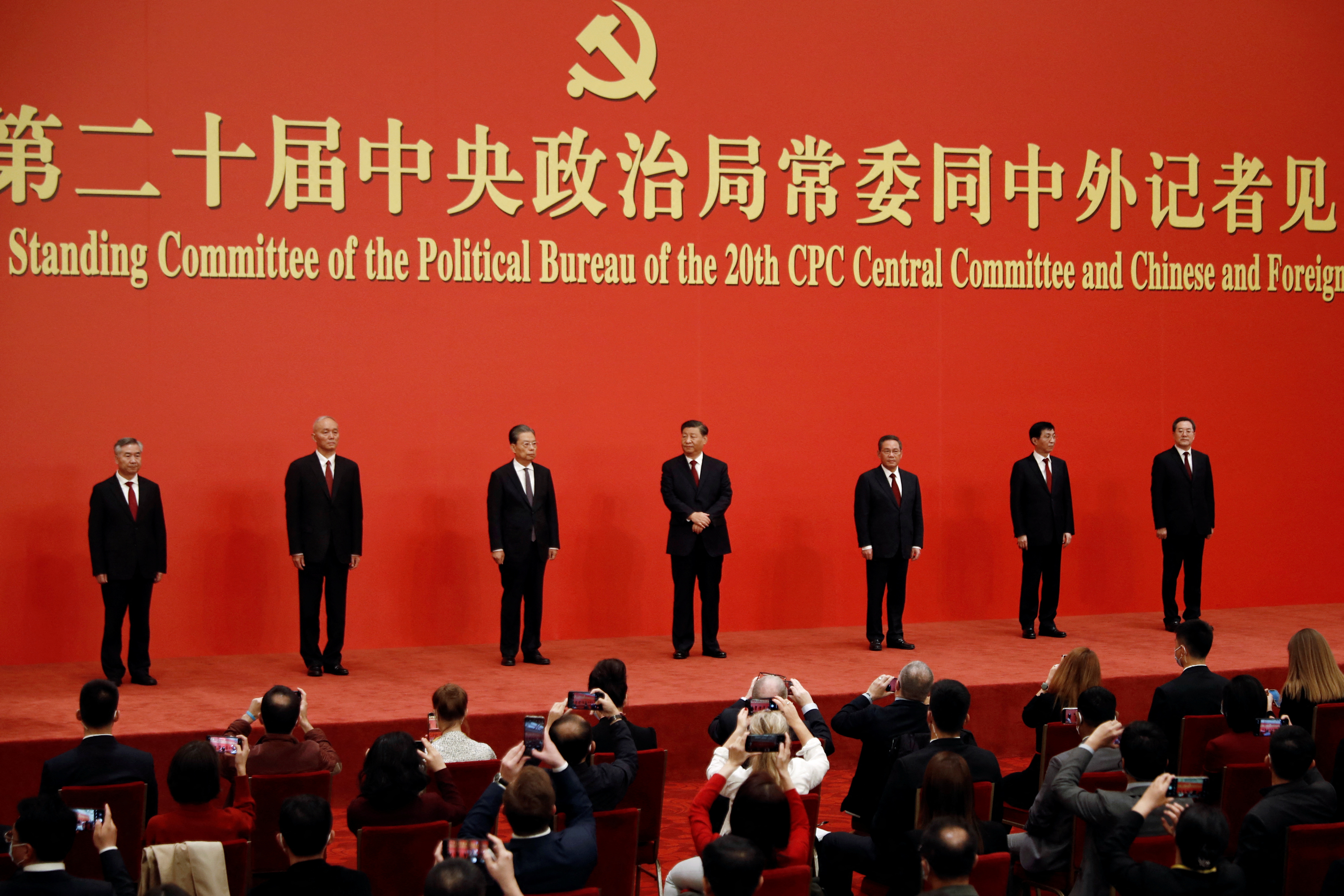 The new Standing Committee of the PCC politburo (Reuters)

Xi’s permanence in power, who secured an unprecedented third term this Sunday at the head of the single Chinese party, “also supposes his survival.”

“If he falls, he will be really in trouble,” said Ai Weiwei, noting that he has used corruption as a tool to “selectively” purge 4,000 or 5,000 officials and more than a hundred generals, “people he didn’t like.” , which makes his potential departure “dangerous for him and for Chinese society.”

It may interest you: Xi Jinping obtained his third term after being appointed General Secretary of the Central Committee of the Communist Party

Ai Weiwei, 65, the son of a poet revered by former communist leaders, participated as an architect in the design of the famous “Bird’s Nest” stadium built for the 2008 Beijing Olympics. But he fell out of favor by criticizing the Chinese government and in 2011 spent 81 days in jail. Four years later, he settled in Germany.

The artist stated that Chinese leaders “don’t care so much anymore” about improving economy and that, rather, “they want to reinterpret the world order.”

“Not only China but also Russia, [el presidente ruso, Vladimir] Putin He has also mentioned it. They do not like the way he has designed the game in the West, which also has many problems, ”said the dissenting artist.

(With information from AFP and EFE)