Alicia Machado is happy with life. As she revealed in a live that she did on her Instagram account, she has been dating a man for four months, of whom she did not want to reveal more details. The former Miss Universe wants to enjoy this new stage of her life in a discreet way.

It was for Mother’s Day that Alicia Machado revealed that she was active in a dating application, of which she is the face. Although the 46-year-old former Miss Universe did not reveal if she met her new love on the dating app, she did want to share her helpful tips for finding a boyfriend on dating apps as a single mom like her.

The first piece of advice from the Venezuelan was not to delve into the problems that you may have with your children when you meet someone. “Don’t start unloading your children’s problems with a man, least of all on a first date. In Chispa the man already knows that you are a single mother, if you have it in your profile, then he knows where he is going. Be yourself, and he lets the rest come later, “she explained in an interview with the newspaper La Opinion.

The second advice that Machado gave is based on worrying about having a good image, something that many single mothers stop doing due to lack of time. “Get pretty and plan to conquer. You are a mother and you are a woman worthy of a relationship, there is no excuse not to look beautiful when you go out on a date, “she stressed.

The winner of the first season of the reality show “La Casa de los Famosos”, also referred to her daughter Dinorah Valentina, who at the age of thirteen little by little begins to make her own life, which indicates to her as a single mother that He must also rebuild his love life.

“I have a 13-year-old daughter and I want the opportunity to rebuild my romantic life. I love dating apps, especially Chispa, because I can meet partners who share my values ​​and culture. As a Latina, it is not easy to find a partner with children because they are your whole life. In these last 13 years, my daughter has seen me in only two relationships and always keeping a certain distance. However, I don’t want to be left alone either because I know that one day she will have her own family,” she explained.

This week Machado made news not only for revealing that he has a partner, but also for the advice he sent to Ivonne Montero in her confinement in the second season of La Casa de los Famosos. The Venezuelan could not keep silent in the face of Montero’s condescending attitude towards her ex, Eduardo Rodríguez, who in turn has shown interest in the actress Daniela Navarro.

“Ivonne has to empower herself. Mommy, when a man sends you two or three signs that he no longer wants with you, you in royal, in divine, turn around and leave it to the other, let him take advantage of it and that’s it, ”she advised. 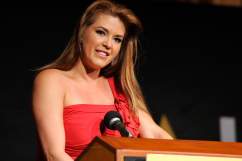 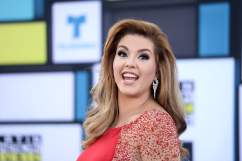