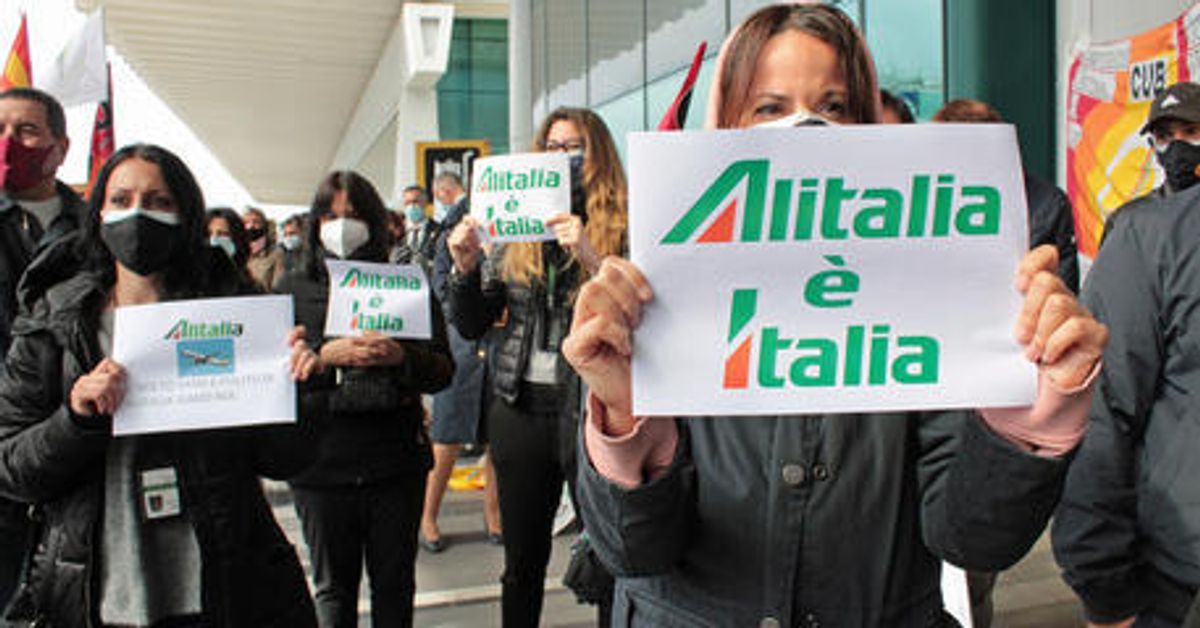 On the night of last October 14, among the tears of the crews, the last Alitalia flight landed at Fiumicino, between Cagliari and Rome. It was the end of an era. Thousands of workers greeted the mistreated brand face of Made in Italy in the world forever.

The newco ITA would then rise from its ashes, born with the umpteenth promise from the management class to relaunch the national airline in its new guise. After all, this is what a manager does, or should do: take a company and put it back on track. Above all if he was paid lavishly to manage a company that for years was funded with public money that enriched executives who, given how it turned out, were not able to make effective choices to revive the fortunes of Alitalia.

Indeed, they accompanied her to the bedside making it a sort of ‘bad company’ in which they spilled, together with losses and debts, all their incompetence and inability, limiting themselves to using it as an ATM to get by on her shoulders as long as they were allowed by the various governments that have followed one another.

But was Alitalia really a bad investment to the point of being sunk, as they want you to believe? On the basis of an analysis by Corriere della Sera last March, the public money invested has instead yielded a good deal of income. To be precise, in three years of extraordinary administration (2017-2019) and before the covid “against public disbursements of 1.3 billion euros (and 300 million in interest) – explains Corsera – Alitalia has ‘returned’ to Italian system 2.23 billion for a ‘positive’ result of 630 million euros “.

After a few months, we arrive in September 2021, the EU Commission accuses the state funds in favor of Alitalia, stating that the two loans granted in 2017, for a total of 900 million, are configured as State aid and that, on the basis of the plan of Italy relating to ITA, must be returned by the old company, or Alitalia. So comfortable, isn’t it?
In recent days, the president of ITA, Alfredo Altavilla, during a hearing in the Transport Commission in the Chamber, speaking of the approximately 600 redundancies of Alitalia, said that they cannot be summarized as ITA is not the “Red Cross of Alitalia employees”.

I am really appalled by so much arrogance, rudeness and total lack of respect for people’s dignity. Rather, it should be remembered that ITA is not the pasture for fearful executives who, in addition to pocketing the market value of a historic brand built with years of good public money, are not capable of courageous and effective choices.

All this in the face of the fact that at the moment it has not yet been possible to view an excerpt of the Industrial Plan to get the company off the ground: the only certainty, unfortunately, is only the dismissal of hundreds of workers for cost containment. A managerial strategy that certainly does not stand out for its originality in terms of optimizing the cost-benefit ratio.

The government intervenes to protect a public good that has made the history of Made in Italy and finally give Italy the national airline that our country deserves, where everyone wants to come. We have no difficulty in attracting. It is just a matter of opening the doors to investors and managers who want to do their job, and not just reducing expenses by cutting what has been built up to now at the expense of all Italian citizens.

Otherwise in a few years we will find ourselves again with the bankrupt national airline, probably celebrating its final funeral, and the only result will have been to leave the domestic flight sector to other foreign competitors. And this is certainly not what Italy and the EU want. Right?