“Diary of a seducer”: in this film began the romance between Johnny Depp and Amber Heard. Report by Santiago Garcia.

Seducer’s Diary (The Rum Diary, 2011) has, like many films in the history of cinema, the rare privilege of recording the beginning of a romance or its development. From Humphrey Bogart Y Lauren Bacall in to have and not to have (1944) until The Mary (1974) with Susana Gimenez Y Carlos Monzonthere are dozens of examples of these stories that were forever immortalized on film, for better or worse. Diary of a seducer It was filmed eleven years ago, but in 2022 it has gained new importance, so seeing it not only has the value in itself of enjoying the film, but also the record of an explosive chemistry that would end in disaster. The films tell what they want to tell and also end up exposing unexpected things. 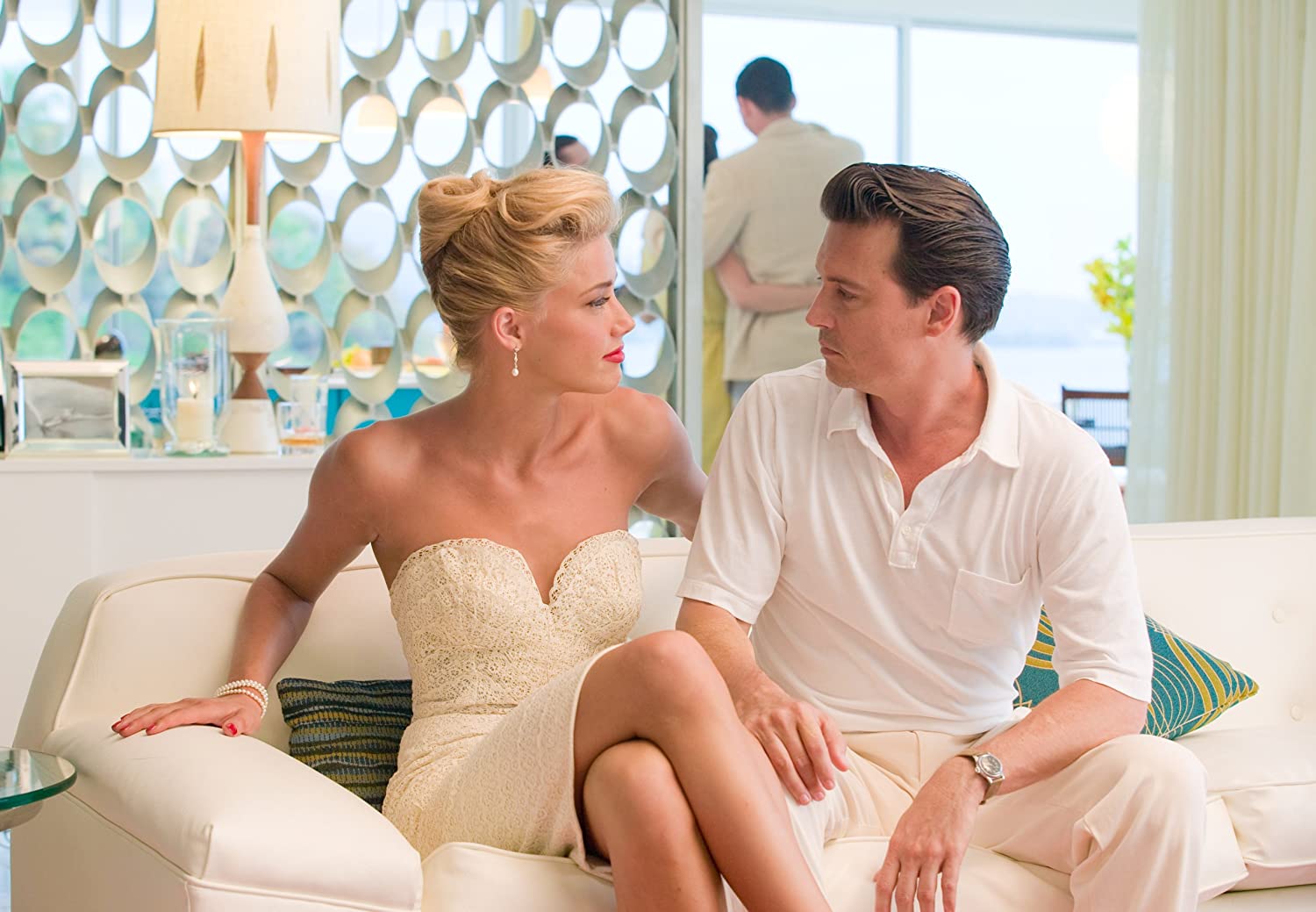 Other actresses were on the list to star in the role that would end up in the hands of Amber Heard. Scarlett Johansson and Keira Knightley were candidates. (FilmDistrict)

Diary of a seducer -remember that its original title is very different- is a book by the great writer and personal friend of Johnny Depp, Hunter S. Thompson. The story, very autobiographical, is that of Kemp (Depp), a writer who in the sixties has not been successful and travels to San Juan, Puerto Rico, to work as a journalist in a small local newspaper. His personal quest and his self-destructive spirit stain his entire relationship with the place, including his friendships and his uncontrolled drinking. But a new problem will appear when he meets Chenault (Amber Heard), a seductive woman with whom he connects immediately. The relationship, although it seems like a genuine romance, represents a problem for both of them, because she is in a relationship with Sanderson (Aaron Eckhart), one of the most powerful Americans who have settled in Puerto Rico. 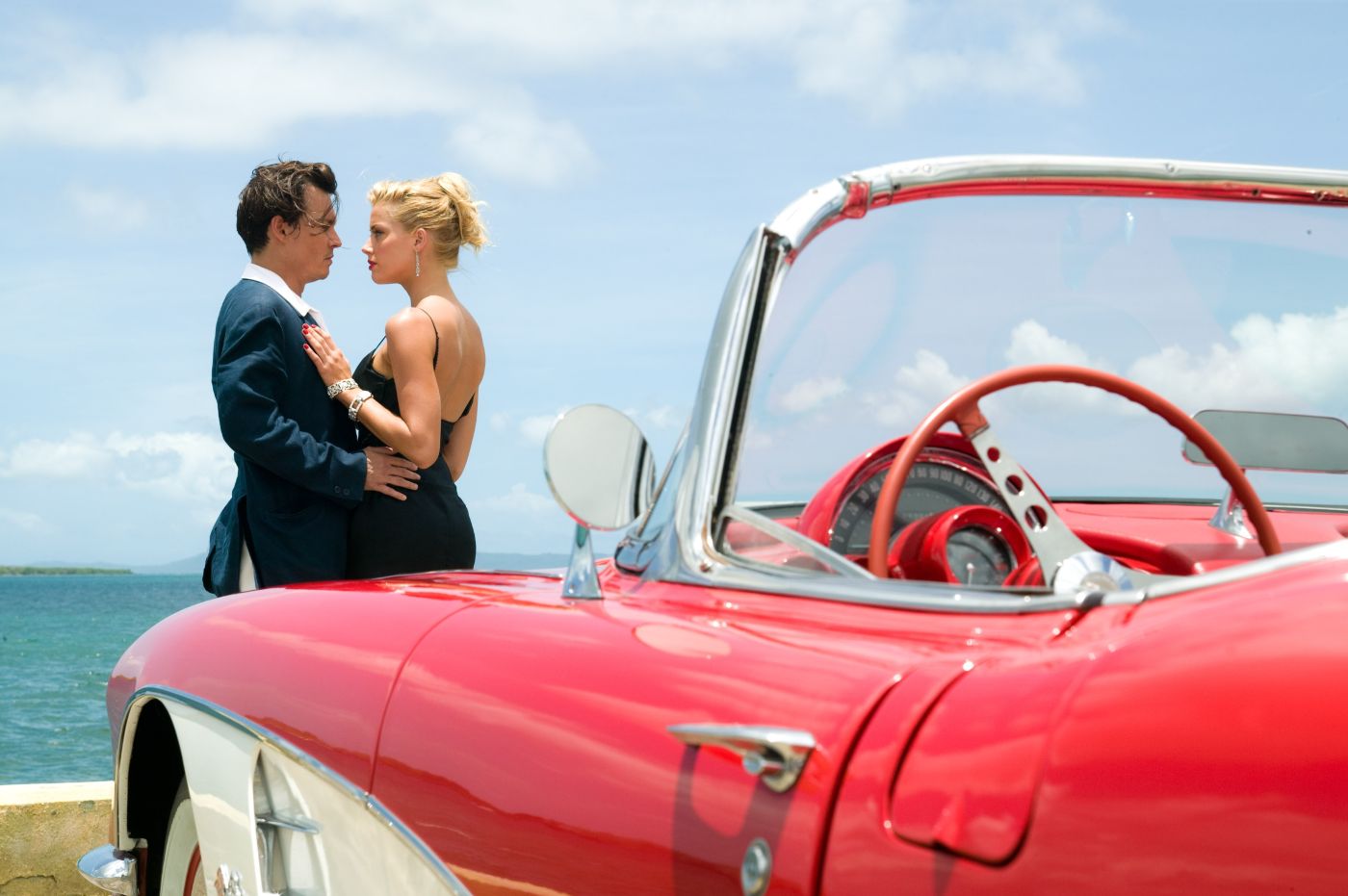 “Diary of a Seducer” was filmed eleven years ago. (FilmDistrict)

There are many very interesting elements beyond the meeting between Johnny Depp and Amber Heard, but it is clear that something of what happened off the screen is still perceived today in front of the cameras. Johnny Depp in 2011 might no longer be at the peak of his acting career, but he was still part of blockbuster projects that he alternated with smaller productions like this one. His character of Jack Sparrow, as well as his collaborations with Tim Burton were part of his filmography. Amber Heard was an actress with a much less relevant but solid and rising career, especially considering that she was twenty-five years old at the time, while Johnny Depp was forty-eight. They chose each other without knowing what would come next. 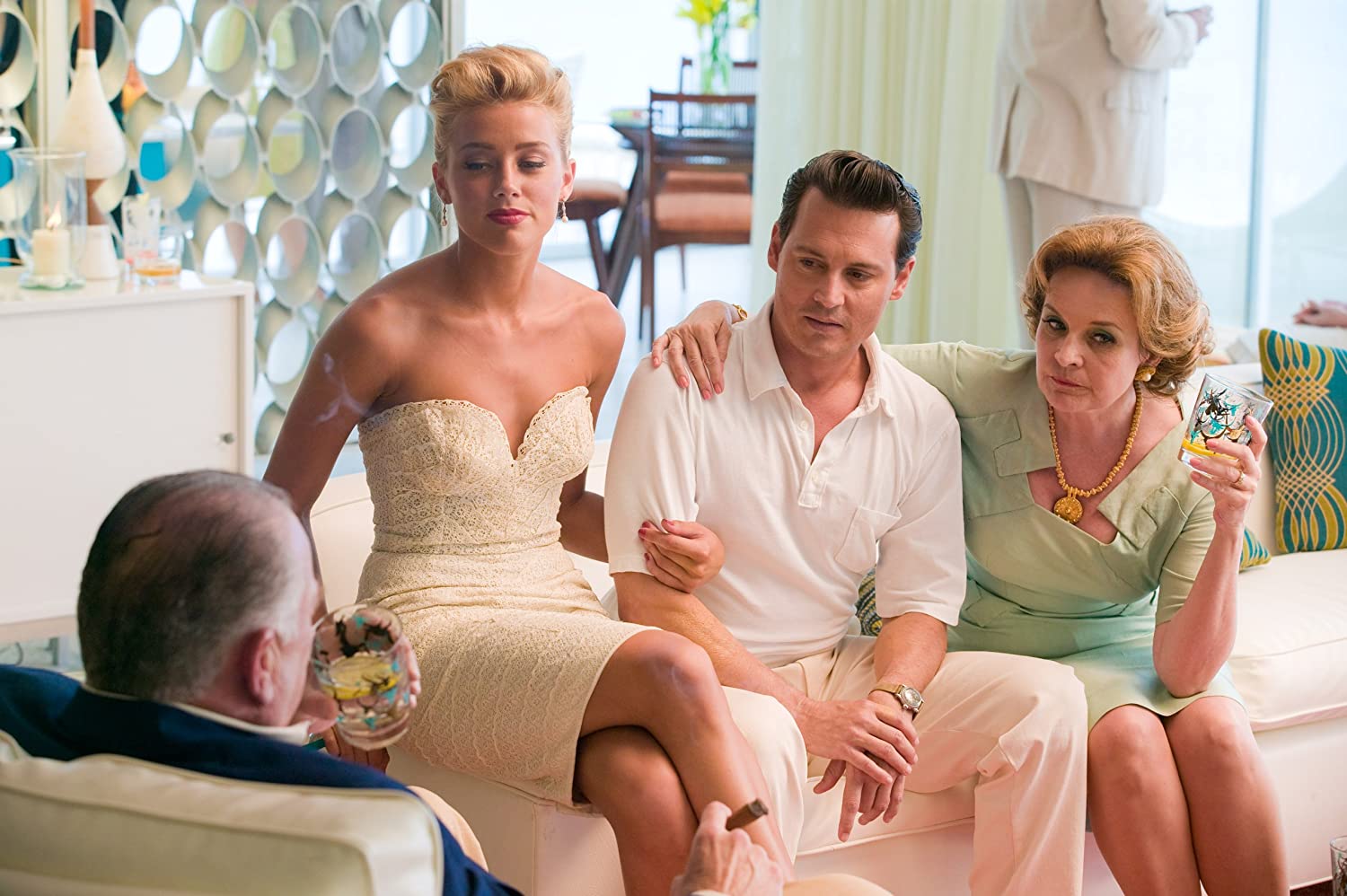 “Seeing her not only has the value in itself of enjoying the movie, but the record of an explosive chemistry that would end in disaster.” (FilmDistrict)

But the film was not intended for that, other actresses were on the list to star in the role that would end up in the hands of Amber Heard. Scarlett Johansson Y Keira Knightley they were considered for the role of Chenault. He who did have a more personal link with the role was Johnny Depp, his friendship with Hunter S. Thompson (who died in 2005 and to whom it is dedicated Diary of a seducer) includes having starred in Thompson’s novel Panic and Madness in Las Vegas (Fear and Loathing in Las Vegas) in 2008, together with Benicio Del Toro. When Johnny Depp started filming Diary of a seducer he had given up alcohol, but for his role he decided to drink again, in order to connect with the character. The alcohol flowed throughout the shoot, apparently in order to get the right climate, not just for the leading lady in it. 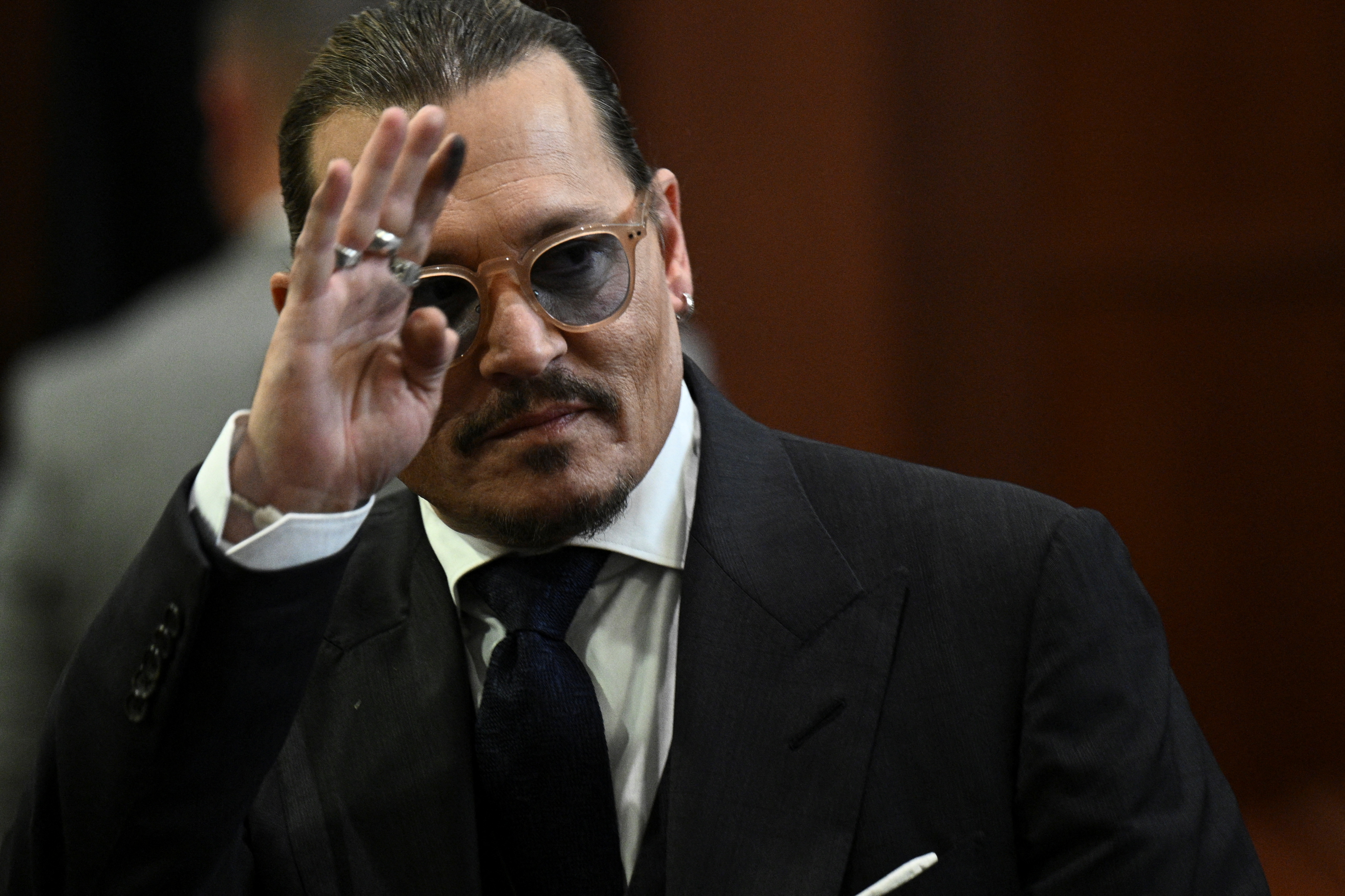 Johnny Depp and Amber Heard officially began their relationship in 2012, and were married in 2015. (Brendan Smialowski/Pool via REUTERS)

Few pay attention to the filmmaker, Bruce Robinson, a director with few titles in his work but with two very important films in the history of cinema. In the first place he was the screenwriter of the screams of silence (The Killing Fields1984) and secondly, he directed a title that appears in absolutely all cult film anthologies: Withnail and me (1987). Seducer’s Diary it also has a meticulous period reconstruction and a very successful climate. Even as an adaptation of Hunter S. Thompson, it is much more successful than the other film already mentioned. A cast of great actors complete this attractive film available now on Prime Video.

Johnny Depp and Amber Heard officially began their relationship in 2012, got married in 2015 and separated in 2016. In 2017 they divorced but the scandal was just beginning. Amber Heard requested a restraining order against the actor for physical and mental violence, but she withdrew the accusation after a settlement for seven million dollars. In 2018 Heard gave a report with serious accusations against Depp without saying his name. The actor filed a lawsuit against Amber Heard for defamation in 2019 and this is what brought them to court in 2022 in a scandalous public trial. 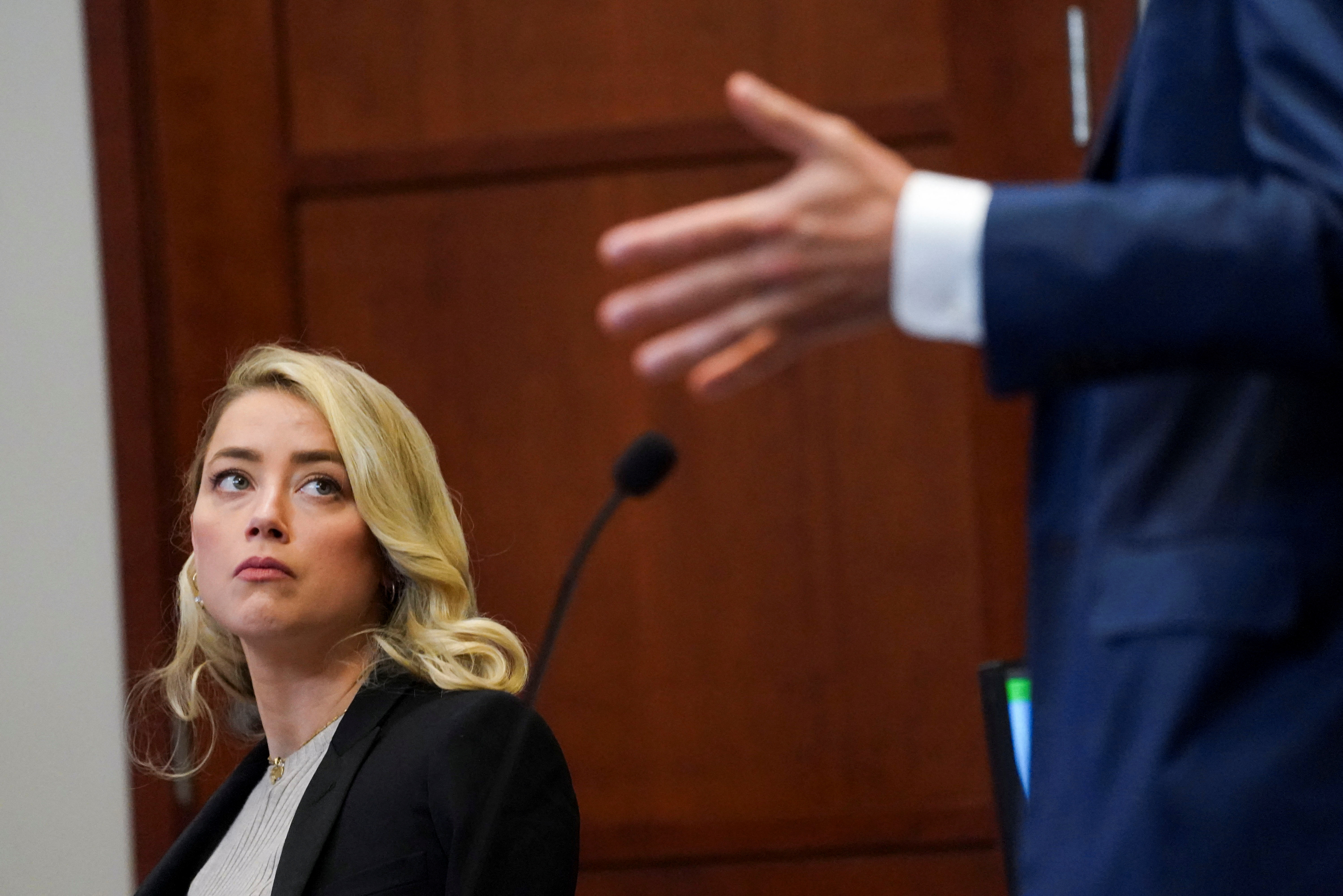 Currently, both actors are in court in a scandalous public trial. (REUTERS/Kevin Lamarque/Pool)

Johnny Depp continued to make films but lost several important roles, including the role of Grindewald in the saga of Fantastic animals and where to find them. It is not yet clear if he will continue playing Jack Sparrow in the movies of Pirates of the Caribbean. Amber Heard’s career still carries weight because she is part of the cast of Aquaman, but fans have collected four million signatures for her to be excluded from those films. What happens off the screen should not matter in the least when it comes to enjoying what happens on it, but cinema is a business and also an expression of the time in which they are made. At first winds ran against Johnny Depp, but today the opposite is happening. Meanwhile, it’s Diary of a seducera film to be recovered and that, as an extra, immortalizes a moment of chemistry between two people that nothing and no one can erase.

Halftime: watch the trailer of the Jennifer Lopez documentary
Hunch: political intrigue, melodrama and police crime about organ trafficking are mixed in this extreme fiction
The new adaptation of flames of revengethe Stephen King book, distances itself from the 1984 film