“It is now known that there is a correlation between air pollution, smog and an increase in allergic diseases. As evidence of this, there is a higher incidence of allergies among people who live in urban areas compared to those who wine in rural areas. Quitting smoking would certainly be a good action, as well as trying to reduce one’s exposure to all forms of air pollution and eating a healthy diet rich in fruit and vegetables ”. So the doctor Rosa Micolihead of the Humanitas Gavazzeni allergy clinic and allergist at Humanitas Medical Care in Bergamo, gives some advice on how to best deal with seasonal allergies, which afflict many people, especially in spring.

With the arrival of summer, more time is spent outdoors. It is certainly good for you, but there are also risks: from allergies to pollution, it is essential to protect yourself and protect the health of your lungs.

Doctor, can increased exposure to fine dust affect our health?

95% of the European population, living in urban areas, is exposed to “traffic related air pollutio”, known as “Trap”. This favors the onset of allergic diseases such as asthma, rhinitis and atopic dermatitis. Pollutants interact with pollen grains causing greater release of antigens. Other polluting elements are low molecular weight particulates which cause inflammation in the airways. This modifies the permeability of the mucous membranes and therefore can facilitate the entry of pollen and other allergens (such as spores, mites and epithelia) and subsequent contact with cells of the immune system.

What are the most common allergies in spring?

The most common allergies in spring are those caused by pollen from arboreal plants such as birch, hazel, cypress, olive and herbaceous such as grasses and parietaria.

What triggers them? Why do we develop allergies?

Allergies are caused by a combination of hereditary and environmental causes. At the base of allergic diseases there is a lack of recognition by the immune system of normally harmless substances such as pollen, animals, foods, chemicals, etc. This lack of “tolerance” leads to the formation of specific antibodies, IgE, which in turn bind to mast cells. When allergens come into contact with IgE linked to mast cells, these release harmful substances that cause inflammation and damage to the mucous membranes and organs affected (nose, conjunctiva, bronchi, skin).

And what are the “alarm bells” of an allergy?

The alarm bells are the family predisposition to allergies, the frequency of symptoms and the type of symptoms themselves. If a patient with one of the parents, a grandfather, an allergic uncle complains, for example, rhinitis symptoms characterized by nasal itching, sneezing and watery rhinorrhea, ocular and / or throat itching in spring, especially outdoors presents all the alarm bells of an allergic.

When should I go to an allergist?

It would be advisable to contact the allergist when respiratory and / or skin symptoms appear, but especially when rhinitis symptoms, for example, are associated with sinusitis, or the symptoms are present for several months in a year, or when the drugs taken are not effective or even the symptoms interfere with daily activity or even affect the night’s rest.

Is neglecting an allergy dangerous? What can this entail?

Allergic symptoms, even if they initially appear in a mild and non-persistent form, can suddenly worsen over the years or even months, conditioning and compromising the quality of sleep, the ability to concentrate, the mood itself, causing greater irritability with repercussions on the quality of life and in the various professional fields of work and / or study. Then there is for some subjects and some types of allergological sensitization a natural “allergic march” which leads, for example, a simple rhinitis to evolve towards a more feared bronchial asthma.

How can we understand what we are allergic to?

At the time of the visit, after a careful medical history, the allergist decides the most suitable diagnostic procedure for each patient and can subject the patient to skin prick tests for aerollergens, such as mites, pollen, molds, epidermal derivatives of animals or perform blood tests looking for and measuring specific IgE or, in some cases, molecular recombinants, for the different allergens. This allows you to make a diagnosis in patients who cannot perform skin tests, in cases of doubtful skin tests, or go for an even more precise diagnosis, for example for the study of any cross reactions between inhalants and foods (for example between mites / shellfish or pollen / fruit and vegetables)

Finally, what can we do to reduce the ailments caused by allergies?

In the case of environmental allergens such as pollen with which contact cannot be avoided, fortunately there are topical drugs based on steroids, chromones, anti-histminics such as nasal sprays, eye drops and bronchial inhalers, steroids and systemic antihistamines. These therapies reduce symptoms and inflammation due to allergy.
But there is a therapy that instead acts on the cause of the allergy itself: specific immunotherapy also called hyposensitization / desenitization and better known as allergy vaccination. This treatment allows to obtain a gradual immunization, bringing the immune system to get used to the allergens. Immunotherapy is the only therapy capable of interrupting the “allergic march” and thus avoiding more serious forms of allergy. 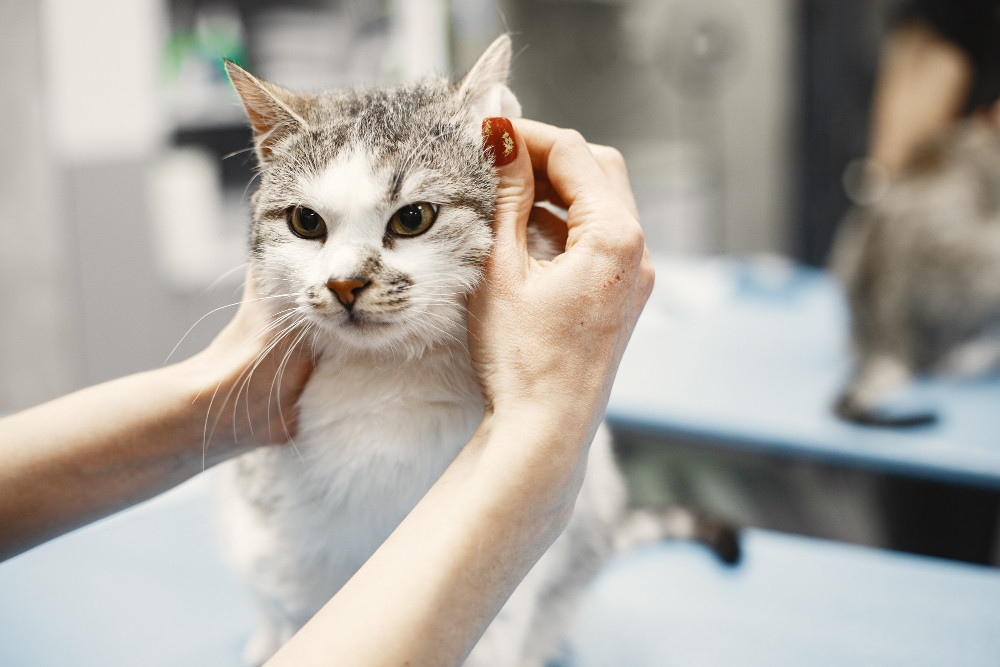 Are cats’ health and wellness needs being met?