With the 12th generation Core CPUs Alder Lake and the platforms of the 600 series Intel was the first to support the new memories DDR5, also introducing at the same time XMP 3.0, the third version of the standard that allows memory overclocking in a simple and automatic way with respect to the values ​​defined by JEDEC.

We know that AMD catches up with DDR5 support in the second half of 2022, thanks to the new AM5 socket platforms and Ryzen 7000 CPUs, codenamed Raphael, based on Zen 4 architecture. 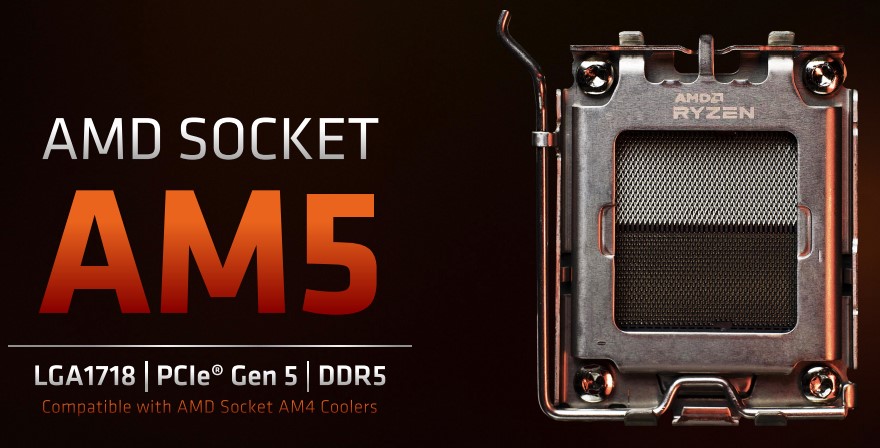 By “support” we don’t mean just to ensure compatibility, but also to make the most of it. And so here comes news of an AMD engaged on RAMP (Ryzen Acceleratored Memory Profile), a technology analogous to XMP 3.0. Not the first time that AMD promotes an XMP competitor, just think of A-XMP and AMP (AMD Memory Profile), but RAMP does not necessarily follow its fate, that is, its lack of relevance.

Implemented with preliminary support in HWiNFO v7.17 Beta software, RAMP technology will likely work very similarly to XMP 3.0, and it is possible that RAMP modules will support XMP 3.0 and vice versa. However, as has happened in the past, memory module manufacturers could propose solutions explicitly dedicated to the Ryzen 7000.

We will know more in the months to come, with the approach of the debut of the new CPUs and platforms from AMD which, we recall, generically expected for the second half of 2022.

Read also: Socket AM5, AMD focuses on longevity and wants to replicate what it did with AM4