In the Cuauhtémoc stadium, in a match between teams led by Argentine coaches, the Puebla Nicolás Larcamón lost 1-1 at home against Fernando Ortiz’s América.

The Venezuelan Fernando Aristeguieta scored the 1-0 for ‘La Franja’ of the Puebla at minute 55 when finishing off a ball rejected by goalkeeper Guillermo Ochoa inside the small area.

At 80, the ‘Eagles’ of America had a corner kick from the left sector. The Chilean Diego Valdés sent the center to the area and the Uruguayan Sebastián Cáceres signed the 1-1 with a header. This tie will be completed on Saturday at the Azteca stadium. 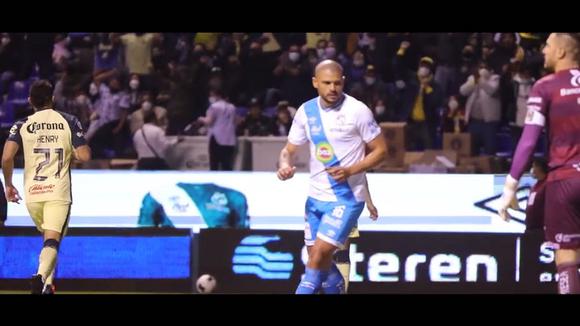 Preview of America vs. Puebla for Liga MX | Source: @ClubAmerica

After eliminating Mazatlan on penalties in the playoffs, Puebla, headed by Argentine coach Nicolás Larcamón, will try to become the sensation team of the tournament again this Wednesday when they host América, who came directly to the league by climbing positions from the bottom of the standings with the also Argentine coach Fernando Ortiz.

While ‘La Franja’ from Puebla is on a four-game winless streak, including three losses, the ‘Águilas’ from América will arrive with an inertia of eight games without losing (six wins and two draws) with which they got up from the last place where Argentine coach Santiago Solari left him.

WHAT TIME AMERICA VS. PUEBLA BY LEAGUE MX 2022

“We have a spectacular series ahead of us. América is a very competitive rival with high-ranking players who closed the championship well, but we are clear about what we must propose for a very competitive series and make a historic series for the club”, Larcamón pointed out. This series will be completed on Saturday at the Azteca stadium.

WHICH CHANNEL TRANSMITS PUEBLA VS. AMERICA

TV Azteca 7, TUDN Y ESPN Mexico will be the signals that will broadcast the match for the quarterfinals of Liga MX 2022 at the Cuauhtémoc Stadium

Puebla of the Argentine strategist Nicolás Larcamón will go out to beat the powerful América at home, confident that his team will recover the good pace, after three defeats at the end of the tournament and a tie suffered with Mazatlán in the reclassification.

With Venezuelan Fernando Aristeguieta, who scored six goals, as his main attacking figure, Puebla de Larcamón will try to stop América, who was in last place for part of the championship, but when coach Santiago Solari left, he moved up to fourth. seat, from the hand of manager Fernando Ortiz.

América shows the third best defense and its offense has figures of a good level such as the Chilean Diego Valdés, the Colombian Roger Martínez, the Uruguayan Federico Viñas and the Mexicans Alejandro Zendejas and Henry Martín, the latter forced to improve his performance.

Although Pachuca and América are favorites at the start of the quarterfinals, they will have to do everything well because they have rivals who are capable of advancing to the semifinals.