That celebrities loved Puglia was already known. Everyone has fallen in love with the “heel of Italy”. For years now it has already become the VIP retreat, the Italian luxury destination most sought after by national and international stars.

Madonna, George Clooney, the Beckhams, Tom Hanks, Hellen Mirren – who even bought a house – the list of who has been there and who has returned several times is very long.

And Angelina Jolie couldn’t be outdone. It is in the alleys of Martina Franca, in the province of Taranto, that she is shooting her latest film, “Without Blood”, based on the novel by Alessandro Barricco ‘Senza Sangue’.

The Oscar-winning actress had already been to Puglia last March, landing with a private jet at Brindisi airport, and then moving between some areas of the Lecce coast in search of the right locations for the film.

The baroque historic center of the town of Valle d’Itria will soon be at the center of the world, therefore, when the film will be released in theaters.

Martina Franca is a fourteenth-century town located in the middle of the Itria Valley. Inhabited since the Neolithic, it was founded by the Prince of Taranto Philip I of Anjou. The city is known for its Baroque architecture and the Valle d’Itria music festival.

The Old Town starts from Piazza XX Settembre, which overlooks the Villa Comunale, once the garden of the convent of the Graces. Next to the villa stands the 15th century Church of S. Antonio: with its neoclassical facade built in 1835, it preserves two sculptures by Stefano da Putignano.

Crossing an arch, you reach the historical center itself, where the Ducal Palace stands, which today houses the Town Hall, built in the 17th century where there was a castle, whose rooms are full of splendid frescoes. Taking Corso Vittorio Emanuele, another beautiful Baroque facade stands out before your eyes: it is the Basilica of S. Martino, built in the mid-1700s, in front of the beautiful Piazza Plebiscito. But the most characteristic street of Martina Franca is certainly via Cavour, with the numerous baroque palaces that overlook it.

Perfect set for cinema and TV

It is not the first time that a film has been set in Martina Franca. Before “Without Blood” there were many films that saw the Apulian town as protagonist. Among the successful films there was “Have you ever been to the moon? ” by the director Paolo Genovese with Raoul Bova, Nino Frassica, Sabrina Impacciatore, Neri Marcorè, Giulia Michelini and Sergio Rubini and before that “Damn to misery”, directed by Lina Wertmüller and many others. 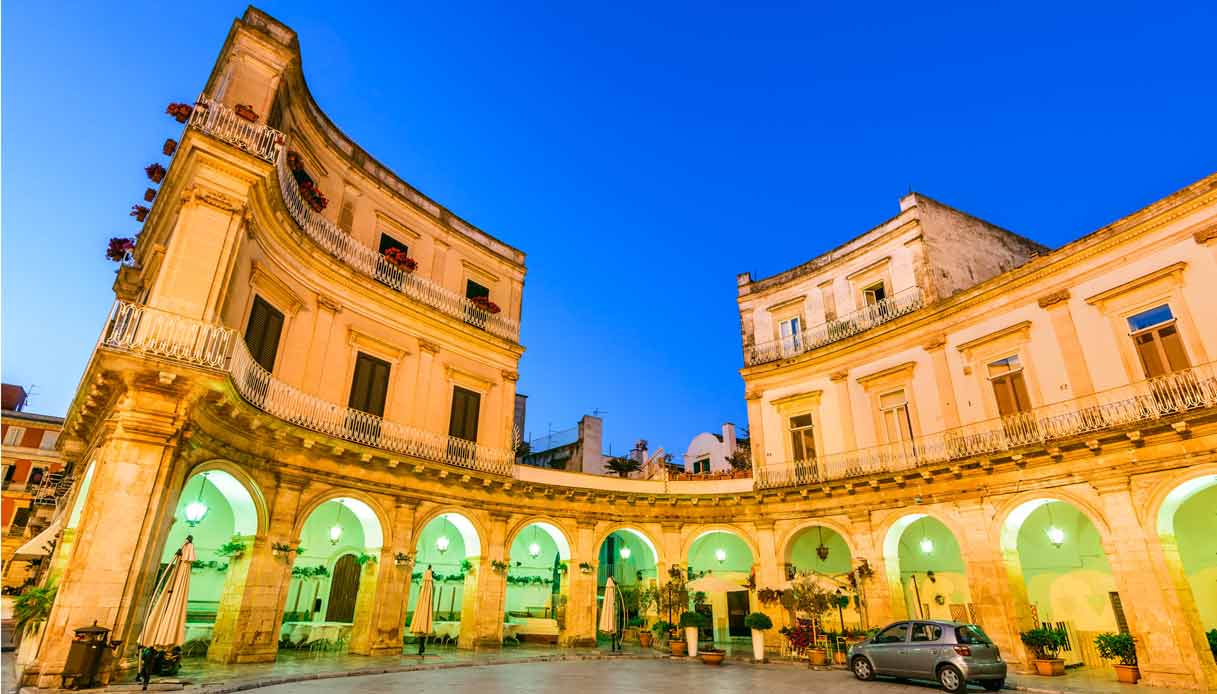 Italiaonline presents services that can be purchased online on Booking or other e-commerce. In case of purchase through one of the links on the page, Italiaonline could receive a commission. Prices and availability are not updated in real time and may vary over time: it is therefore always necessary to check them on the aforementioned e-commerce sites.