Flavia Vento denounced on social networks that she was the victim of a scam: for five months the showgirl and former Roman model would chat with what she believed to be Tom Cruise, later discovering that she ended up in the network of a scammer.

“A scammer who passed off as Tom Cruise and eventually asked me for money to see him,” Flavia Vento explained on her social networks.

A story similar to that of Roberto Cazzaniga, the professional volleyball player (Serie B with the “New Mater” in Gioia del Colle, province of Bari) who for 15 years sent money to a woman never seen live with whom he believed he was to be engaged. The photographs of her that the player received were those of the supermodel Alessandra Ambrosio (totally unrelated to the facts, we specify it because you never know). In 15 years, Cazzaniga sent a total of 700 thousand euros to those who were cheating him.

Luckily Flavia Vento doesn’t seem to have lost money in this bad story, but she has certainly lost a lot of time chatting with someone who was deceiving her. And, since time is money (as they say), he may have somehow lost money as well.

“You deluded me, you sent me love songs and I fell for it like a fool,” he added bitterly.

Her revelation warns those who, like her, could be contacted by fake profiles and by criminals who use weapons of the type cyber to defraud people.
“For five months you pretended perfectly to be Tom, I have no words!”, He wrote on his social profiles, in the captions accompanying the screenshot in which the scammer, at the end of the five months that Cyrano de Bergerac spent whispering words to her love in chat, he took off his mask. Showing not Tom Cruise’s nose (to quote Cyrano’s famous big nose) but taking by the nose, as they say, who in good faith gave him rope.

Although the network is unleashed with the usual reactions between the serious and the facetious (but more turned towards the facetious) in which between the lines we read amazement at the fact that this attacker has perfectly managed to put our local celebrity in check, not it’s so hard to imagine Tom Cruise interested in an Italian star, why not?

Did we forget the love story between George Clooney and Elisabetta Canalis? A few months ago, the news of Ben Affleck “rejected” by a famous tiktoker on a dating app made us smile, precisely because she believed it was a fake. Nivine Jay, this is the name of the TikTok user, in May 2021 gave a two of spades to Batman who still echoes in the ether: on Raya, the celebrity dating application, she was contacted by the real Affleck but the he banned it believing it was a fraudulent alias. But no! So much so that the star then contacted her on Instagram to let her know that it was really him, the original one …

Furthermore, in pandemic times like the ones we are experiencing, even the Hollywood stars have been locked up at home for months and, if without sweet halves with which to spend the quarantine, they have sought friendships and loves on the net, as did the ” mere mortals “in short.

Last but not least, the showgirl recently joined Scientology, the organization that has collected and disseminated since 1954 the set of beliefs and practices devised by L. Ron Hubbard, based on his book Dianetics. Several celebrities are part of this organization but the best known membership is undoubtedly that of Tom Cruise (in addition to John Travolta, Kirstie Alley, Lisa Marie Presley, Nancy Cartwright and Jason Lee, among others).

Already in the past Flavia Vento had been attracted into such a deception, always on the web and again by a fake Tom Cruise themed profile.
Too bad that in the famous film directed by Edward Zwick, Wind of passions, you do not appear in the Cruise cast (but Brad Pitt) otherwise the joke would be necessary …

Flavia Vento has published the screenshot of the request for money, which shows that the scammer would like to sell a pass to access the set in which Tom Cruise plays during the filming of the film Mission Impossible.

A credit card is required and, as we should well know by now, this is a typical practice of telematic fraud. In short, another scam for which cybercriminals will steal money from the inserted card. So if Flavia Vento (or anyone else who has been tricked in this way) agrees to buy the alleged pass to gain access to the set, clearly she won’t really have that pass … We specify it because you never know. Those who in good faith believe it and then give their credit card details, forget to shake hands with Cruise on set, that’s it. This is a way to get hold of credit card information and steal money from unfortunate people they trust.

A gesture that helps others defend themselves from scams

Whatever the critical voices say that in these hours they are posting derisive comments right and left (some lightly, some with that usual keyboard lion heaviness), it is commendable that Flavia Vento has revealed something that many would be ashamed of (the scam almost always has psychological implications and often leads victims to feel shame and guilt).

Furthermore, his gesture can help other people to defend themselves against cyber-scams of this kind, which unfortunately are multiplying dramatically on the net.

Below we show you the tweet with which Flavia Vento revealed that she was duped for five months by a scammer who pretended to be Tom Cruise. And below this tweet you will find another funny one, which comes from the Twitter profile of Casting News. With all due respect to Flavia Vento and anyone who is cheated (whoever scams is always and in any case to be condemned). We offer you the Casting News tweet just to give us a light laugh. Even if, we repeat: any scam, illegal gesture and damage to another person is to be condemned seriously, without any lightness. But perhaps even for Flavia a laugh could alleviate the disappointment and bitterness felt in these hours, we hope so! 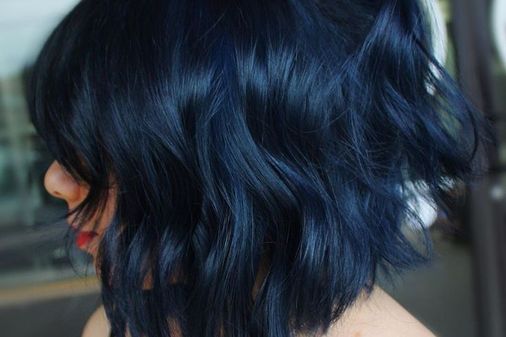 who is this color good for and how to make it

Britney Spears, the mystery thickens: “Millions of dollars disappeared from her account”

USED ​​BOATS They sell 5 unregistered sailboats from 9 to 9.99 meters