The spider webs of the brain are the ideas that abound in it. Neural circuits create thousands of these, which, often in anxiety, causes headaches. What irony: thinking hurts a lot. Movies, series, added to the situations that occur in a person’s life, are too much information. How to channel it? How to understand it? How to relax? In Netflix, Prime Videoamong other streaming platforms, there is not only ‘blockbuster’ content, there is also a documentary catalog on the experience of meditation and the fashionable mental practice, ‘mindfullness’.

LOOK: Motivational movies and series: the list of streaming titles, recommended by psychologists

“Mindfulness and meditation techniques are not the same,” explains the specialist in Positive Psychology and dean of the Psychology career at the Universidad Científica del Sur, Liseth Paulett Fernández. “Although we sometimes associate it, ‘mindfulness’ is more of a lifestyle, a philosophy. It is not something new, many believe so. This practice is related to the spirituality and meditation that Buddhist monks practice. Thanks to its multiple positive results, it has adapted to the West”, explains the expert.

Meditation is the experience of concentration, according to information from the Mayo Clinic. “Originally, its purpose was to help deepen understanding of the sacred and mystical forces in life,” says the definition of the medicine website. That is, before it was a more Eastern practice, as shown in the film “Seven Years in Tibet” (1997). Over time, in Latin America, the United States, and Europe, professionals were drawn to the quality of life that came with the conscious act of stopping thinking.

Mindfulness is the systematic training of attention. It is the way in which a person connects with society and the emotions of himself, the pains and joys of him, through concentration. It is not about repressing yourself, but about letting the body feel the negative and positive.

“Meditation provides a lot of emotional stability in the short and medium term,” says the psychologist at the International Clinic, Liliana Tuñoque. “There must be a willingness on the part of the person to practice it. At first it is complicated. They think that they will not be able to do it, but there are many additional tools, for example, music, to facilitate the task”.

In the Netflix series, “Headspace Guide to Meditation”, the chapters introduce the beginner to the process of “how to leave stress behind”, “how to fall in love with life”. According to Tuñoque, staying silent, controlling the thoughts that come to mind and relaxing the body by mastering emotions is not easy at all. But, the more people practice it, the more changes are noticed when they make decisions.

Meditation is accompanied by mantras; that is, sounds or phrases of serene rhythms that have an impact on the person. The content of the streaming platform, Gaia, in the “Mindfulness” section, has several videos of experts on the subject who develop listening activities with the public in 15 or 30 minutes. The movements of the teachers who dictate the classes, sometimes, consist simply of paying attention to the melody of an instrument.

However, in Gaia, just as you can find abundant content on meditation, yoga and music, there are also catalogs of alternative therapies, with sections such as “secrets” and “the paranormal”, which are not necessarily negative videos, but very questionable. by the scientific community. Be careful buying everything that streaming sells.

“The ‘mindfullnes’ is scientifically documented and there are years of research on the subject. Instead, metaphysics, family constellations, biodecoding and other issues are pseudoscience, what they call ‘alternative’ or ‘complementary’ therapies. You have to be careful with the content that appears in streaming. In the case of meditation, well, we have that Jon Kabat-Zinn is the one who brought ‘mindfulness’ from East to West and, furthermore, he is the one who studied it the most. On its website, there are also documentaries on the subject”, points out the clinical psychologist and blogger Almudena Pérez Tello.

The emeritus doctor and renowned mindfulness researcher, Jon Kabat-Zinn, has a master class streaming on the MasterClass learning platform. In the trailer, he begins by saying, “One misconception about meditation is that if you’re meditating, your mind will be blank. You can not do it. And if you try, you’ll end up with a giant headache.”

The act of meditating is not to stop thinking, but to control the thoughts from “the center”, in other words, the breath. As is known, over the years, the practice ceased to be exclusive to Easterners and traveled to Western hands. Later, the adults shared it with the children. This year, some Peruvian schools have implemented meditation spaces for elementary school students with hyperactivity problems and poor academic performance, among other emotional disorders.

Disney Plus also has relaxation content for children. For example, “Zenimation” (2020), a series of sounds from the most representative films of the brand, such as “The Little Mermaid” or “Moana”.

But this is not the only platform that offers this type of educational content on the subject. Here is a list of recommendations on meditation and mindfulness streaming.

“FROM STRESS TO HAPPINESS” – NETFLIX

In this Netflix documentary, a stressed filmmaker, Alejandro De Grazia follows the Buddhist monk Matthieu Ricard, “the happiest man in the world”, according to the press in 2018. That year, the character of his film and the production team embarked on a world tour that changed the filmmaker’s mind.

“Refreshing thoughts produce refreshing chemicals; toxic thoughts produce toxic chemicals in our bodies,” says Michael Beck With, founder of the Agape International Spiritual Center in Beverly Hills, United States. He and other leading spiritual teachers and scientists come together in a documentary to tell the story of three people who go through an extreme and inspirational journey.

“THE POWER OF MINDFULNESS: WHAT YOU PRACTICE IS REINFORCED” – YOUTUBE

How many thoughts can a person have when they are not sleeping? The clinical psychologist at the University of Santa Clara (California), Shauna Shapiro, makes an explanation about the mind and its speed. According to the expert, modern neuroscience has tools that can be used to bring positive changes to people’s lives.

At the end of 2020, Netflix premiered a perfect meditation series to end a year of great emotional crisis, due to the COVID-19 pandemic. In the chapters, the Buddhist monk who created the Headspace app, Andy Puddicombe, teaches users how to relax through gratitude, stress management, and more.

The creator of the “mindfulness-based stress reduction” technique, Jon Kabat-Zinn, participates in the master class platform, where other influential personalities also share their knowledge in other videos. In this ‘masterclass’, the emeritus doctor and researcher wants the public to be the teacher, rather than the apprentice, and he achieves this through meditation.

“WE ARE THE MOON” WITH TIFANNY BUSH – GAIA AND YOUTUBE

Lecturer, philanthropist, and yoga teacher Tiffany Bush teaches classes on the Gaia streaming platform. They are yoga practices with mantras on abundance, concentration, self-love, among others. In several 15-minute videos, Bush demonstrates her technique with yoga moves on camera. Many other videos of her can be found on the Youtube channel, YogiApproved.

Jean-Jacques Annaud’s film is a fiction based on the real life of Austrian mountaineer Heinrich Harrer. Starring Brad Pitt in 1997, the film traces the mountaineer’s path through Tibet and his process of liberation, learning and a lot of mental work in an eastern region stalked by an expansionist China.

“THE MIND IN A NUTSHELL” – NETFLIX

Emma Stone lends her voice to talk about memory, dreams, anxiety, mindfulness and hallucinogens, and all of these processes, in a five-part Netflix series. From stress disorders to what drugs do, she explores what goes on inside the brain.

Follow the life of the group of Buddhist monks from the Plum Village community, located in France. They have dedicated their lives to mastering the art of mindfulness. In the documentary, retreats and meditation practices are shown.

In this series of sounds, adults and children at home have a space for relaxation and calm, which is accompanied by audios from Disney movies, such as “The Little Mermaid”, “Moana”, “Atlantis: the lost empire” , among other sound compilations of the fantastic cities, the seas, nature, animals, etc. 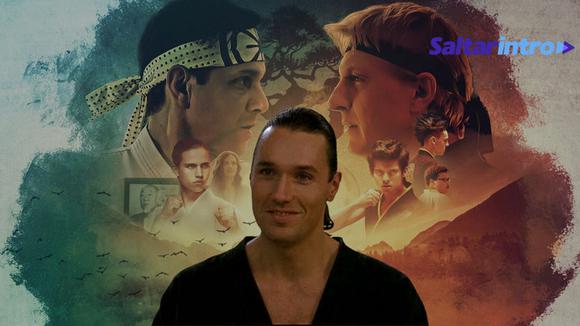