The singer said she asked a look-alike to take the stage during her performance at Coachella last April. A double who only stayed on stage for a few minutes.

A small turn and then goes away. During an interview granted to Matt Wilkinson on Apple Music 1 last week, the artist made an astonishing confidence. While Billie Eilish was among the headliners of the biggest Californian festival, she explained that she asked a double to take her place for a few moments on stage, reported People magazine.

“At the start of Coachella, I had a lookalike, one of my dancers for the show,” the 20-year-old entertainer explained. She then clarified how she had done to orchestrate this sequence. “I dressed her in a catwalk look that I had worn before. We put on a black wig and added buns to it, and gave her a mask and sunglasses. She wore my shoes and my socks,” said the young woman.

A sequence that went unnoticed

In this outfit, this double then settled on the set, then explained the star. “I put her in the back of the stage and she stayed there while the lights came on and everyone thought it was me,” Billie Eilish said. 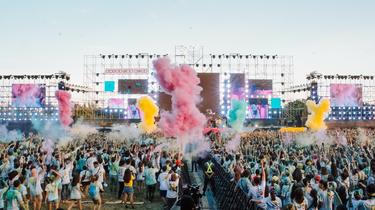 A deception that only lasted a few minutes before the singer resumed her role, neither seen nor known. “Nobody ever knew it was not me, literally nobody knew,” said the latter, who on the other hand, did not explain the reasons for this gesture.