News of their volatility follows one another almost every day on the main newspapers dealing with technology and finance, and it’s like climbing on a roller coaster: you go from historical records – the last one is just a few days ago, with a peak of 68,000 dollars for BTC – and then fall into chasms more or less profound, because the variables are many and often imponderable, from the tweet of the tycoon on duty to the umpteenth veto by some state.

However, reducing cryptocurrencies to their financial fluctuations is simplistic: for those who invest and study them for years, Bitcoins are an epochal revolution, an instrument of freedom, almost a lifestyle. It was an opportunity to open a window on this horizon perhaps unprecedented to most people Bridges, an event dedicated to cryptocurrencies organized at the Ca ‘Foscari University of Venice by Satoshi Design and BCademy, which was attended by some reference voices from the Italian scene. Here is a glimpse.

THE DOUBLE SOUL OF BITCOIN

The first assumption, for those who are part of this world, is that Bitcoin rhymes with freedom: primarily financial freedom, because it allows money to be circulated without intermediaries, and consequently also personal, especially in those countries where authoritarian regimes are in force.

In Venezuela, for example, a few years ago, pressure from the local government led banks to prohibit some customers from accessing current accounts, and so many citizens had resorted to Bitcoin in order to manage their capital and have money sent from abroad. ; with a key you can transfer your assets anywhere. Similarly, in Russia, opponents of President Putin supported dissident Alexei Navalny thanks to donations in Bitcoin, and in Afghanistan women, unable to open bank accounts, can get paid in Bitcoin.

In all cases, money transfer is possible because Bitcoin does without banks and central authorities. The cryptocurrency was born (also) with this intent at the height of a financial crisis, that of 2008, which sent the global banking system into default. This double soul is his strength and at the same time his weakness, because his “anarchic” nature has made him famous also for his illicit uses, starting from the sale on black markets such as Silk Road. 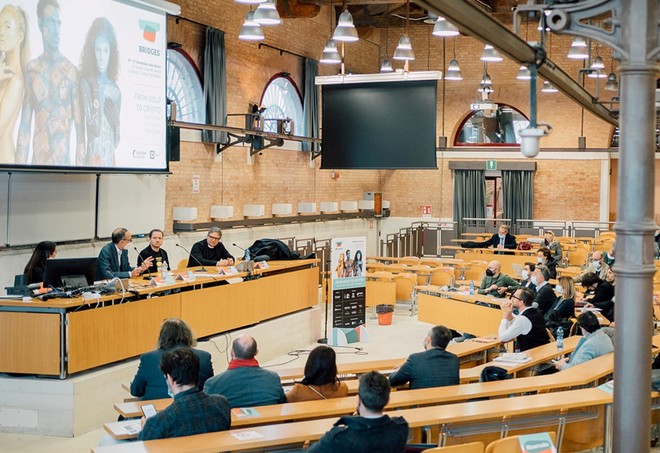 But the applications don’t end there: useful for transfers of value between people and across borders, Bitcoins could also give life to local economic systems for those who today do not have access to the credit or finance market. An opportunity for less developed countries where this type of technology, accessible to all via smartphone, can allow a great leap forward. As explained Sara Roversi, founder of Future Food Institute and expert in innovation in the agri-food chain:

“[Quella dei Bitcoin] it could be a great revolution for unbankable people: more and more people, regardless of their status, have the opportunity to disintermediate themselves from banks and proceed to finance themselves independently. We cannot predict when the real revolution will take place: perhaps when Bitcoins will be widely used to buy basic necessities “.

Another point on which we focused a lot in the two days of in-depth analysis on cryptocurrencies is that of trust, which underlies the concept of blockchain. The accounting book in which all the blocks of transactions made in Bitcoin are recorded keeps track of each operation, and each node of the community plays a role in verifying the information transmitted in the chain.

Each block that is added strengthens the security of the precedents to which it is connected, therefore it can be said that the structure that manages the transactions also adopts the relationships of trust between people and data, guaranteeing the transparency of the chain of operations. If these terms sound unfamiliar to you, here is a video review of the fundamentals. 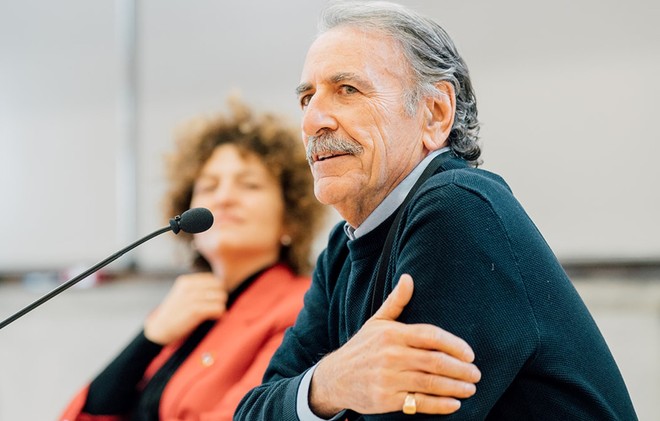 A promise of freedom, it was said, that according to the economist and political scientist Ernesto Sirolli fits well with the current world of work characterized by the phenomenon of Great Resignation. The tendency to leave their jobs has manifested itself in the United States, where for some months now there have been many employees who have resigned – over 4.4 million in September – and also affects Italy, with almost half million resignations between April and June 2021.

For some, as the CNBC (link in Street), the phenomenon is not so much due to the desire to resign, but rather to practical issues related to the pandemic, from the fear of becoming infected to the absence of welfare. According to others, the situation has set in motion an awareness of the workers, who have begun to ask for more adequate salaries, better working conditions and greater flexibility. Sirolli, who makes entrepreneurs grow by trade, is of this opinion, and sees a great opportunity in cryptocurrencies:

“We need to protect innovators with the best training and education, all in support of individual growth and freedom, in order to regain control of our lives. If you think about it, the fact that the majority of people are employed is quite recent . We are in the richest historical period in the history of humanity, and once basic needs are met, people begin to focus on their personal growth, as evidenced by the boom in personal and financial counseling in the United States “.

So, cryptocurrencies as an opportunity for emancipation and self-determination. A narrative also supported by the echo of the impressive peaks reached by the most famous digital currencies, to which we must remember that they counterbalance the often less noisy but equally incisive thuds for the pockets of investors.

To complicate the picture, alongside “historical” cryptocurrencies, speculative digital currencies are also continually born very close to real scams, as happened with the Squid Game crypto, and occasionally problems arise with exchange platforms: for example Binance, one of the main, is at the center of a class action because in some particular circumstances it has stalled, preventing users from accessing their futures contracts and causing damages for millions of euros. 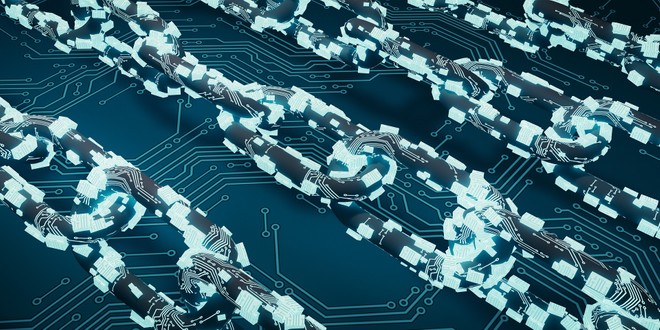 The current scenario is complex and in many ways still being defined, also at a regulatory level: an example above all is the absence of a specific Italian law on the taxation of cryptocurrencies, on which the general legislation for foreign currencies therefore applies; a choice that is debatable, given that for the moment there are very few who use Bitcoin as a currency and not as an investment.

The general impression is that, as in all fields in the midst of a rapidly changing transformation, the world of cryptocurrencies is a kind of frontier, a magmatic reality where many more or less authoritative voices are mixed and where there is room for precise analyzes, but also fertile ground for barkers, pyramid schemes and drifts that go beyond finance to end up in a real far west.

Which is why it is useful to distinguish between the underlying technology of the blockchain – which remains valid and fascinating, both from a conceptual and practical point of view, with infinitely interesting applications starting from smart contracts – and everything that orbits around us, to understand, case by case, what nature it is.

It is a painstaking work, made up of training and information, which must necessarily be undertaken to get closer to this world, first of all to protect yourself from the risks deriving from rash decisions. An approach promoted primarily by the organizers of the conference, whose interventions, for those wishing to recover them, are available at the link in Source. 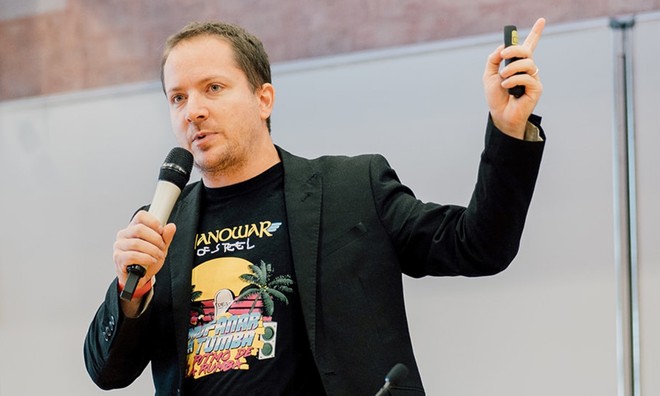 Between regulatory gaps and situations that are not always clear, the challenges related to cryptocurrencies are many. One of the most significant is that concerning sustainability, due to the environmental impact that affects the community: as is well known, cryptocurrencies are hungry for energy, to the point that in 2020 they consumed the energy equivalent of the whole of Argentina.

A problem also highlighted by Elon Musk himself who had hoped, together with the main miners of North America, the establishment of a Bitcoin Mining Council to promote sustainable mining. What makes the difference is the type of source from which the energy comes, as explained by Marco Amadori, technologist, researcher and entrepreneur in the Bitcoin world:

“Nobody denies that mining farms consume energy. Even the fact that the activity linked to cryptocurrencies consumes as much as Argentina is true. But this value cannot be communicated alone without comparing it to the consumption of traditional financial activities such as banks, institutes and operators. financial, which in terms of management of the offices, lighting and heating of offices, employee movements, etc. are globally much higher, although less easily quantifiable. Furthermore, it is almost never said that the vast majority of mining farms use renewable energy “.

The alternative interpretation given a Bridges is also this: the first to be increasingly attentive to energy efficiency would be miners, because for them energy is a cost. Hence alternative solutions such as mining that exploits the overproduction of hydroelectric energy during the rainy season in China or the idea of ​​heating entire buildings with the heat generated by mining farms, as happens in North Vancouver, Canada. 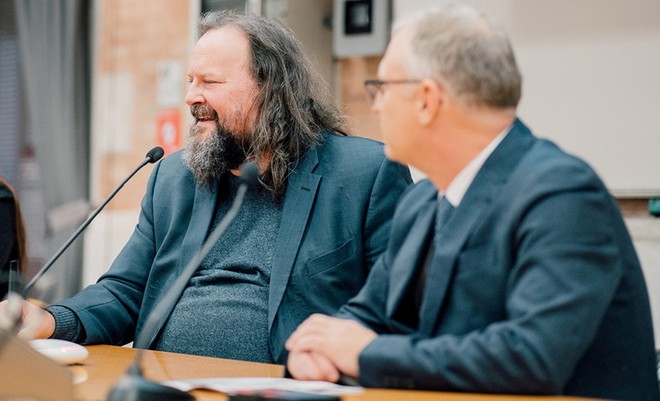 As for the future, making predictions is a difficult task: as Giacomo Zucco, considered one of the Italian gurus of digital currencies, explained, there are many possible scenarios. Bitcoins could become a safe haven – and perhaps they already are – or fail for various reasons: for example, the market could turn towards a form of barter where everyone creates their own crypto, or a Bitcoin could start to be worth more than the others, since they are distinguishable due to the “history” written in the blocks, and therefore lose fungibility.

According to these experts, a cycle of a few tens of years awaits us to arrive at an innovative system based on crypto, in which the sector will see many mutations but also many opportunities. In short, it’s all a work in progress, but as summarized by David Orban, entrepreneur and lecturer at Singularity University and founder of Network Society Research, the die is cast at the level of model, approach, lifestyle:

“Bitcoin has already gone beyond the banal function of storing value to become an instrument of intellectual sovereignty, but its weaving network (proposed by Orban as a more fitting metaphor than” mining “, ed) goes even further, contributing to the search for cheaper energy sources than fossils. The problems that surround us, including climate change, require a variety of approaches. Our transformation of the world has always happened with our eyes closed: now, with the responsibility of power in our hands , we have to do it with open eyes. These technologies draw a new horizon to acquire new degrees of freedom “.

ALEXA DELLANOS TAKES OFF HER SHIRT AND SHOWS HER CUTE SWIMSUIT

Breathtaking Pom Klementieff in a new photo from the set

Legal Bitcoins in El Salvador: 70% of citizens want repeal, but hardly anyone really knows what they are