Ahead of a new trading week, here’s a quick rundown of the five biggest stories traders and investors shouldn’t miss in the cryptocurrency, tech and corporate realm.

The descent of cryptocurrency Bitcoin (CRYPTO: BTC) Sunday night below $ 60,000 is attracting investor interest, according to a report citing Craig Erlam, senior market analyst at Oanda; While inflation is expected to grab attention during Thanksgiving week, Bitcoin is instead perceived as a hedge against inflation.

A worker of Tesla Inc. (NASDAQ: TSLA) filed a lawsuit alleging that the employees of the company headed by Elon Musk suffer “rampant sexual harassment”; in the cause, Jessica Barraza said Tesla’s superiors and human resources department did not intervene despite her complaint that she was subjected to continuing harassment at the factory.

Through a note, Apple Inc. (NASDAQ: AAPL) confirmed to its workers that they have the right to discuss their wages, hours and working conditions; the decision came after employees pushed the tech giant to do more to ensure pay equity. Apple is facing several lawsuits from former employees, who have accused the company of engaging in unfair business practices.

4. Avalanche overtakes Dogecoin and enters the top ten of cryptocurrencies

According to a report citing data from CoinMarketCap, Avalanche outperformed Dogecoin (CRYPTO: DOGE) becoming the 10th cryptocurrency in the world by market capitalization.

Meantime Emin Gün Sirer, founder of the Avalanche project and CEO of Ava Labs, took a dig at Ethereum regarding its congestion, stating that instead Avalanche “will tackle fewer engineering problems without batting an eye”.

Elon Musk, CEO of Tesla, took another dig at the administration of Joe Biden and Kamala Harris for ignoring the fact that his company is a leader in the electric car industry; Musk responded to a Twitter post from the entrepreneur David Sacks, which criticized the Biden administration for its “epic gaslighting” of Tesla.

Among other weekend stories, investors may want to check out the weekly EV review, the latest Tesla stock sale – worth $ 30.6 million – by Tesla. Ark Invest (investment company led by Cathie Wood) and the top ten most viewed movies ever on the streaming giant Netflix Inc. (NASDAQ: NFLX).

Finally, with a new regulatory crackdown, Chinese regulators have ordered Chinese tech giants, including Alibaba Group Holding Limited (NYSE: BABA), to pay 500,000 yuan ($ 78,282) for each of the 43 mergers and acquisitions (M&As) that have not been reported by the company in the past eight years. 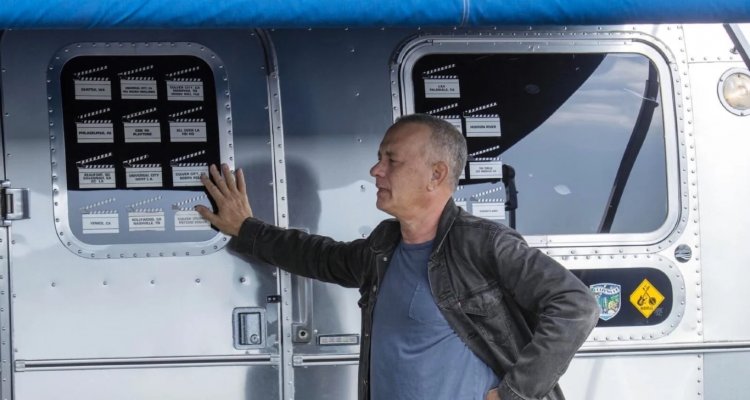 Tom Hanks sells his trailer: he used it on the sets of Forrest Gump, The Green Mile and other films

Carolina Stramare shows the underwear: the fans are at her feet: “How wonderful”

Meghan Markle: What would Lady Diana have thought of her?