What is happening with Bitcoin and what reasons explain the crash of recent days? Here are the keys to understand the situation and what implications it has for investors and countries.

Bitcoin, the world’s most famous cryptocurrency, has been in a downtrend for several months. However, this week has confirmed the breakage of important supports, which has raised all the alarms. Is it a bubble burst? What solidity is there behind the details that have caused the drop in the price of around 20%? These questions are causing uncertainty to take hold of investors in the most deregulated market.

from the classic buy and hold it is moving to a current that is betting on early sales. While there are many advocates who are betting on buying now, what is known as buy the dip, there are many others who are fleeing the ‘crypto’ universe. The trend is due to very specific factors, which, at least, are well placed. One of the reasons that has caused the fall of bitcoin and others altcoins is what, in turn, is causing some investors have gone bankrupt.

And finally, there are some countries. Yes, countries that have begun to adopt Bitcoin in their economies. The best example of this is El Salvador, with Nayib Bukele at the helm. What consequences does this type of movement have at the macroeconomic level for the countries that are betting on technology? blockchain? Without a doubt, we are seeing how important changes are taking place when it comes to investing in cryptocurrencies.

Let’s see in more detail, therefore, what are the reasons that have led to this situation, why some other cryptocurrency has caused the bankruptcy of investors and, of course, what consequences this movement is having bear in the market. Is it time to buy or can you go further down?

Rate rises and, above all, the collapse of $TERRA and $LUNA

These 2 reasons are what key Bitcoin supports have been swept away. On the one hand, the US Federal Reserve has raised interest rates in order to contain current inflation levels. The market, after the latest data on this variable, did not welcome the data, fearing future rises even more notable. This will lead to a stagnation of the economy. This, without a doubt, is the news that explains the drop in recent months. 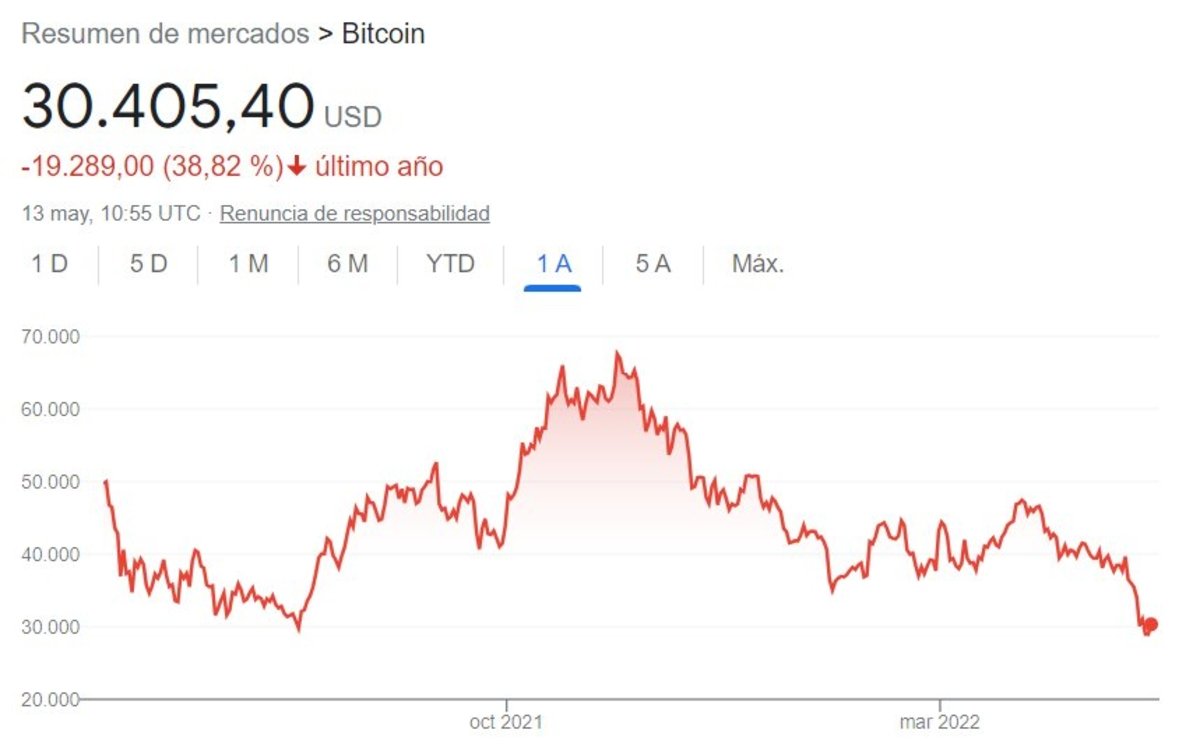 Bitcoin has been in a downtrend for a few months.

In the last week, however, the abrupt price loss has taken place due to what happened with $TERRA and $LUNA. Distrust has taken over the market when seeing how a cryptocurrency ($ LUNA) has suspended trading after losing all its value. All this, moreover, in a matter of 3 days. It should be noted that it was part of the Top 10 crypto assets with the highest capitalization. Well, why should it affect Bitcoin beyond a loss of confidence?

The stablecoin, designed to keep a correlation with the dollar, could have their days numbered in the future if the same thing happens as what has happened these days. The Terra dollar (UST) depreciated exponentially, causing its value to fall very significantly, to the point that the measures introduced later have been useless. After that, the developers of $LUNA were forced to put more than 45,000 units of Bitcoin on the marketthe support that sustained this system.

This is what has caused massive sales of the main digital currency. As is often the case in this type of market, the vast majority of currencies has caught the problem, leading to double-digit price drops. Such a movement had never been seen in the market. $LUNA since the end of 2021, was part of the Top 10 cryptocurrencies with the largest capitalization. Everything suggests that, in reality, it could be a Ponzi scheme, since very juicy returns were offered in annual terms.

Bankruptcy of investors and countries at risk by betting on Bitcoin

$LUNA has taken the savings of many investors, this has been reflected by many users On twitter. Some of them, in fact, bet on investing tens of dollars in case, in a purely speculative value, they managed to overcome the price. This has not been the case, since shortly before signing its last block, platforms such as Binance delisted the asset. 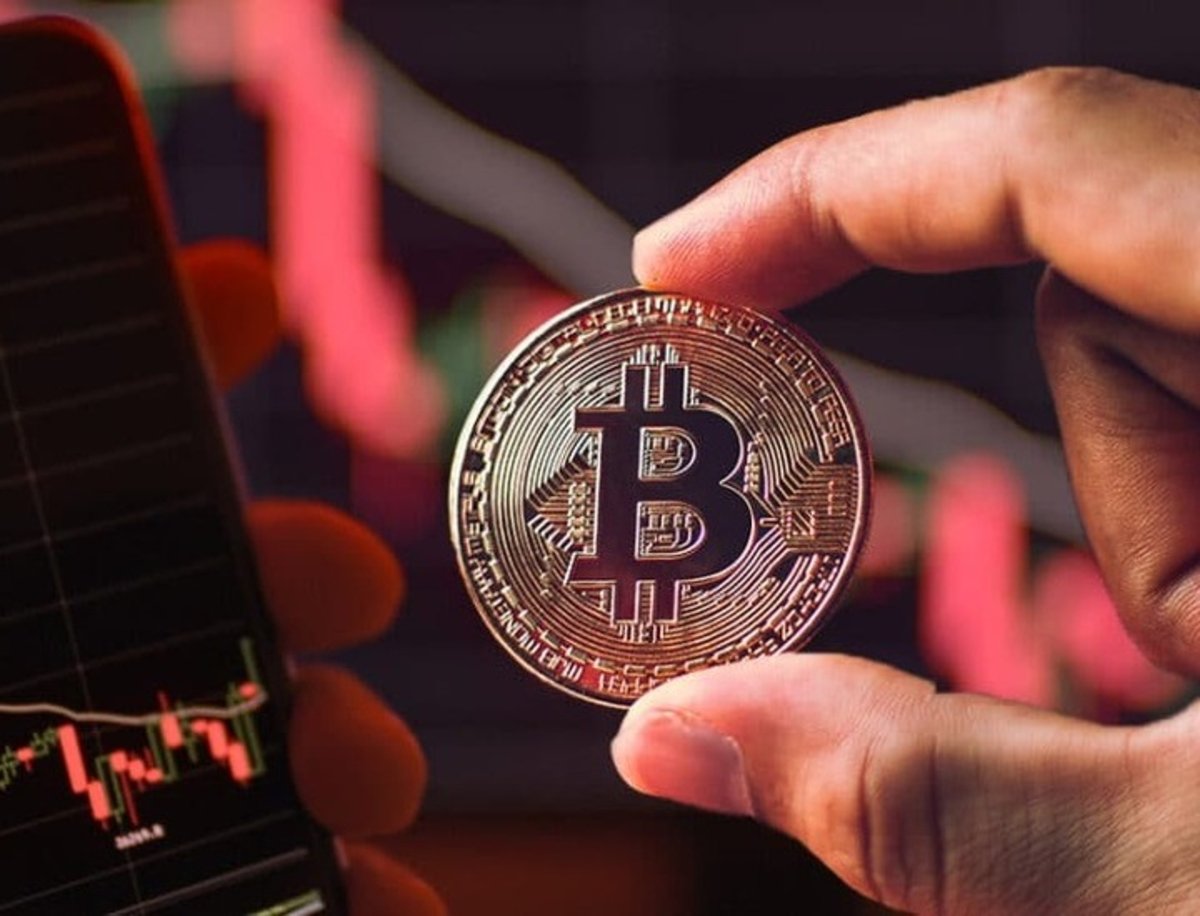 In relation to the bankruptcy of countries, the bet of Nayib Bukele, President of El Salvador, for this digital asset is well known. For some time now, the country’s Public Administrations have been acquiring Bitcoin units. Besides, They are taking advantage of each of the declines in the price to acquire more, with which it is possible to average. Still, the country’s financial market may be reeling, suggests a study by the National Bureau of Economic Research. The adoption of Bitcoin as legal tender and a store of value would not be a very effective strategy.

It should be remembered, however, that this it is not the only country that is seeing the universe of cryptocurrencies as an opportunity to accelerate economic growth. El Salvador is the pioneer, while the Central African Republic intends to do the same in Africa. Only time will tell if they are winning bets or if, on the contrary, they take on the population in even deeper crises.

Well, what are the scenarios that are contemplated? The most optimistic would take the price of Bitcoin and the rest of altcoins to all-time highs. Yes, by summer we could have the most prominent virtual currency above $60,000. On the other hand, the possibility of be at the beginning of the so-called ‘crypto winter’, a period in which it is expected to be listed at much lower levels for some time. We will have to wait to see what happens, we are closer to knowing the fate of the crypto universe.