Bitcoin wasn’t just there first cryptocurrency to be placed on the market, but it is also the best known of the over 7,000 virtual coins in existence today. While the high volatility could yield large profits, it makes it difficult to choose Bitcoin for a novice investor or for people looking for a stable and lasting value investment.

A well-made introduction is provided by the Punto-informatico.it portal:

“When it comes to bitcoin, it is always very difficult to distinguish between the past, present and future of this cryptocurrency. Although everyone has heard of it at least once, in fact, few are able to give a precise definition and know what it is for. bitcoins. “

As Altroconsumo Finanza explains, Bitcoin is a cryptocurrency, that is, a currency with an economic value not made of paper, but rather of a digital code. At the base of this new currency there are two fundamental IT concepts: the blockchain and the cryptography. So let’s find out more about what Bitcoin is and how it works.

Bitcoin is one decentralized digital currency which can be sold, bought and traded directly, without an intermediary such as a bank or a state. The creator of Bitcoin, Satoshi Nakamoto, originally described the need for an electronic payment system based on cryptographic proof rather than trust.

All and every Bitcoin transaction that has been done in the past and will be done in the future exists within a public register accessible to all, which makes it very difficult to cancel a transaction or falsify it. This is down to Bitcoin’s architecture – the heart of its decentralized nature.

Bitcoin is not regulated by any government or any central authority and there is no one to guarantee its value except the evidence kept at the heart of its system.

Anton Mozgovoy, co-founder and CEO of the digital finance company Holyheld said that the reason Bitcoin has economic value is because we, as people, have decided that it has some value – as for gold.

Since there is an upper limit to the number of coins that can be placed on the market (which totals 21 million pieces), many expect its price to continue to rise as time goes on.

This thesis is even more corroborated by the fact that many large institutional investors are starting to view Bitcoin as one sort of digital gold and they are investing their funds there to protect them from market volatility and inflation.

For understand the history of Bitcoin even better, we recommend that you watch this in-depth video by Pietro Michelangeli who explains very well everything you need to know about the most famous cryptocurrency of the moment:

How does Bitcoin work?

Bitcoin is built on a distributed digital record called blockchain. As you can guess from the name, a blockchain is made up of a body of linked data, made up of called units blocks which contain information about each and every transaction.

In particular, each block contains:

The various entities are linked together in chronological order and form one digital chain of blocks.

Once a block is added to the blockchain, it becomes accessible to anyone who wants to view it, acting as a public ledger of cryptocurrency transactions.

The blockchain is decentralized, which means it is not controlled by any organization. “It’s like it’s a Google Doc that everyone can work on freely.” says Buchi Okoro, CEO and co-founder of the African cryptocurrency exchange Quidax.

How does Bitcoin mining work?

The Bitcoin mining is the process of adding new transactions to the Bitcoin blockchain. It is hard work – people who choose to mine Bitcoin use a process called proof of work, putting computers in a race to solve math puzzles that verify transactions.

To entice miners to keep competing to solve puzzles and support the overall system, the Bitcoin code rewards them with new Bitcoins.

At first it was possible for the average person to mine Bitcoin, but that’s no longer the case. The Bitcoin code is written to make solving its puzzles increasingly challenging over time, requiring more and more computing resources. Today, Bitcoin mining requires powerful computers and access to huge amounts of cheap electricity to be successful.

Also bitcoin mining pays less than a few years ago, making it even more difficult to recover the growing computational and electrical costs.

“In 2009, when this technology was first used, every time you got a stamp, you were getting much more Bitcoin than you get today.”, says Flori Marquez, co-founder of BlockFi, a cryptocurrency asset management company. “There are more and more transactions [ora, quindi] the amount you get paid for each stamp is getting lower “.

By 2140, it is estimated that all Bitcoins will have been in circulation, which means that mining will not release new coins and that miners may have to rely on transaction fees instead.

How to use Bitcoin?

People generally use Bitcoin like alternative investment to diversify a portfolio as well as stocks and bonds. It is also possible to use Bitcoin to make purchases, but the number of sellers accepting cryptocurrency is still limited.

Large companies that accept Bitcoin include Microsoft, PayPal, and Whole Foods, just to name a few.

You can also use a service that allows you to link a debit card to your crypto account, which means you can use Bitcoin in the same way you would use a credit card. This also generally involves a financial provider instantly converting your Bitcoins to Euros, a very good example being Crypto.com.

In other countries, especially those with less stable currencies, people sometimes use cryptocurrency instead of their own local currency. Bitcoin offers people the opportunity to hold value without relying on a government-backed currency. It gives people an option to protect themselves from the worst case scenario.

For example, in heavily indebted countries such as Venezuela, Argentina, Zimbabwe, Bitcoin is achieving enormous success among the population.

How to buy Bitcoin?

Most people buy Bitcoins via cryptocurrency exchanges. Exchanges allow you to buy, sell and hold virtual currency and creating an account is similar to opening a brokerage account: you will need to verify your identity and provide some type of funding source, such as a bank account or a debit card.

Major exchanges include Coinbase, Kraken And Gemini. You can also buy Bitcoin at an online broker such as eToro.

Regardless of where you buy your Bitcoin, you will need a Bitcoin wallet in which to store it. This could be what is called a warm wallet or a cold wallet.

A hot wallet (also called an online wallet) is stored by an exchange or provider in the cloud. Online wallet providers include Exodus, Electrum And Mycelium.

A cold wallet (or mobile wallet) is an offline device used to store Bitcoin and is not connected to the internet. Some mobile wallet options include Trezor And Ledger.

Although Bitcoin is expensive, you can buy fractions of Bitcoin from some suppliers.

You will also have to pay attention to commissions, which are generally small percentages of your crypto transaction amount.

Finally, keep in mind that Bitcoin purchases are not instant as many other stock purchases appear to be. Since Bitcoin transactions must be verified by miners, it may take at least 10-20 minutes to see the actual Bitcoin purchase within your account.

Investing in Bitcoin: how to do it?

As an action, you can buy and hold Bitcoin as an investment. No matter where you choose to hold your Bitcoin, people’s philosophies on how to invest it vary: some buy and hold the virtual currency for the long term, others buy and aim to sell it after a price increase, while still others bet on its price in decrease.

An important note: While cryptocurrency-based funds can add diversification to holdings and reduce risk slightly, however, they carry substantially greater risk and charge much higher fees versus broad-based index funds with consistent return histories.

Is it still convenient to invest in Bitcoin?

In general, many financial experts support their customers’ desire to buy cryptocurrency, but don’t recommend it unless customers express interest.

As the experts of Borsainside.it say:

“Investing in Bitcoin is not a game but a good starting lineup is required.”

The value of Bitcoin, as we have seen over the years, is very volatile: the price has alternated moments of rise to very dark phases. In recent years, this cryptocurrency has often been in fashion, but, in as many situations, it has also ended up among the secondary assets with a consequent sustained flight by investors.

Before investing in Bitcoin, therefore, you should fully understand how the first cryptocurrency works and be aware of its extreme volatility. If you are looking for more stable investments, however, it is best if you consider buying stocks.

Gerhard Kerschbaumer: No Basel due to the “fault” of the XCC World Championship batteries

Cameron Diaz talks about her marriage: “I wasn’t ready to get married, but he’s special” 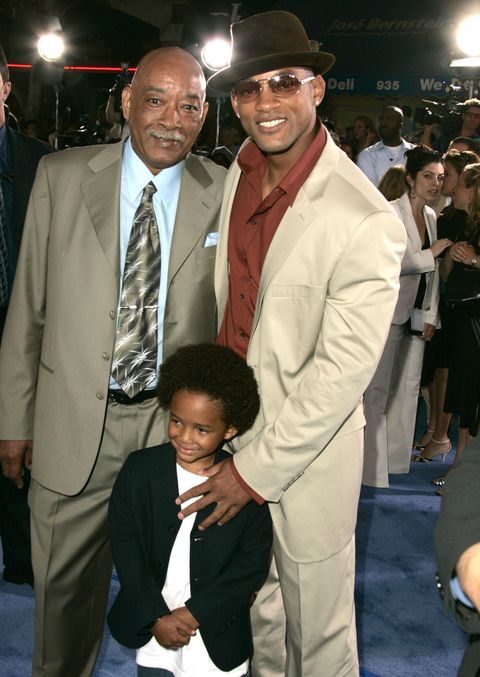 Will Smith, forthcoming biography tells of a violent childhood