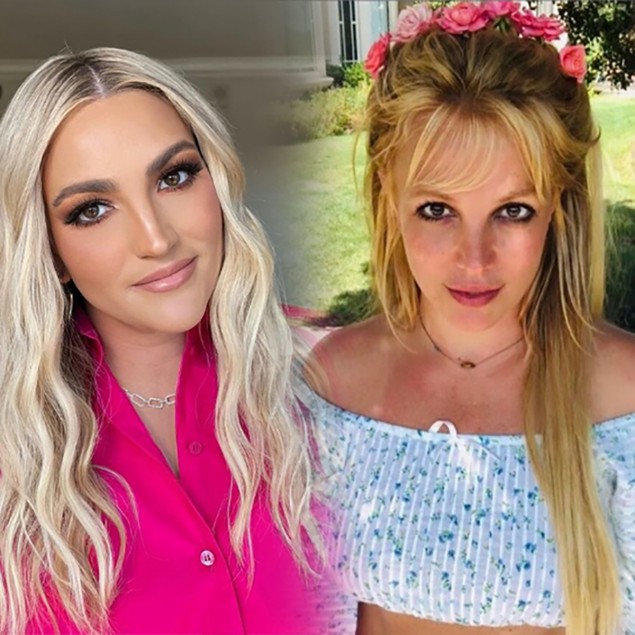 Since they released her (his words) last November, Britney Spears broke the delay. And he is recounting, week after week, his life under the strict control of legal guardianship. Officially exercised by the father, and, it now turns out, also by the entire family. The singer has something for everyone. But the clash that is staged via Twitter and Instagram in these hours with his sister Jamie Lynn Spears is no holds barred. With the pop star accusing the youngest of exploiting her to sell her brand new autobiography.

Open war between Britney Spears and Jamie Lynn Spears. Who insulted and accused each other on social media. Again. Here’s what happened. Instagram photo

What’s going on between Jamie Lynn and Briteny Spears

Jamie Lynn Spears, 30 years old and Britney’s younger sister, gave a long, tearful interview to a very popular TV show, Good Morning Americto. He was there to promote Things I Should Have Said. His autobiography. Where he also tells of Britney’s increasingly strange and bizarre behavior that led first to forced hospitalization and then to the intervention of the guardianship judge. Remember this word, “also”: we will return to it.

In between hiccups, Jamie Lynn, a former Disney starlet who tried with little success to become an actress and singer, repeated ad nauseam that she always loved her sister. And that he tried to protect her in every way possible. From everything and everyone, including herself.

“I’ve always been my sister’s biggest supporter, so when she needed help I found a way to help her,” cried the youngest of the Spears sisters. “I went to great lengths to make sure he had the contacts he needed to end legal protection. “I got her to help.”

Hearing these words, Britney Spears exploded. Again. She picked up her cell phone and started tweeting like a fury. A river in flood – sometimes unclear – where he insulted and accused Jamie Lynn. Who had stopped following on social media just a few days ago.

Speaking of having had a very high fever and that the bodyguard refused, in a sarcastic tone, to go get her medicine, Britney broke up her sister’s story. “Luckily I had a high fever and so I didn’t care what he said. But there are things that bothered me. The first is when my sister says I was out of control. But at that time, about 15 years ago, she wasn’t there. So why does he speak, if not why he has to sell a book at my expense? ‘ Not only. According to Britney, Jamie Lynn “has never had to work in her life. She has always been given everything. And I have given more than enough ».

The story, unsurprisingly, could not end here. This time it is Jamie Lynn Spears who responds to her sister via Instagram. Still with a very long post. Neater and quieter, but just as tough. “The last thing I would like to do is write these words, but here we are,” begins the showgirl. Trying to defend themselves in all ways. “Brit, I’m always here for you and you know I’ve always been out of the spotlight. It’s exhausting when the things you write on social media don’t match what you write to me privately. I know what you’re going through and I don’t want to belittle it, but I don’t want to belittle myself either. ‘

READ ALL THE NEWS ABOUT BRITNEY HERE

“Frankly the things that have been said are not true and I have to clarify them because it is increasingly difficult to explain in a ration way to my eldest daughter why our family continues to receive death threats due to the vague and accusatory posts of the aunt, so much more than he could tell the truth and put an end to it all. “

Do you remember the word “also” used at the beginning of this article? It is the thrust of the younger sister to the older sister. “I hate blowing my sister’s bubble, but my book isn’t about her. It’s not my fault that I was born a Spears too. And that some of my experiences involve my sister. I have been working since I was a teenager and have built a career despite being someone else’s younger sister. ‘

To the next battle.

SEE HERE THE PHOTOS OF THE TWO SPEARS SISTERS