“I want you to bring me a crown”, was the first sentence that her daughter said to Chantal Silliman when she found out that she was going to participate in the Señorita Santiago Universo contest, which she won last Saturday, September 10, becoming the first Dominican mother and wife who participates in the Miss Dominican Republic Universe.

The woman, 26 years oldtook the words as an impulse after learning that the organization changed the rules and accepted married candidates with children, which made it possible for women who had closed doors to show that they can be good beauty queens.

She understands that it has always been sought to limit women in the political, social and labor spheres, but that over time doors have been opening, so that the gap opened by the contest is “excellent”.

The winner of the local contest is the daughter of an American and a Dominican. She is a native of “the Heart City”, where John Silliman and Sandra Sosa met and took care of giving her a good upbringing, education and great support, as well as a beautiful childhood with good memories.

Silliman describes herself as an outgoing and creative person who loves expressing her ideas in design and the arts, even dancing, as long as she dances alone. Also, she considers herself to be a good human being, because she is always willing to help people in need. She met her partner in the United States and married him when she was 19 years old, coming to fulfill the dream she had since she was a girl to start a family. Her children are John Melo, 6, and Ella Melo, 4.

“My children make me happy and I do everything so that they are well… It makes me feel in harmony to hear them laugh when we share as a family, ”he said about his offspring.

He had started studying architecture, but after a while he joined the National Institute for Professional Technical Training (INFOTEP) to study the profession of interior design.

He had not previously participated in a reign, but when he found out that the famous competition had changed its rules, he was left in “shock”. That day she was in the living room of her residence and went to her daughter’s room, she looked for a crown to play for the infant and then went to her husband to tell her: “I am the Miss”. 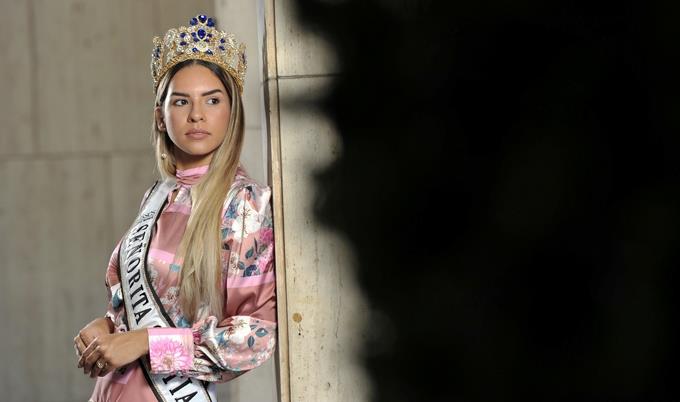 Her partner reacted by telling her that it was not allowed due to her current state, but after explaining what was happening, he told her: “Do it”, a word that served as an impulse, since she believed that because she was married and a mother, perhaps she would not I would support because of the level of exposure and the changes this would bring to their lives.

Additionally, he said that married women must be aware of the fact that when their partners do not allow them to shine it is because they do not want them, since a person who appreciates another wants to see her being successful and doing the things that she likes and makes her happy. 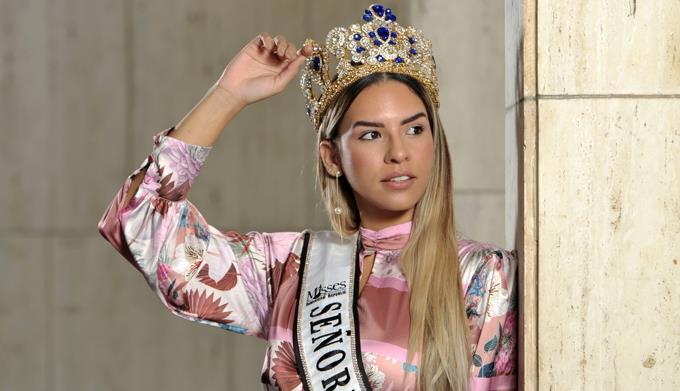 Before getting married, she normally used to wear heels and have another beauty routine, which changed when her marriage began, because she began to put on makeup in a simple way and dress in “comfortable” clothes to take care of the children and share with them.

Being able to participate in the contest gave her the opportunity to become more feminine again and recover the essence that makes her feel good about herself, so that she can continue to be inspiring for her daughter when she sees her dressed as a queen.

“I competed to motivate myself to be me again before being a mother, not to be Chantal the mother, but to return to my essence,” she said with emotion in her eyes and a big smile.

She prepared for the competition in order to represent Santiago, for which she studied public speaking, catwalk and other preparation processes with beauty pageant specialists.


Whenever he went out to rehearse, to take photos or to carry out activities of the organization, he told Ella “mommy is working to bring you the crown”, which is why obtaining it and that the girl can see it at home has had a great meaning for her. . 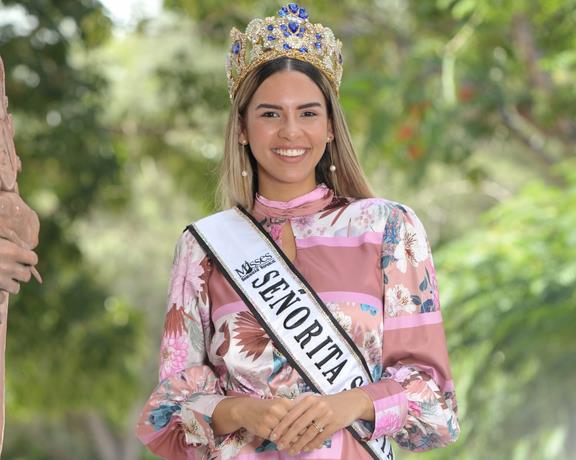 She explained that winning the contest was not difficult for her, but that one of her only sacrifices was to refrain from eating less food than she normally does so that she can feel confident walking in a bathing suit and regain the figure she had in the past.


When she found out that she had won the crown, she felt very excited and proud, because it was worth it for her to have worked being herself and transmitting good values ​​to the spectators of the contest.


“I rose to fame very quickly, I haven’t posted a thank you message yet because I still don’t believe it. I won that night and for me it was a shock of emotions, ”she commented on the experience after the coronation.


He considers that people grow a lot professionally in the contests and that they acquire lessons that are useful for other aspects of life, so in the future he wants to see this experience as a stage of learning and self-growth.

Finally, she said that every day she receives hundreds of messages from women who offer her their support, something that is extremely important to her.

The Organization of the Miss Dominican Republic Universe appointed Miss Andreína Martínez Founier, who will represent the country in the Miss Universe 2022 pageant, informed the director of the entity Magali Febles. 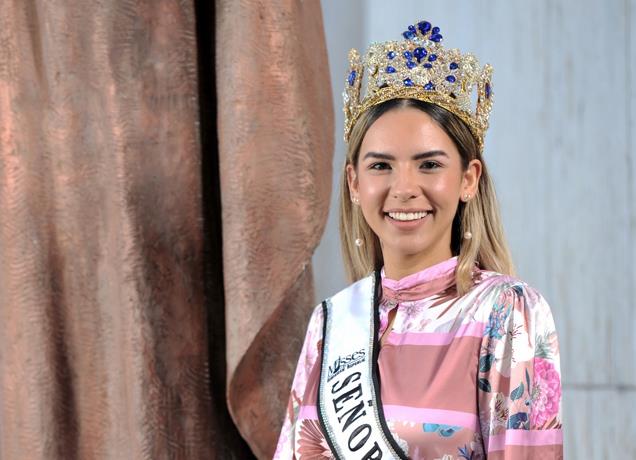 Chantal Silliman’s representative explained that the winner of the Miss Santiago Universe contest will participate in the election that the local organization carries out with a view to Miss Universe 2023.