In the last two months, coronavirus positive cases detected in China since the beginning of the pandemic have gone from about 130 thousand to over one million. Despite the significant increase in infections, the Chinese government continues to insist on the “zero COVID” strategy, which has proved ineffective in countering the spread of a very contagious variant such as omicron. Hundreds of millions of people are under lockdown in various areas of China, often with disastrous results as in the case of Shanghai, the borders are substantially blocked and there are enormous difficulties in the ports where most of the country’s exports pass.

The containment policies have led in recent days to a reduction in new positive cases, at least according to official findings, but with an enormous cost not only in economic terms, but also in terms of quality of life for millions of Chinese forced to remain segregated at home for days, often with great difficulty in finding food and other comforts. According to various observers, the last two months of fighting the pandemic are among the most serious errors of assessment made by the Communist Party of China in recent decades, with important responsibilities attributable to President Xi Jinping, looking for a third reconfirmation at the helm of the country in a few months. .

In recent years, Xi has increased his power, gaining the ability to overcome the two-term president limit set by the Constitution and rewriting the interpretation of a century of China’s history in a way that gives him a central role. Building on China’s sustained economic growth before the pandemic, Xi rules unrivaled and exerts strong control over the media and the Internet, limiting what Chinese people can see on social networks. There is dissent, of course, but it does not have a great chance of emerging and becoming evident to the majority of the population, who receive news and information from newspapers subject to censorship and propaganda. 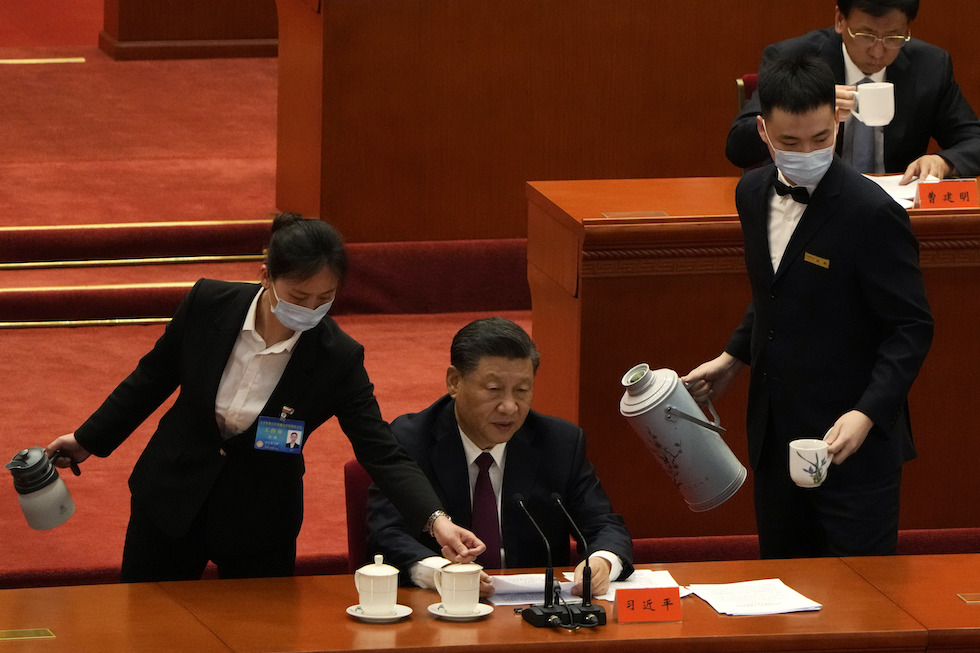 In this context, the internal perception of the pandemic trend differs from that abroad. In the first months of 2020, the Chinese government had, for example, imposed a very severe lockdown in Wuhan, the city where the first cases of COVID-19 were detected, with millions of people forced to stay at home or be confined to isolation centers. in case they test positive for the coronavirus. In those weeks, the Chinese version of the “zero COVID” strategy took shape, which, as the name suggests, aimed at essentially nullifying the circulation of the coronavirus through restrictive measures. It is a different strategy from that adopted in most other major states of the world, where efforts have progressively been aimed at keeping cases below a certain threshold by accepting a limited circulation of the virus.

That solution worked better than elsewhere, making it possible to contain the epidemic in Wuhan within weeks, but it had enormous economic and social costs. The limitations on personal freedoms for citizenship, unthinkable for many democratic countries, were accompanied by various types of inefficiencies, starting with the difficulty in providing assistance to so many people forced to remain locked up at home without even the possibility of going out for the purchase. of basic necessities.

Over the next two years, China alternated periods of severe local-scale restrictions in places where new outbreaks occurred with others on a larger scale, for example reducing the chances of entering or leaving the country. The system worked, so much so that it received appreciation even from some observers abroad, convinced before the arrival of the vaccines that the only solution was to proceed with rigid lockdowns to be quickly imposed upon the emergence of new cases of contagion. 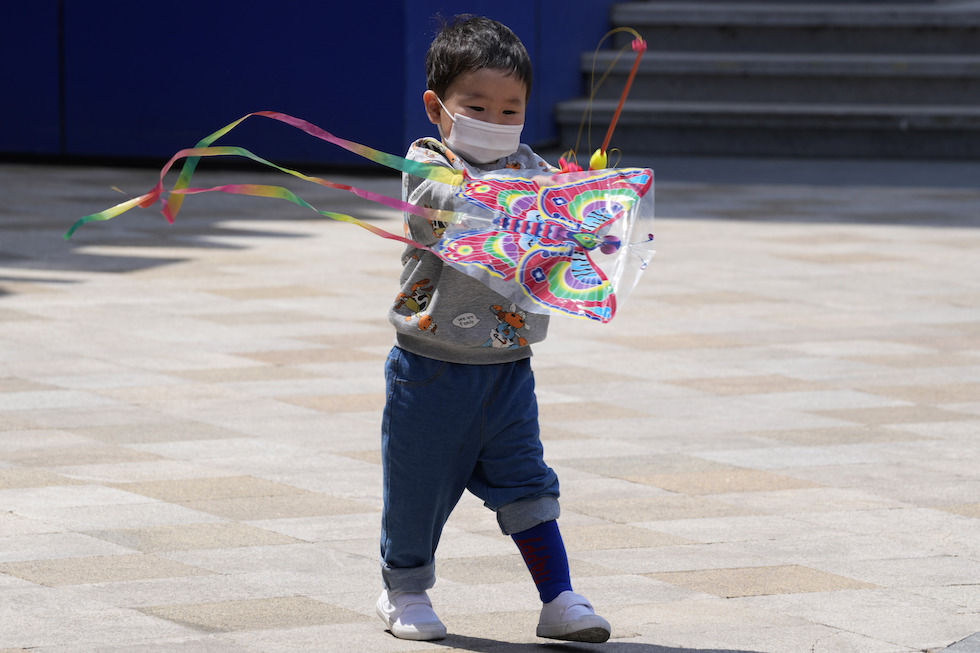 Then at the beginning of 2021 came the vaccines with their ability to reduce the risk of becoming seriously ill with COVID-19 and at the end of the same year the omicron variant, much more contagious than previous versions of the coronavirus, but generally less aggressive. and especially risky for people vaccinated with two doses plus the booster. In light of these changes, starting from 2022 it had become acceptable for many countries to follow a path of coexistence with the coronavirus, with a return to normal (albeit different from that before the pandemic). But in China, things turned out differently.

After the first cases found in Shanghai, the most dynamic and populous city in China with about 26 million inhabitants, at the end of March the local authorities had imposed mass population tests and lockdowns in some neighborhoods, which in a short time transformed in a generalized block of the entire urban area. Since then, more than 50,000 low-level officials of the Communist Party of China, divided into neighborhood committees, have been busy enforcing the restrictions imposed by the central government, in an uncompromising way or with greater flexibility, leading to further confusion.

The result was a chaotic lockdown, with isolation centers for the positives overflowing with people, often forced to live for days in unsanitary conditions, an enormous difficulty in obtaining food for the isolated people at home and harassment of various kinds by of the authorities. Discontent grew and there were protests, with videos circulating for a few hours on Chinese social networks and then quickly removed by government censorship.

In the most acute phase of the crisis in Shanghai, the Chinese government seemed more interested in hiding the errors than in resolving the situation, for example by rethinking the “zero COVID” strategy more strongly, as it seemed to have decided to do at the beginning of the year. ‘year. The blame for the disastrous lockdown in Shanghai has been attributed by the central government to local officials, recalling that the city has always enjoyed numerous autonomies, even if in reality it is still subject to strict control by the Chinese government. 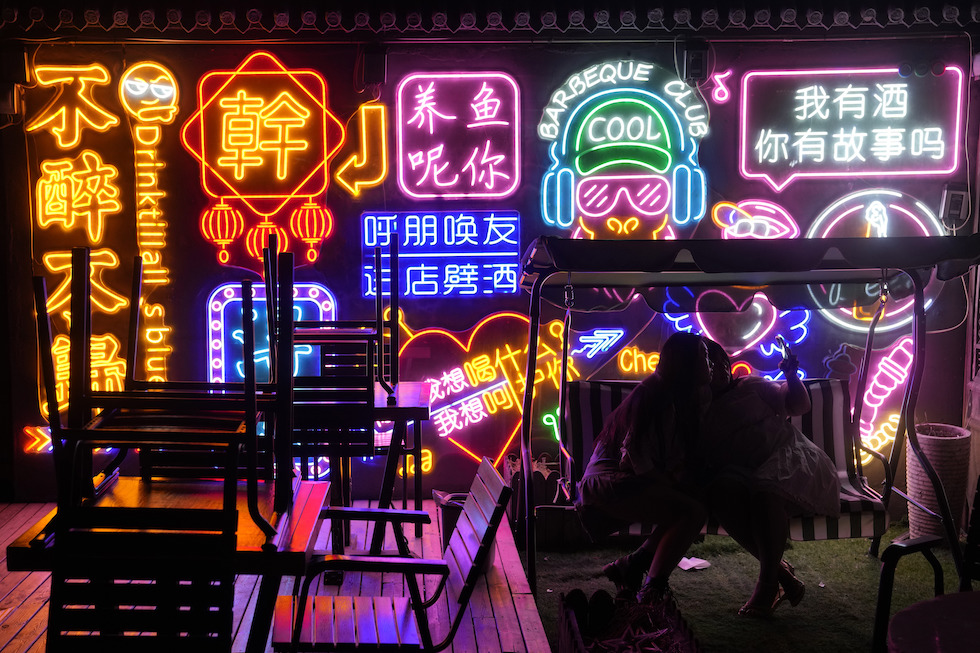 In Beijing, the capital of China, where a few dozen cases have been detected in recent weeks, the authorities decided to immediately apply the “zero COVID” strategy, starting mass tests in various neighborhoods and deciding the isolation of residential areas affected by the infections. Unlike Shanghai, the Chinese government cannot claim that Beijing is less under its control: problems similar to Shanghai’s would be directly attributed to the Chinese Communist Party and Xi. Precisely for this reason the level of attention is very high and we proceed with prevention activities, if necessary with drastic solutions as at the beginning of the pandemic.

In a phone call recorded and shared on Chinese social networks, then removed from censorship, a Shanghai official had recently responded to a citizen’s complaints about the lockdown by saying: “The disease has been politicized.” The official then added that what was happening in the city was madness and that the leaders of the local committees, in charge of carrying out the instructions of the central government, were often in difficulty about what to do. In a post published online and quickly cleared by censorship, a law expert often critical of the government wrote that the authorities: “They are not fighting the pandemic. They are creating disasters ».

Observers and analysts have wondered what comes from this apparent obstinacy of the Chinese government in following a strategy of containing the virus which, in fact, is proving inadequate to counter the spread of the omicron variant. The impression is that the obstinacy to continue with “zero COVID” derives from a precise political choice: to demonstrate that a strong central government is the best way to counter the pandemic and that the Chinese way is better than the Western one of coexistence with the virus. Changing some approaches now would imply having to acknowledge errors and above all question some of Xi’s decisions, a few months after his next re-election.

At the end of March, the Chinese government had announced some slight changes to the “zero COVID” strategy, for example with the adoption of a more flexible test and lockdown system at the local level. Xi said he did not want to abandon the fundamentals, but added that China would “strive to achieve maximum prevention and control at the lowest cost and minimizing the impact of the epidemic on social and economic development.” However, it was already clear at the time that the priority would remain to minimize cases, often at any cost. 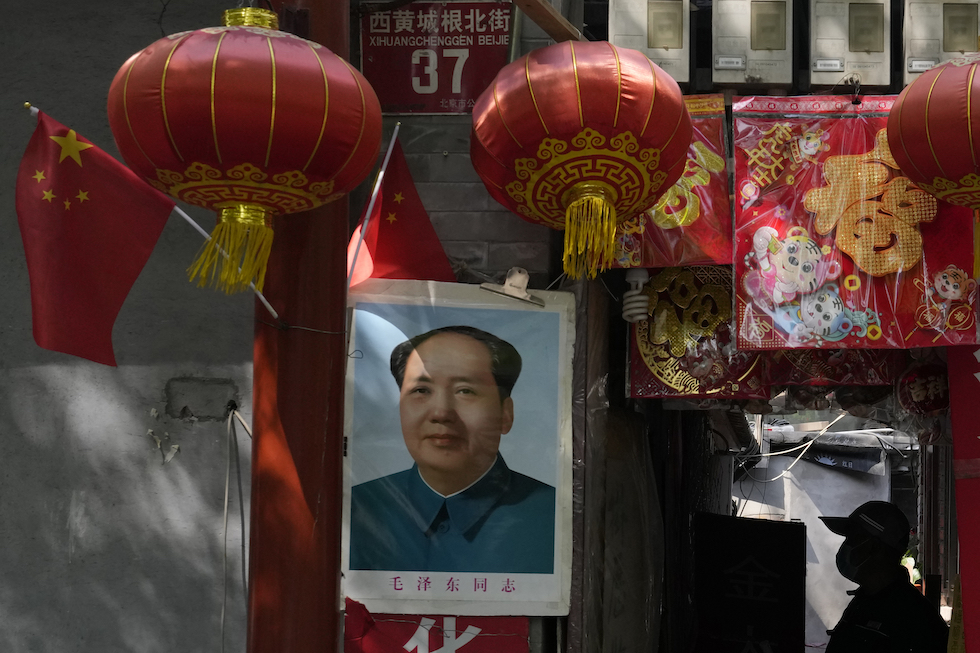 As early as mid-April, nearly 400 million Chinese were subjected to some kind of limitation or lockdown, with serious consequences for both the production system and transport. Blockades between provinces prevented, and to some extent still prevent, trucks from transporting raw materials and finished products, flooding China’s ports with hundreds of merchant ships waiting days before they can unload or load containers. The slowdowns in ports and in the production system are already having consequences on international trade, increasing problems that had already emerged precisely because of the last two years of the pandemic.

The Chinese government continues to ask local administrations to find the right balance between limitations and maintenance of industrial and commercial activities, but in fact the request to keep new infections practically at zero prevents the adoption of less rigid policies similar to those adopted in the West . The requests also concern the launch of campaigns and incentives to encourage those who have not yet been vaccinated to do so, especially among the 50 million (out of 264 million) over-60s who have not yet been fully vaccinated.

The errors of assessment and the obstinacy with which the “zero COVID” strategy is maintained do not have many precedents in the recent history of China, full of successes especially in the economic field, albeit with great distortions and severe limitations on personal freedoms. The New York Times he recently recalled how another “zero” policy was in the past a source of serious problems for the Chinese government, demonstrating how some political choices can cost dearly, especially when they go against practical and scientific evidence.

In the spring of 1958, the Chinese government asked for a common commitment from all the population to exterminate the sparrows, considered by the then president Mao Zedong to be one of the main causes of damage to agriculture. For days, millions of people used pans, lids and other systems to scare the sparrows and keep them from landing, so that they died exhausted after hours of flying. According to some estimates, about two billion sparrows were killed in China in a few months, much to Mao’s happiness.

Sparrows, however, were among the main insect hunters, which began to proliferate in the fields and destroy crops, much more than birds did. The devastation was such as to make the extermination of sparrows one of the causes of the so-called “great Chinese famine”, in which tens of millions of Chinese starved in just three years.

At the time, Mao and other party officials ignored warnings from scientists and agricultural experts, with dire consequences. On a scale and at different times, it now appears that the government does not want to listen to the experts who advise abandoning the “zero COVID” to move to a strategy of coexistence with the coronavirus, more manageable than a couple of years ago thanks to vaccines and recently to a less risky, albeit highly contagious, variant.

The Region of Murcia hopes to attract health and wellness tourists

Call for the course on Awareness in Human Rights, Gender and Violence of the Faculty of Medicine – PAHO/WHO