We recently told you that a Chinese satellite “towed” another from the same nation into a graveyard orbit. The operation, which was carried out for peaceful purposes, set off alarms in the United States, due to its potential use in a military scenario. Now the Asian giant has developed an advanced robotic arm with “unprecedented strength, flexibility and service life”.

China’s ambitious plans range from a mega-constellation of satellites that could compete with Starlink to its own multi-kilometre space station, obviously including its desire to send taikonauts to the Moon and set up a base there alongside Russia. This new robotic arm capable of “strangling” satellites could help increase its growing space power.

The robotic arm has been developed by the Changchun Institute of Optics, Fine Mechanics and Physics. According to an article published by the researchers in the journal Robot, it is 1.5 meters long and consists of nine segments. Each part works independently and can rotate and twist to reach intricate places where current robotic arms can’t.

The researchers say they are aware that making repairs in space is very complex. To deal with this, they have designed the robotic arm in such a way that if one of its segments has problems, it can be quickly replaced by another in orbit. “The modular system is the solution to this problem,” says researcher Xu Zhenbang.

One of the most outstanding features of this robot is that it has an artificial intelligence system that allows it to work in coordination with others. For example, various systems can act as tentacles to move or manipulate large objects. In fact, the researchers have already tested these capabilities in laboratory simulations on the ground. 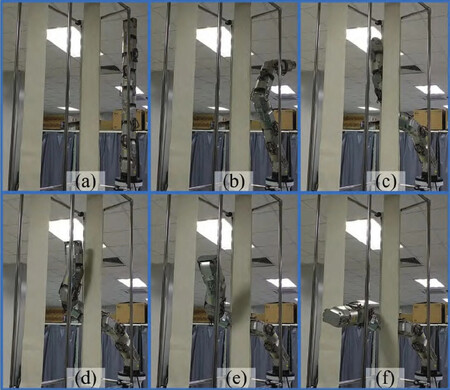 The robotic arm at the facilities of the Changchun Institute

Those responsible for the project say that the system is in full development and that before their trip to space they will have to replace some metal alloy parts with others made of carbon fiber to reduce their weight. However, they do not specify if they already have some type of agreement with the China National Space Administration for tests in space.

A scientist, who did not reveal his identity, told the South China Morning Post that the robotic arm it has enough force to crush a small satellite like “a python strangles its prey”, although military use should have a different design. For their part, from the Changchun instinct they point out that their developments are designed for peaceful purposes.