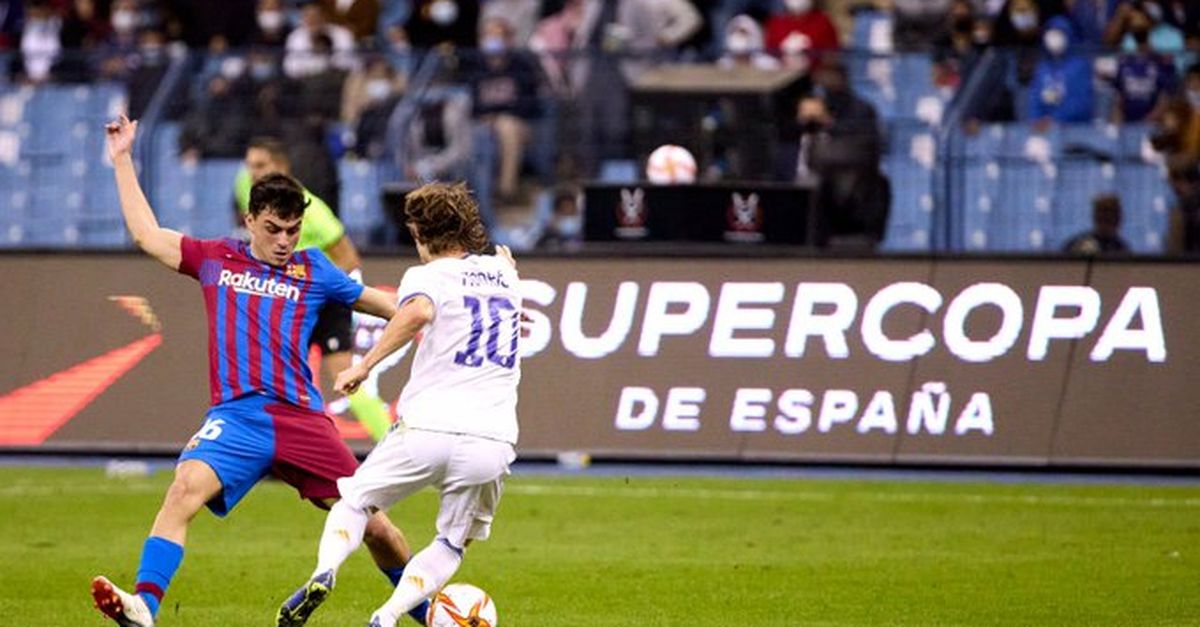 Real Madrid beat Barcelona 3-2 in the semi-final of the Spanish Super Cup and Modric (“I’m proud of my Madrid”) and Benzema (“We are the strongest team in Europe? No, in the world”) exaggerate.

The post-match examination, with a few digs, by Carlo Ancelotti: “The match was suffered. It was balanced, with good plays, with two good teams. It was a lot of fun and on the bench we have always suffered. We are using the counter attack well because we have players with these characteristics. We are not unbeatable because there are so many other strategies in football, but they are doing it really well. Karim Benzema is fine, he took a hit. Now we have time to recover until Sunday ”.

Here is Ancelotti’s famous eyebrow when answering the question about Xavi he says that Barça have been superior: “I don’t agree, I saw a balanced game. They had possession of the ball, but we conceded the first goal due to bad luck. We didn’t dominate and they didn’t dominate us. We stooped to seek counterattack. The three goals were spectacular. Pique? I told him to play the ball with Vinicius, like we did in the first half, but he told me they never let go. So I said I didn’t know, it was respectful. “