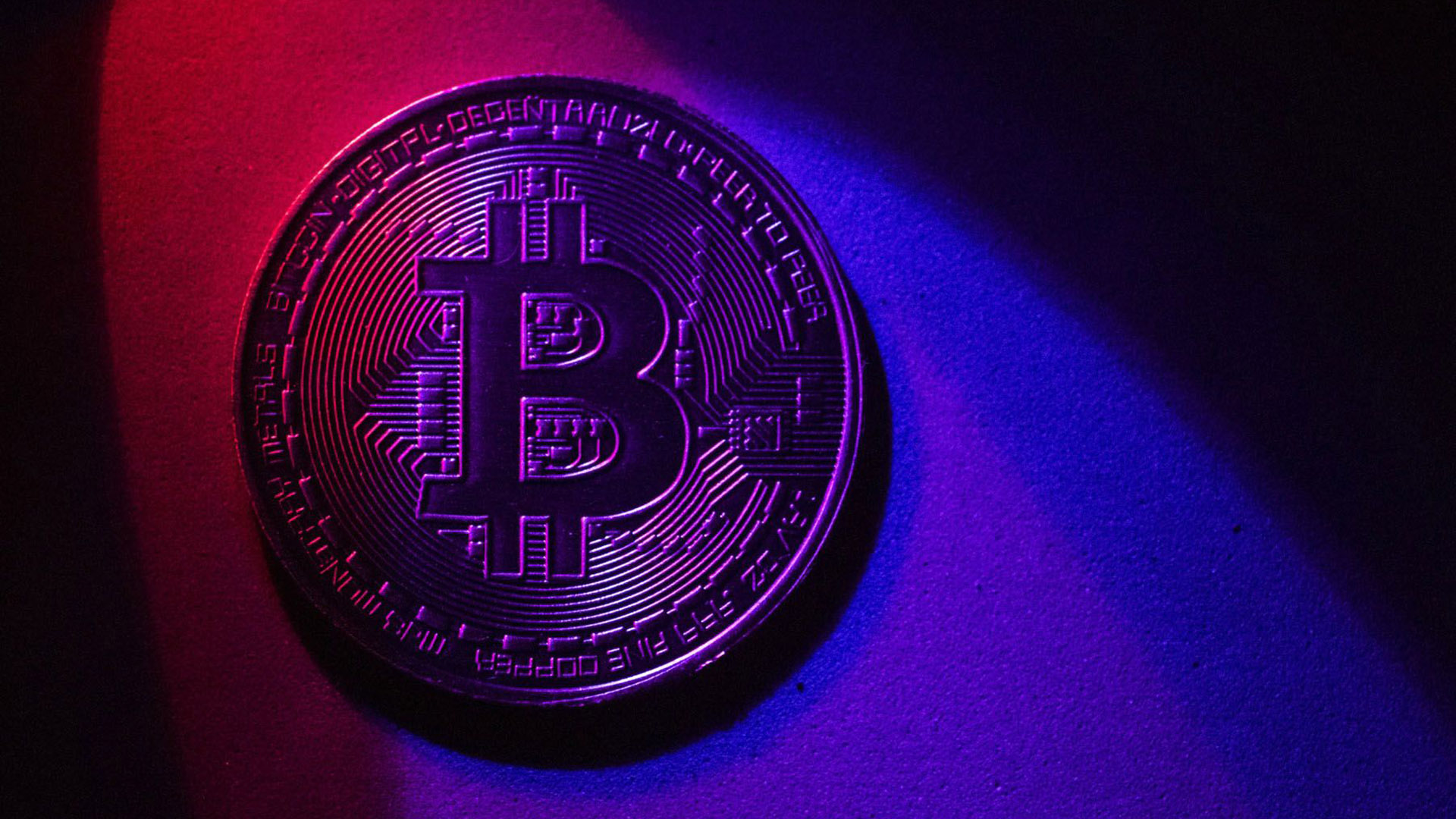 A novelty Bitcoin arranged in Sydney, Australia, on Friday, March 4, 2022. Bitcoin and other cryptocurrencies rose earlier in the week on the expectation that they might gain traction during Russia’s invasion of Ukraine. The advance was then stymied by concern about the effect of international sanctions against Russia. Photographer: Brent Lewin/Bloomberg

Thus it reached its lowest level since June, while the stable cryptocurrency TerraUSD continued its downward spiral.

The world’s largest cryptocurrency by market value fell at one point in Wednesday’s session by more than 6% to trade at $29,085, nearly an 11-month low. Analysts had been eyeing $30,000 as a key threshold, with many projecting that losses could accelerate once the coin fell below it.

Meanwhile, the algorithmic stablecoin TerraUSD continued its downward spiral, trading below 30 cents. Backers of the coin are trying to raise around $1.5 billion to prop up the token after it crashed out of its dollar peg, according to a firm founder briefed on the deal. 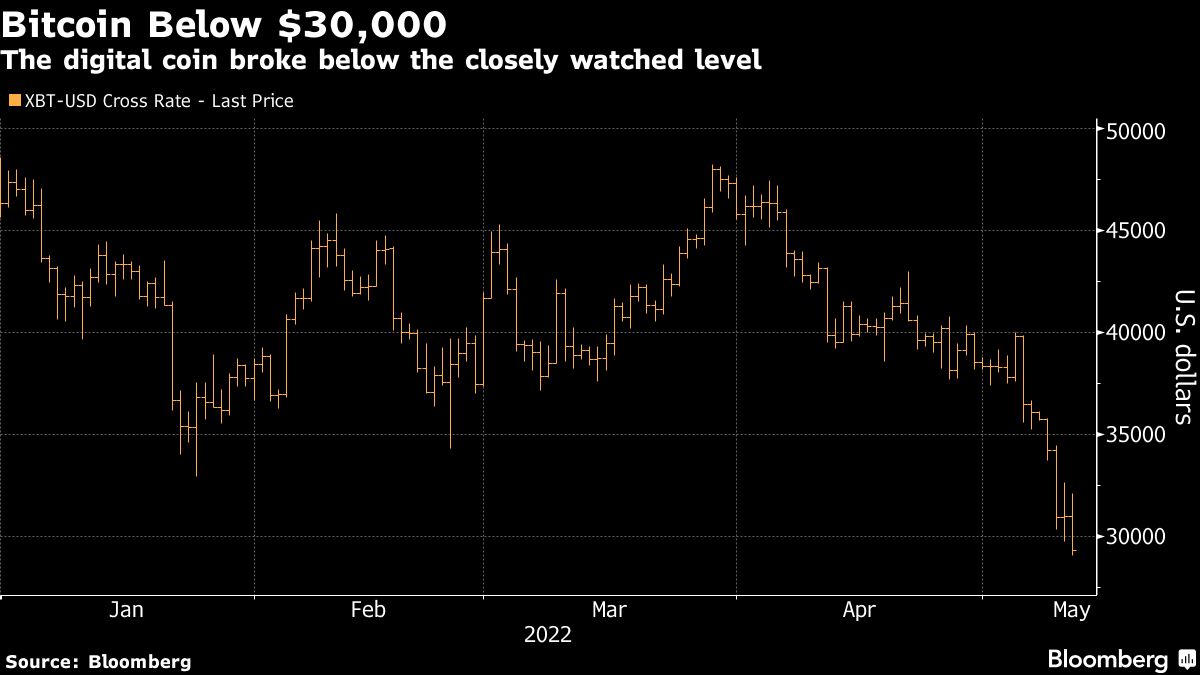 The drop came after data showed US consumer prices rose more than expected in April, indicating inflation will remain elevated for longer. The data also suggests that the Federal Reserve will stay on its path of aggressive interest rate hikes.

“There is extreme fear in the cryptocurrency market,” he said. Marcus Sotiriou, an analyst at UK-based digital asset broker GlobalBlock. “In addition to the ongoing macroeconomic headwinds, there is now a fundamental risk to the crypto industry as the UST stablecoin has de-pegged from $1.”

Cryptocurrencies and other riskier assets have been under pressure throughout the year. The Federal Reserve and other central banks are raising interest rates to combat red-hot inflation, creating an unfavorable environment for risky assets.

Bitcoin’s Relative Strength Index is now at 21, showing it is at its most oversold level since January. The coin now needs to stay above $28,000. A drop below that level could start a new wave of selling.

Still, many cryptocurrency investors—mindful of the fact that bitcoin has previously gone through boom-and-bust cycles to bounce back over and over again from losses—preach patience.

As Infobae highlighted today, peter schiff, CEO of Euro Pacific Capital, predicted a possible crash of the world’s most popular cryptocurrency to $10,000.

“If Bitcoin decisively breaks below $30K it seems very likely that it will crash below $10K. That means that anyone who owns Bitcoin now has a very important decision to make. What are you going to do? You better decide now so you don’t panic and make a rash decision on the spot,” he tweeted.

In addition, so far this year the Argentine peso has yielded more than bitcoin, strange as it may be with a projection of more than 60 points of inflation. In an index with base 100 on the last day of 2021, the Argentine peso gained 2.97% in the year in dollar terms. That is, if the free dollar and its informal price are taken as a reference.

In the same period, meanwhile, the Bitcoin’s dollar value fell 34.46%.

With information from Bloomberg

“Bitcoin is about to crash”: the prophecy of an expert who ensures that the most popular crypto will fall below USD 10 thousand
Dollar today: the free price rose to $205 and the exchange rate gap reached 75%
Yerba mate increases: production will fall by 30% due to the latest drought and an impact on the gondola price is discounted