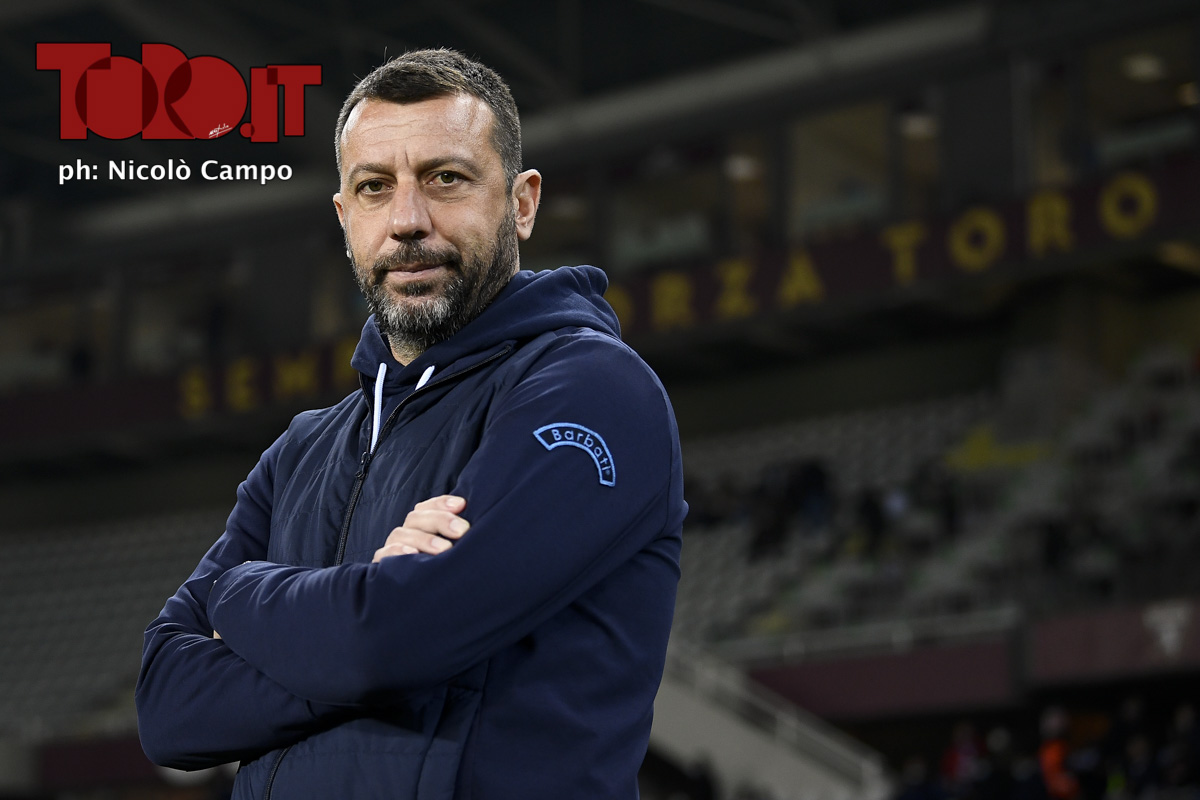 The advance on Saturday is just missing, which will see Sampdoria and Torino as protagonists in the match valid for the twenty-second matchday of Serie A. The Sampdoria coach Roberto D’Aversa thus presents the match that awaits his team: “What we face tomorrow is Torino who beat Fiorentina 4-0, therefore a very strong team physically and with a large squad. It takes a team and an attitude predisposed to win duels. I believe that tomorrow’s match will take place on physical situations. Torino is a team that does not let you play. We have to evaluate the conditions of some players and I am referring to Ekdal and Ferrari. He is an intelligent player who can fill that role as well. We are thinking both about the Coppa Italia match that saw us winners and about the first leg where we did not play at our height from the point of view of attitude. We must be ready both mentally and physically to face a strong team like them“.

D’Aversa: “Everyone trained apart from Quagliarella. The team is fine “

On singles: “Apart from Quagliarella, everyone trained. Both physically and mentally, the team is doing well, but we are waiting for tomorrow’s match to judge. Numerically we should be okay with the eleven starting. Rincon he entered very well in Naples, he showed experience and that he was a strong player. Looks like he’s been here since day one of the retreat. I didn’t think he was doing so well. It has important qualities. He is a player who, despite being a midfielder, with his characteristics can play the role of central defender. It would thus help in the construction phase. But other aptitudes are also needed for that role. Ekdal can also cover it. Accounts comes from a period of inactivity. We will see. What matters tomorrow is the attitude. In the last few matches we have conceded goal situations more for our own demerits than for the merits of others“

The Sampdoria coach: “We have to go out on the pitch to try and resume the interrupted path”

On the progress of the team: “Tomorrow’s game must see us willing and eager to resume the journey of the final of the first round. If we analyze the last nine games, the numbers are positive in all but the last two. In the second half with Cagliari and Naples they were not comforting. We have to go out on the pitch to try to resume the interrupted path. If you take away from any team two central players and two midfield players, it is normal that in terms of balance, performance and result, some problems can give you. We had achieved a certain balance, now we have to work to find it. The attack has been sterile lately. But apart from Cagliari and Naples, the situation changes on the danger index and the opportunities created. When the goal does not arrive, you cannot think only about the attackers, just as you cannot blame the defenders when too many are suffered.“.

On the market and objectives: “We have to think about every single match, we don’t have to be anxious but to score our points. There is still a group to play and anything can happen. For example, a team like Cagliari can recover six points and bring us closer to the red zone of the standings. We have to fix the negative aspects and the squad but the club is doing well. Market? Before a game I prefer not to talk. I believe that due to the path that was initially made, whether due to injuries and departures or escapes on the outside, we are missing players. Then we have to see what we can afford, a coach must try to make the most of who I have available. Obviously the expectations could have been different but the judgments must be given in a balanced way. We had a good first half which would have been great if we had beaten Venezia“.