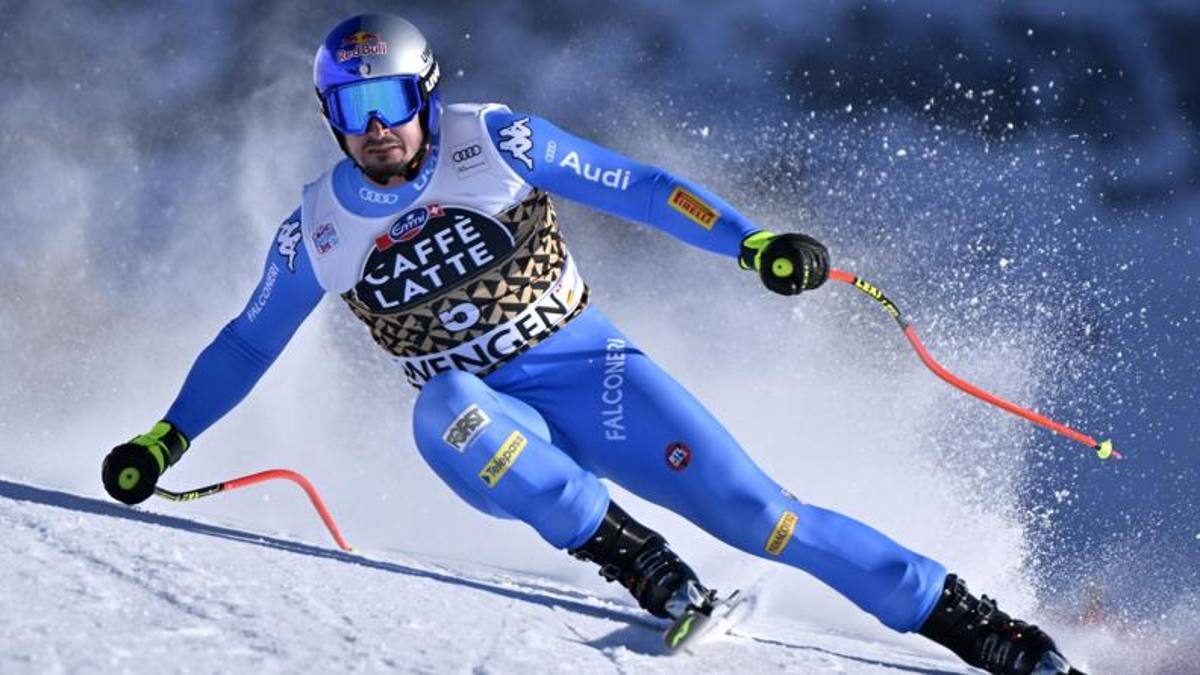 In the race without having played the tests (he returned negative in time, but Austria had not let him start) the world champion from Cortina mocked Feuz for 34 cents. Domme returns to the podium

It is an Austrian holiday in Wengen. Vincent Kriechmayr (2’26 ”09) triumphs on the longest track of the World Cup, in the Lauberhorn descent from 4270 meters and almost two and a half minutes that leaves everyone breathless. The downhill and super-G world champion in Cortina was the best at brushing the corners of the Ziel-S, one of the fastest on the exit of the road. Nothing to do for Beat Feuz and Dominik Paris. The Swiss made a mistake in the final (impact with a post), Domme instead made a mistake on the Hundshopf and an incredible final was not enough to recover. Feuz is second at 34/100 (9 meters and 94 centimeters), Paris at 44/100. Two other favorites Aleksander Aamodt Kilde and Marco Odermatt failed to overtake the veterans this time around. The Norwegian after yesterday’s success is seventh at 98/100, the World Cup leader fourth at 48/100 ahead of mayer: now he has 390 points ahead of the Norwegian in the general classification.

Paris is satisfied: “Today I put everything I had on the track, I saw Feuz on TV and he hadn’t skied so well and I thought I could beat him. But then, at the Hundschopf I made a mistake and I left too much time. Then underneath I managed to ski as I set out to do and the result showed. I am very happy with this result because in Wengen I always struggle to do well, and for this reason it is even better to get on the podium here ”. Innerhofer was disappointed that after the good sensations in practice he finished 12th at 1 ”85. “I made too many mistakes, and I lost the race at Kernen S, where I missed the line and lost all speed. Today I wasn’t as fit as yesterday, I wasn’t feeling great. The good thing is that I can make nice curves, but today I wasn’t able to make them all the way “.

With today’s third place Paris returns to the top of the specialty ranking, but the challenge is very tight: 316 places for the blue, 305 for Kilde and Feuz, 302 for Mayer. Disappointed Christof Innerhofer, after the good sensations in practice he made a mistake before the Hundshopf and finished at 1 ”85. It was the last race in his career for Carlo Janka, winner of the World Cup in 2010 retires at 35.

The success of Kriechmayr will spark controversy: the Austrian left without having competed in the tests, because he had returned from a positivity at Covid and returned negative only to dispute the super-G on Thursday. To allow him to start, the FIS had organized a personalized test and he stopped after a few meters: according to the regulations, just start. “The decision was made in the best interests of the sport and the athlete – said Markus Waldner, technical director of the men’s Cup -. In these complicated times due to the Covid 19 pandemic, it is important to find solutions to allow our athletes to compete. provided they are able to provide the necessary requirements according to the FIS Covid guidelines. The decision did not give the athlete an advantage and the jury would have made the exact same decision for any other athlete in the same circumstance “.