After a video posted on Instagram by Khloé Kardashian in which she films herself doing stretches in a gym, some Internet users did not hesitate to affirm that she had used buttock implants.

The young woman, whose appearance has constantly changed in recent years, shared a short stretching session where she puts herself on her hands, and lifts one leg in the air one after the other. A video cut into three pieces and posted on his Instagram account.

Strangely, netizens got into a heated debate over Khloé Kardashian’s buttocks, and whether or not she’d had buttock implants. Or if she had rather made fat injections to increase the volume of her buttocks. Proponents of the first theory point out that it is possible to detect the implant with the naked eye.

The discussion took on such proportions that Khloé Kardashian herself intervened to respond directly to Internet users. “Lol bunch of betas. It’s the seam of the leggings that does this. That’s too funny ha! You just want to believe in something bad,” she said. 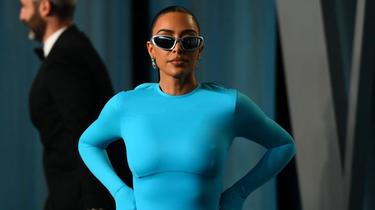 If some have chosen to take the young woman at her word, others have persisted in their assertion that she had recourse to implants, and that she had better assume her multiple recourses to surgery. This isn’t the first time Khloé Kardashian has been attacked for her looks on social media. Last year, she was called an “alien” after another change in appearance.