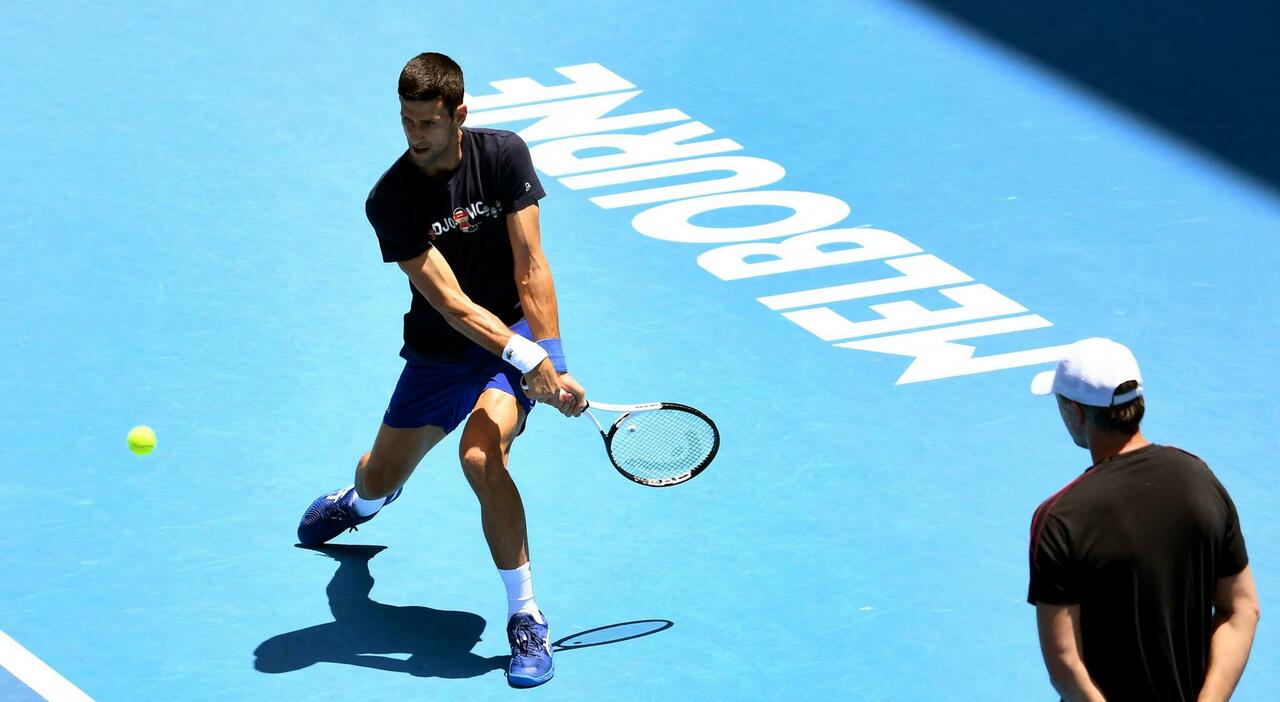 Novak Djokovic, the Australian immigration minister, Alex Hawke, canceled the visa of the tennis number 1 who could be forced to leave the country within a few hours. Hawke used one of the greatest powers the role holds for him in an area where Australia has always used extreme harshness in trying to contain illegal immigration even before the scenarios became intertwined with the pandemic issue. In the chaos the Australian Open that the Serbian champion hoped to win to overtake rivals Nadal and Federer: all three are at 20. Yesterday the draw took place to compose the draw of the tournament that will begin on Monday 17 January: Djokovic has been paired with compatriot Miomir Kecmanovic and therefore could find Berrettini in the quarterfinals. Meanwhile, the request for resignation of the organizers of the Tournament rises, accused of not having been meticulous in dealing with the registration of the Serbian champion, thus exposing Australia to an international scandal that damages the image of the country.

Granted, however, that the Serbian’s team of lawyers present a new appeal, also because there is not only participation in the first Slam tournament of the year at stake, but criminal matters: in Australia you risk a sentence of up to 5 years if you present false documents to obtain a visa, while the ATP, the association of professional tennis players, provides for up to 3 years of disqualification in the case of cheating of this type. In short, it would be the end of Djokovic’s career who is not vaccinated and who applied for a visa claiming to have fallen ill with Covid in December. However, by his own admission, he violated his isolation by being interviewed by the team and going to Spain.

Djokovic also risks not being able to return to Australia for three years.

According to the Sydney Morning Herald, the champion’s lawyers have already prepared the appeal that could be discussed in court by Sunday, the day before the tournament starts. A first appeal was accepted in recent days, allowing the sample to leave the former Melbourne hotel transformed into a detention center and quarantine place for immigrants not considered to be legal. Building where the Czech tennis player Renata Voracova also ended up before being expelled again for reasons related to the vaccine and visa. A treatment that only exacerbates the controversy over the case of the champion who is still in Australia.

Meanwhile, Novak Djokovic will have to show up for an interview with immigration officials on Saturday: the internal affairs department has already contacted the tennis player’s lawyers. After the minister’s decision, Djokovic actually does not have a valid visa and must go to detention or get on a plane to return home. The Serbian tennis player’s lawyers would be evaluating the appeal option, presumably focusing on a simplified process with reduced times for written observations and verbal evidence. Times are very tight, the Australian Open starts on January 17th.

I have exercised my power to cancel the visa that Novak Djokovic had obtained for health reasons, believing it was not in the interest of the public, “Hawke said in a statement, adding that” the Morrison government is firmly committed to protecting the borders of the country. ‘Australia, in particular in relation to the Covid-19 pandemic ». By canceling the visa of the tennis number one, the Australian minister wanted to “thank the officers of the Department of Internal Affairs and the Australian Border Force who work every day to serve the interests of Australia in increasingly difficult operational environments”.

“I understand that, after careful consideration, the minister has taken action to cancel Mr. Djokovic’s visa held for health reasons, on the basis that this is in the public interest. This pandemic has been incredibly difficult for every Australian, but we have stood together and saved lives and livelihoods. Together we have achieved one of the lowest death rates, strongest economic indices and highest vaccination rates in the world. Australians have made many sacrifices during this pandemic and rightly expect the outcome of those sacrifices to be protected. This is what the minister is doing today. Our strong border protection policies have kept Australians safe, before Covid and now during the pandemic. Due to the expected legal proceedings underway I will not provide further comments ».

The story of Novak Djokovic at the Australian Open 2022 will become a series on Netflix. The case that is hitting the number one in the world will be an integral part of the tennis documentary that the streaming platform has already started shooting. According to the “Daily Mail” indiscretion, the crew has been at work for days and he would have already filmed many unpublished scenes that will reveal the behind the scenes of the story.

Netflix’s idea was to make a series similar to “Drive to survive”, which tells the world of Formula 1 from the inside. None of the production had obviously foreseen such an event, but now the docuseries could become one of the most awaited.

The series will be produced by London-based Box To Box Films, and executive producer is James Gay Rees, who also made the one on F1. The success of the latter prompted producers to move to tennis. The crew will follow the circuit throughout the season and will obviously also tell the story of the most famous no vax of the moment. The same production company made a film about the life of Steven Gerrard and Cristiano Ronaldo.

He had talked about the possibility of shooting a tennis series before Christmas Andy Murray. “A lot of people have talked about Drive to Survive. I saw some episodes myself, I enjoyed it and something like that would be really good for tennis too, “he said. He was satisfied.