It is on Instagram that Dwayne Johnson wanted to thank his fans for his 20-year career in Hollywood. The opportunity for the star of the film “Black Adam” to remember his difficult beginnings.

What a long way. 20 years ago, a professional wrestler by the name of Dwayne Johnson, and nicknamed “The Rock” in the rings, began his film career in the poster of “King Scorpion”, a low-end fantasy film which most fans of the actor have forgotten the existence.

As he celebrates his 20-year career in Hollywood, Dwayne Johnson, who will soon be starring in the film “Black Adam” (theatrical release scheduled for October 19), posted a video and a message on Instagram where he reveals a mosaic of all his films, created by a hotel where he is accustomed. The opportunity for him to remember his difficult beginnings in the film industry, thanking his fans in passing for their unwavering support.

“I have never seen my films presented in this way and it was a reminder for me to thank all my fans around the world, you and your families, for your support, for your love, for the confidence in my aptitude to live my passions,” he begins. 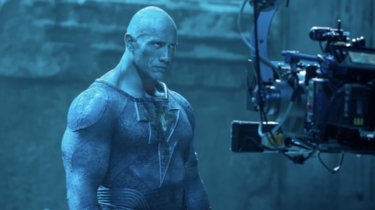 “When I got to Hollywood 20 years ago, I worked hard to get there, and they said, ‘You can’t call yourself The Rock, don’t go to the gym, don’t talk of wrestling. Be like George Clooney, like Will Smith. And I told them ‘no I won’t be those guys, I have to be myself and if I fail in my career in Hollywood, at least I will have done it by staying true to who I am’. Today, years later, I see this mosaic made possible thanks to you, thank you, I love you,” he continues.