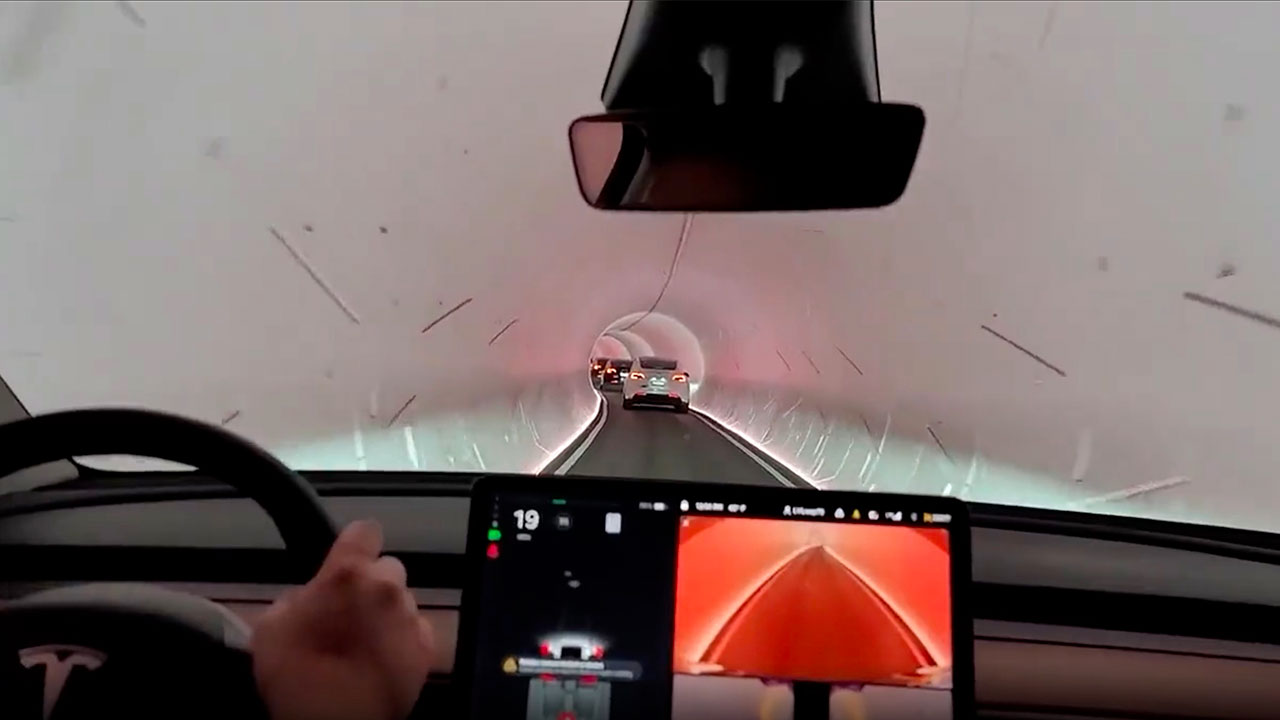 The Las Vegas Convention Center Loop is a tunnel excavated and built by The Boring Company, the futuristic company of Elon Musk, which was supposed to revolutionize transportation or at least that’s the idea Tesla CEO had in mind in 2016 when he thought of it and even put it into practice. Fed up with traffic that every day rages in cities all over the world, Elon Musk, has well thought of bypassing the thing by making futuristic underground tunnels able to cross kilometers of land connecting the nerve centers of the cities, all without more traffic jams and queues that make the driver lose patience.

A Tesla queue has formed in the traffic tunnel

All nice except that a few days ago some users of the Las Vegas Convention Center Loop were trapped inside the tunnel in the queue and without an escape route. Yes, because the tunnel has emergency exits but in fact what you see in the video is a long Tesla tail moving at a walking pace inside a very narrow underground tunnel.

Elon Musk said his tunnels would fix traffic congestion, but even his shitty Las Vegas tunnel is already getting backed up. Who could ?? ve predicted this ?! 🙃 pic.twitter.com/iNiyPnGDeJ

Clearly for all this there is an explanation. Who made the video in fact states that the Tesla queue inside the tunnel was created due to an important closure of one of the three stopovers of the tunnel that we remember is 2.7 kilometers long in total. Clearly nothing serious but in fact what has most affected the story is the damage to the image that the Las Vegas Convention Center Loop suffered and consequently also the idea of ​​Elon Musk’s project. An anti-traffic tunnel that could actually be an effective solution in some situations but which in fact becomes similar to a surface road even with the slightest problem. And especially from the video, many users have wondered what the safety measures actually are in the event of a block or queue or an accident.

The Boring Company writes on its website that there are emergency exits, fire extinguishing systems and powerful ventilation systems that in the event of a fire would draw smoke to allow travelers to exit the Loops unscathed. And then he states – citing examples of earthquakes that in the past have created a lot of damage on the surface but not in tunnels – that in the event of an earthquake the Loops are a sufficiently safe place. On safety, therefore, it seems that there are no problems, at least according to the company, but in fact, if the Tesla that pass through the tunnel also find a queue inside it, the Elon Musk anti-traffic project no longer makes sense to exist.