The Tigray rebels continue to advance towards the capital Addis Ababa and Premier Ahmed Abiy has announced that he will go to the front to lead the troops. The state of emergency declared by the government at the beginning of the month was not enough. The situation is getting very tense in Ethiopia. “It is a time when it is necessary to lead the country with martyrdom,” said the Prime Minister of Ethiopia, Abiy Ahmed, winner of the Nobel Peace Prize, now that the rebels of the Popular Front for the Liberation of Tigray (Tplf) they are advancing on the city of Debre Burhan, about 130 kilometers from the capital after having claimed control of the city of Shewa Robit, 220 kilometers from Addis Ababa. “Those who want to be among the children of Ethiopia who will be acclaimed by history, stand up today for their country, let’s meet at the front”, is Abiy’s appeal.

Defense Minister Abraham Belay announced a change of strategy in the fight against separatists. “We cannot continue like this, there will be a change,” Belay told the media, speaking of “different initiatives” without giving details. “What has happened and is happening to our people, the abuses committed by this destroyer, terrorist and looter group cannot continue,” added the minister.

As war rages between federal troops and Tigray forces, the US embassy in Addis Ababa has warned its fellow citizens of a possible terrorist attack in Ethiopia. US military authorities have positioned special operations forces in Djibouti to be ready to provide immediate assistance to the US embassy in Ethiopia should the security situation deteriorate. The situation is so at risk, due to the advance of the rebels, that the UN will evacuate the families of the international staff by Thursday. France also urged fellow citizens to leave Ethiopia “without delay”. Paris is committed to facilitating the exit from the country by booking airline tickets and “if necessary” is ready to organize a charter flight. As for diplomatic staff, there may be some “voluntary” departures, in particular of employees with families.

South Africa and Kenya have called for an “immediate” ceasefire and the United States warns that military escalation risks undermining progress towards a diplomatic resolution of the conflict. “What worries us is that the alarming developments on the ground are advancing faster than this fragile progress,” underlined the US special envoy for the Horn of Africa, Jeffrey Feltman, who has returned from a mission there.

Facebook and Twitter have been accused of not doing enough to block hate speech and incitement to violence in Ethiopia posted on their platforms, which adds further fuel to the flames of conflict. An accusation rejected by both social media, which show that in the African country only 10% of the population uses Facebook. However, the Network is widely used by Ethiopians residing abroad as well as by Prime Minister Abiy Ahmed himself. The executive recently criticized Fb for having removed a post by the premier in which he urged citizens to “bury” the rebels who were advancing south. Amnesty International noted a significant increase in posts on the current conflict that clearly incite violence and use ethnic slurs, noting that many of these “have not been vetted”. 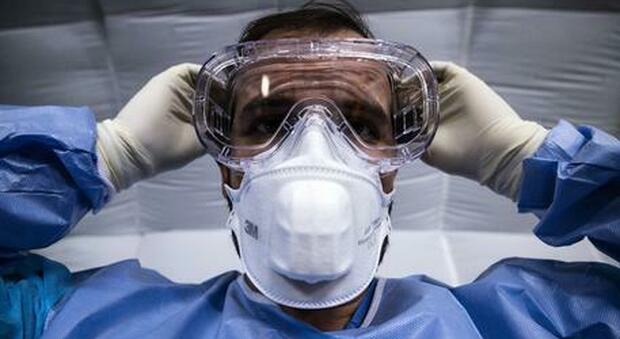 Usa, suv on the crowd during the Christmas parade in Wisconsin: at least 5 dead and 40 injured EU army, here is the first draft: a force of at least 5 thousand men. The role of Italy