From the second half of the 19th century to the present day, the figure of Eugenio María de Hostos, “The teacher of America and apostle of independence”, is recognized in Latin America, due to the long journey he traveled as an educator and civic revolutionary in search of of the freedom of the Antilles.

“The revolutionary Mr. Hostos”, who today marks the 119th anniversary of his death, expressed his strength of his ideals at an early age.

While he studied in Spain in 1852, he participated in the politics of the metropolis and militated with the most progressive forces in that country, getting to know great intellectual figures with whom he promised to break the Spanish regime.

He was the son of Puerto Ricans Eugenio de Hostos Rodríguez and Hilaria de Bonilla y Cintrón. And he married the young Cuban Belinda Otilia de Ayala Quintana, with whom he had five children.

“The Antillean Revolutionary”
“I have come to Latin America in order to work for an idea. Everything that separates me, she separates me from the object of my life”, is the iconic phrase that Eugenio María de Hostos expressed at the beginning of his pilgrimage with political ideas in America.

The Antillean revolutionary loved the unredeemed homelands of the Spanish colonial rule.
In his book published in 1863, “Boyoán Pilgrimage”, he leaves in writing his cry for the freedom of Cuba and Puerto Rico.

At 24 years of age, Hostos was full of hope at the possibility of reaching some conciliatory agreement with Spain, but his own deceptions on Spanish soil convinced him of the futility of those efforts.

Understanding that “Spain could not give what it did not have”, he began his journey, as highlighted in the book “History and Geography America, the fight for freedom”.

He was a man of great patriotic sense, he believed like José Martí that there is no sea between Cuba, Santo Domingo and Puerto Rico. And his fight for the liberation of any of these islands was his mission.

For him, the Antilles constituted a cultural identity with its own personality and he believed that the freedom of Cuba was going to be clarified for the Spanish empire in America and that the destinies of these three nations were intertwined.

In his trip through the south of the American continent, he becomes the most jealous and propagandist of the Cuban cause. And in turn, he fought against the annexation of Santo Domingo and influenced the thinking of General Gregorio Luperón. 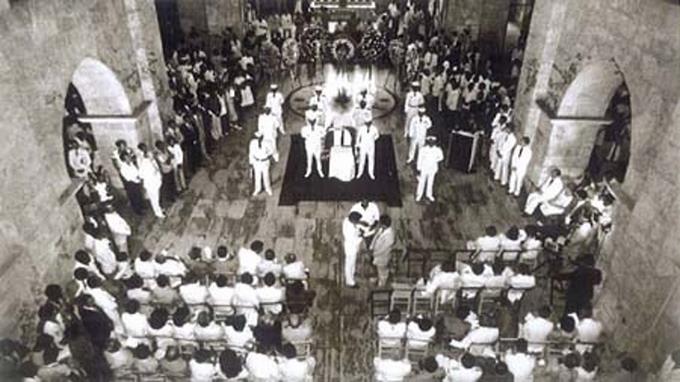 Hostos and his journey through Santo Domingo
In 1875, Eugenio María de Hostos, arrived in Puerto Plata, when a revolutionary atmosphere was lived: between Puerto Rican, Cuban and Dominican emigrants who believed in the freedom of the peoples, according to the compendium of the Dominican painter Ruth Vassallo “You have to live Hostos ”.

Upon his arrival he met General Gregorio Luperón. There he saw who might be one of his best friends, a fellow fighter with whom he would unite sword and pen in defense of the same ideal.

Vassallo also points out that Hostos was involved in the fight, and in journalistic work. He collaborated for “Las dos Antillas”, a weekly newspaper dedicated to the defense and propaganda of the political interests of Cuba and Puerto Rico.

In the work, “Los camino de Hostos” by historian Emilio Rodríguez Demorizi, he says that a year after his arrival in Santo Domingo, Hostos founded La Educadora on March 5, 1876, becoming the first Dominican school of a doctrinal nature. This included the dissemination of moral and social thought aimed at harmonizing the general interests of the three sister Antilles.

The experience accumulated in his journey through Hispanic America – an America overwhelmed by ignorance and fanaticism, social decomposition – pushed him towards the only “educational revolution”.

However, this project, which had two sections: the first, dedicated to primary education; and the second, it was purely professional, he was frustrated due to the political crisis that the country had been going through since 1868 with the seizure of power by Buenaventura Báez, which disturbed the peace of the Dominicans.

In the chronology established by Rodríguez Demorizi in his manual, he points out that Hostos, from Puerto Plata, went to New York and days later to Venezuela.

In 1878 he arrived on the Caribbean island of Saint Thomas and met with revolutionaries and a year later, in 1879, he returned to the Dominican Republic and dedicated himself to educational reform.

In 1880 the Normal School began its work. In turn, the Association of the Teaching Corps was established, under his direction.

For the year 1881 he became an honorable member of the Philharmonic in Santo Domingo and in Monte Cristi, in the Sociedad la Esperanza. He too, he founded the Professional Institute for those who wished to do professional studies. This contained the schools of Law, Medicine, Pharmacy and Engineering.

In 1882 he made a trip to the interior of the country, making stops in San Cristóbal, Baní and Azua. And by 1884 he attended the first graduation of the first teachers, while in 1887 he published the work “Constitutional Law”.

six years later
In 1888, he founded the first Night School for the working class. And from 1900 until his death he kept political action intertwined with the vein of teacher.

“He founded schools, trained teachers, wrote texts, interested the nation and proclaimed the public institution,” Vassallo points out in his work. 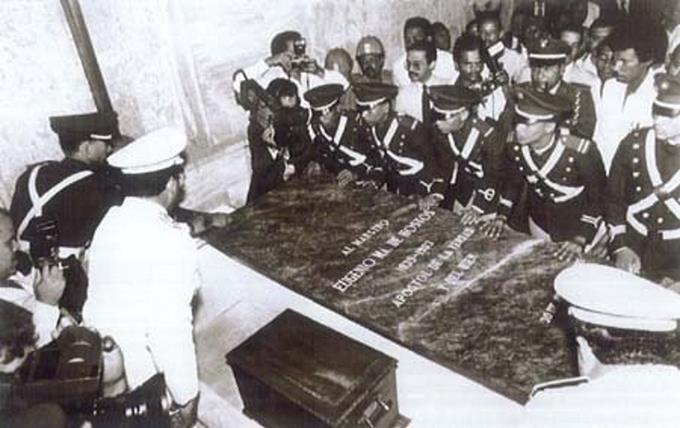 Death
Eugenio María de Hostos died on August 11, 1903, at his residence in Las Marías, on Independencia Avenue, during an illness, during an atmospheric disturbance, in Santo Domingo, at the age of 64.

The next day, at 5 in the afternoon, he was buried in the Santo Domingo cemetery, in niche number 3 of his family’s pantheon.

However, on the morning of February 25, 1925, 22 years after his death, his remains were exhumed and placed in a mahogany urn to be with those of his Hostos-Ayala family.

On January 11, 1963, the remains of Hostos were transferred from the Independencia cemetery to a crypt in the District Public Library where there was a statue of the professor, according to information published by the newspaper El Caribe.

This transfer was carried out after the request of the councilor of the time, José Andrés Aybar, who requested the petition to the city council.

In 1985 it was transferred again, this time to its final resting place. President Salvador Jorge Blanco (1982-1986) awarded him the decoration of the Order of Merit of Duarte, Sánchez and Mella, through decree 3070, of May 19 of the same year.

Since then he has been buried in the Panteón de la Patria of the Dominican Republic. [antiguo Panteón Nacional de los Héroes Nacionales]being the only foreigner and Puerto Rican buried there.

His last wish was “to be buried in Santo Domingo and to be taken to Puerto Rico when his homeland was free and independent.”

Where will Hurricane Orlene make landfall?