Four French people from the same family died this Thursday (03.24.2022) after apparently throwing themselves from the seventh floor of their house in the Swiss town of Montreux, in circumstances that are still a mystery, the Police said.

A 15-year-old boy, also from the family, is hospitalized in serious condition. Apparently, the police were going to the family home due to a school problem of one of the children when the drama occurred.

“The officers were unable to enter the house and visibly, at that moment the family made the decision to jump from the balcony,” regional police spokesman Jean-Christophe Sauterel told local radio.

The deceased are the father and mother of the family, in their 40s, the woman’s twin sister and the couple’s 8-year-old daughter. 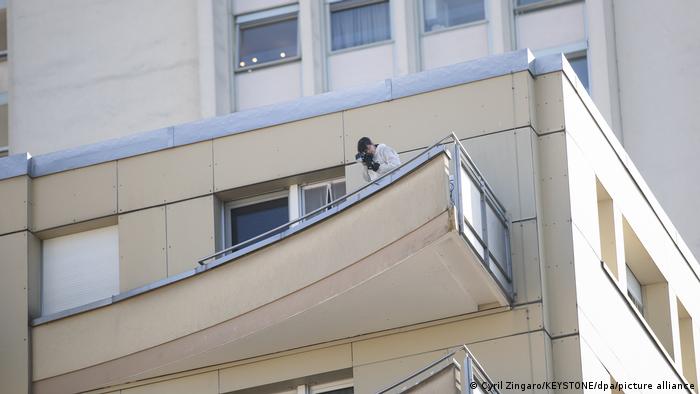 A detective on the balcony of the residential building.

An investigation has been opened, but police have already concluded that the incident occurred “behind closed doors” and that no one else was in the apartment at the time, he said.

They knocked on the door and heard a voice ask who they were, but once they answered, the apartment fell silent, he said.

After failing to contact them, the officers left, but “in the meantime, a witness called the police to say that people had fallen from the balcony of the apartment,” the statement said.

The bodies were found at the foot of the building, near the famous Montreux Casino, around 7:00 am (0600 GMT). 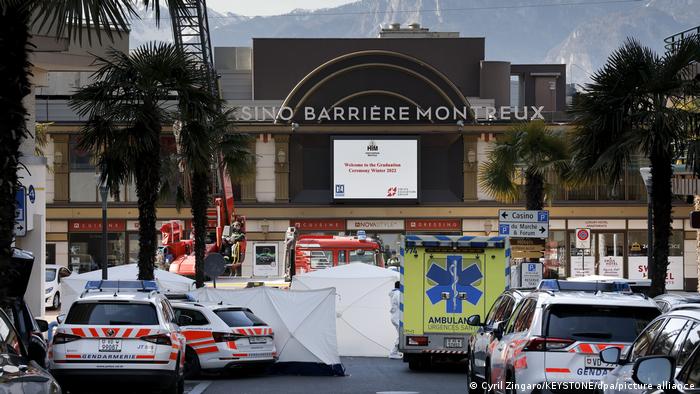 Police and rescue personnel stand in front of the cordoned off area near the Montreux Casino.

“I saw five bodies about 10 meters from the building, three on one side and two on the other,” a neighbor told the newspaper. Geneve Tribune. “It was hard to understand what I was seeing. It was like a bad movie.”

Sauterel said the witness who called had seen family members fall to the ground, and was receiving professional support.

Other people connected to the drama, as well as first responders, have also been offered advice, he said.

Sauterel told AFP that all family members were French citizens who had lived in Switzerland for a long time and had resident status.

Police did not provide any further information about the family, but the Geneve Tribune reported that neighbors described them as “discreet”.

The father appeared to have been working from home, the newspaper said, citing neighbors.

The mother was a dentist and had worked in Paris, while her twin sister was an ophthalmologist.