The refresh rate of a monitor is measured in hertz and lets us know how many times the screen can update every second. A GPU, on the other hand, is a graphics processor that generates frames and outputs them to the monitor. The goal is for the GPU to represent the exact number of frames (FPS) that the monitor can update every second. Therefore, a monitor that refreshes 75 times per second (75 Hz), will work more efficiently when the GPU feeds it at 75 frames per second. And when this synchronization does not occur, the tear occurs.

Many PC setups will struggle to maintain a fixed number of frames when playing more demanding modern titles. We often see huge variations in FPS depending on the game we are playing, its graphic requirement and what screen resolution we are using. In these scenarios, either because two frames are displayed at once or just one choppy gamewe will often see some kind of tearing on the screen.

And that’s where FreeSync steps in. AMD Variable Refresh Rate technology allows the GPU to control the frequency with which the monitor refreshes per second, synchronizing the refresh rate of the monitor with the amount of FPS it is getting at any given time.

This obviously comes with its limitations, as a monitor with a 60Hz refresh rate will only be able to support a variable refresh rate of up to 60 frames per second. In this case, we will have to limit the FPS to 60 for best results. That said, if your PC is having trouble hitting 60+ FPS, FreeSync will reduce the refresh rate monitor (up to 9 frames per second) to match your frame rate, creating a much smoother, more seamless experience. 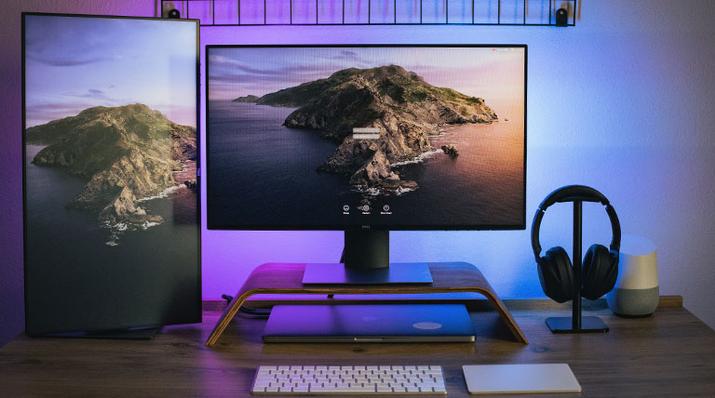 What components and features do I need for FreeSync

To use FreeSync, we will first need a compatible AMD graphics card or APU (AMD all-in-one processor that offers integrated graphics). Fortunately, almost every new GPU coming to market from AMD will offer FreeSync compatibility, no matter the price. However, if we are not sure, it is best to check the product specifications first.

Second, we’ll need a compatible monitor or TV that supports adaptive sync. VESA, a technology that is used in almost all modern panels. Adaptive Sync is powered by a built-in scaler board that also powers the OSD, overdrive settings, backlight controls and everything else that a monitor offers. Without it, the monitor and the GPU would not be able to communicate with each other.

In addition to a compatible monitor and GPU, we will also need to use the correct input cable. Display Port 1.2a was added to the variable refresh rate support list in 2014, followed by HDMI 2.1 in early 2017. These are also essential requirements when using FreeSync technology.

According to AMD, every panel that offers FreeSync support goes through a custom certification process that ensures only the smoothest, most seamless, and low-latency gaming experience possible.

What is G Sync

v sync It was the first technology synchronization in hitting the monitor market, helping with screen tearing by limiting the monitor’s frame rate to match your GPU’s output. While this was good news for gamers who could produce FPS that they overshadowed the refresh ratehad the opposite effect when frame rates dropped well below that figure, resulting in small stutters and large input lag times. 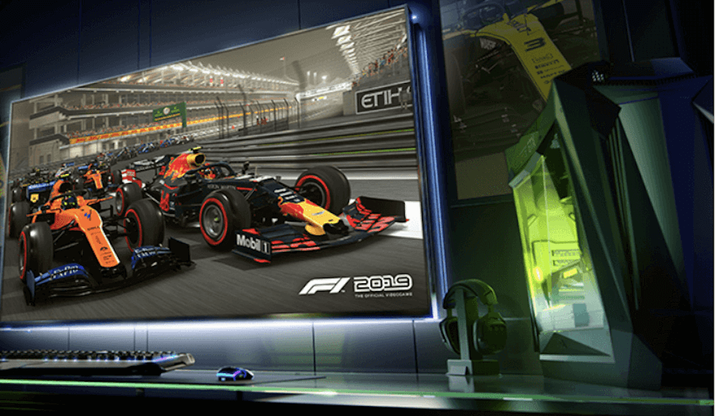 G-Sync was originally designed to be used with V-Sync, however Nvidia soon allowed users to disable this option. The G-Sync module allows a frequency of dynamic update which matches your GPU output, very similar to V-Sync only without the choppy drops and high input lag times.

G-Sync updates the screen exactly when the frame is finished and wants the GPU to output it. The refresh rate is the maximum frame rate used by the G-Sync module and with this should not have any lag or tear remarkable. This works in the same way as V-Sync, synchronizing the refresh rate with the GPU’s frame rate output, resulting in a seamless gaming experience that is much more immersive.

What components and features do I need for G-Sync

G-Sync monitors too variable refresh rate support 1 to 240 Hz (or whatever the monitor’s maximum refresh rate is), low input lag, ultra-low motion blur (ULMB), factory color calibration, and G-Sync support in windowed and on-screen mode complete. This is why we often only find G-Sync on high end monitorssince it is simply not profitable to include it in the cheapest ones.

That said, since G-Sync is a fixed standard, we also need to know exactly what we’re getting every time we buy a G-Sync-enabled display: effectiveness won’t be slightly different between monitors, as is the case with FreeSync. 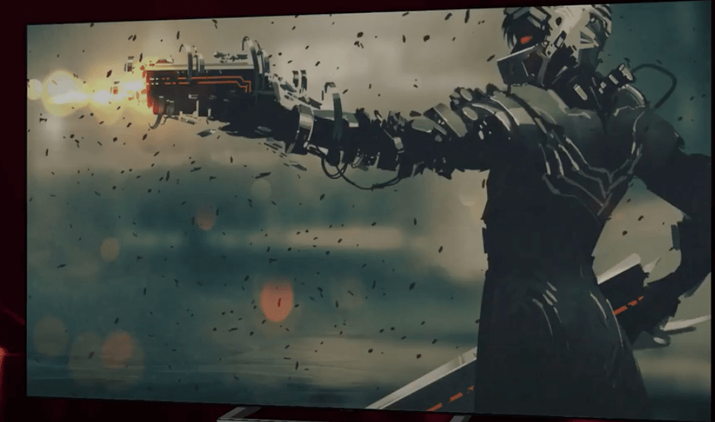 How to activate them

Both G-Sync and FreeSync are only supported by Nvidia and AMD GPUs respectively. The two systems have been improving and adapting their characteristics to the market rival and G-Sync already adapts to AMD.

How to activate FreeSync

Activating FreeSync when using a compatible monitor is an extremely easy task. First of all, we start by entering the monitor’s OSD. Nine times out of ten, this will have a variable refresh rate option that will allow us to enable/disable FreeSync. The first thing we need to do is make sure FreeSync is enabled.

Second, we must have all the latest drivers for the AMD GPU. To do this, you can download the controllers latest from the AMD website. The installer will fetch the latest drivers needed to enable FreeSync support. We can also manually enter the GPU or APU in the tool “Manually select your driver” from AMD; we just have to select the correct version of Windows.

When the latest drivers have been installed and the computer restarts, open the AMD Radeon software package. We can do this by right-clicking on the desktop and selecting «AMD Radeon Software» of the available options. Once inside, we go to the «Show» tab in the upper navigation bar and to the «display options» from the tab. Within this section, we will look at the toggle settings for AMD FreeSync. We just click on the toggle bar on “Activate”.

How to activate G-Sync

Once we have connected the computer’s graphics card to its port, it is time to start G-Sync. First, we’ll need to open the monitor’s menu, usually using the buttons on the side or back of the screen, and make sure the G-Sync, FreeSync, or Adaptive Sync setting is turned on. This will be in a different location depending on the model, but it shouldn’t be hard to find.

Make sure your Nvidia drivers are updatedthen right-click the Nvidia icon in the system tray to open the Nvidia Control Panel. Let’s go to the page change resolution in the left sidebar and set the refresh rate as high as possible. Many people don’t realize that you need to enable high refresh rates before you can take advantage of them. 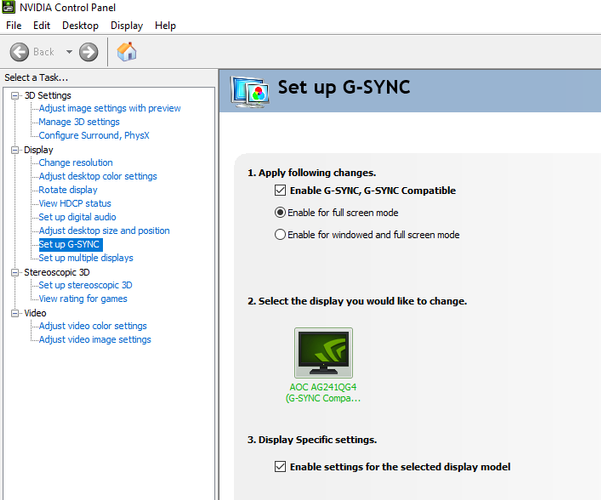 We turn to the option Set up G-Sync in the sidebar and if we’re using an official G-Sync monitor, it should be on by default, but if it’s not, we may need to do it ourselves. Checking the Enable G-Sync box, we choose whether we want to enable it for full screen or windowed mode, and select (if we have multiple monitors).

Finally, we mark enable configuration for the screen model selected at the bottom. This checkbox doesn’t exist for all monitors, but it’s easy to miss even when it’s present. Click the button Apply and G-Sync should be enabled and ready to go.

To make sure it works properly, we can download the demo from pendulum from Nvidia and play around with the settings. Switching between “No Vsync” and “G-Sync” at the top, you should see the screen tearing disappear when turning on G-Sync. If checking the G-Sync box does not work, a previous step may have been skipped or the monitor does not support G-Sync. We can also try enabling the FPS sliders and playing around with them to see how the monitor is doing and its reaction to different portions of the refresh rate.

Differences between FreeSync and G-Sync. Conclusions

Basically, G-Sync and FreeSync are the same, since both sync the monitor with the graphics card and allow that component to control the refresh rate in a continuously variable manner. But a monitor can also go beyond the requirements and for example a FreeSync monitor is not required to have HDR and some of these achieve motion blur through associated proprietary technology such as Asus ELMB Sync.

Going into more technical specifications, FreeSync is a open standard, which means that any company can use its technology to develop products. On the contrary, you need the nvidia permission to use G-Sync. The maximum supported refresh rate of FreeSync Premium Pro is 120Hz or higher, and with G-Sync Ultimate 144Hz or higher.

Monitors with FreeSync do not require components of proprietary hardware to run the technology and G-Sync itself to support it. FreeSync certification does not guarantee HDR high dynamic range color support and G-Sync monitors must have HDR to be certified. FreeSync’s minimum refresh rate is 60Hz so Nvidia’s trademark 30Hz.

According to various experts, there is no visual difference between FreeSync and G-Sync when the frame rates are the same. They recognize that G-Sync is technically superior, because it offers some extra features besides adaptive sync. But on the other hand, FreeSync is usually much more affordablemaking it the best option for gamers who are on a budget.