The general secretariat of the Organization of American States (OAS) assured yesterday that the last 20 years of the presence of the international community in Haiti mean “one of the strongest and most manifest failures”, which has been implemented and executed “in no framework of International cooperation”.

In the midst of this critical panorama, the hemispheric entity made it clear that such a situation “has nothing to do with the people who, with a vocation for service and altruistic desire, served as aid workers and left their maximum efforts, and even in some cases their lives, for Haiti. ”.

“This has to do with the fact that in 20 years of wrong political strategy the international community was not able to facilitate the construction of a single institution with the capacity to respond to the problems of Haitians, 20 years later not a single institution is stronger than what it was before”, stressed the OAS, in an extensive statement.

Under that umbrella of the international community, he remarks, “the criminal gangs that today besiege the country and its people fermented and germinated, under that umbrella the process of deinstitutionalization and political crisis that we are experiencing today germinated and was conceived.”

Then, he adds, given its failure, “the international community withdrew from Haiti, leaving behind chaos, destruction, violence.”

Next, the OAS judges it “absurd” to pretend that under this scheme of destruction Haitians completely alone, polarized and with very few resources can rebuild or build a security, re-institutionalization and development project that allows 12 million inhabitants to recompose the peaceful coexistence”.

It also establishes that without resources, in a climate of violence, without technological capabilities, without financial accumulation, “without any of that today they are trying to make us believe that a completely endogenous Haitian solution can prosper. It is not like this”.

“Haiti does not have conditions of democracy and security”, and is suffering today “from the lack of ideas and the lack of real capacities of the international community, as well as its own structural problems”.

exercise of power
In the midst of this heartbreaking picture, the OAS indicates that the exercise of power in accordance with the rule of law, administrative and institutional efficiency to provide solutions to the problems of Haitians are basic operating conditions that were never ensured by the international community in Haiti. .

And he warns that since Haiti does not have any of this, “we must be aware that we are in a more radical or less radical dimension of a failed state and a weak and vulnerable civil society.”

He understands that in order to achieve peace in Haiti, an essential step must be taken, there must be justice with respect to the assassination of President Jovenel Moise, because “without the clarification of the truth and without justice being done, it will not be possible to advance on the path of reconciliation and concord”.

Consequently, the OAS proposes an institutionalized and inclusive dialogue process for all political forces, a credible, fair and transparent electoral process, and security for the country.

To achieve this, he observes, the cooperation of the international community with financial, human and material resources is required.

Response Forecast
He acknowledges that internal Haitian forces will oppose these processes and infers that seeing the current situation in Haiti, “we understand why there were internal forces with external complicity who wanted the withdrawal of MINUSTAH. It was simply to pave the way so that a situation like the current one could occur”.

He believes that the international community, the financial institutions, the multilateral system, the international financial community of donor countries must make a decision, “if they want to industrialize Haiti in sufficient terms to ensure work for 9 million Haitians, or if, instead, “It is economically more profitable to continue absorbing Haitian migration and for the host countries to accommodate that migration as they can and where they can in the economic terms they can.”

The OAS considers it “urgent” to continue working to reinforce the security presence and begin the democratization process.

key notes
The OAS declares that the future prosperity of Haiti depends on the development of its young people and that chronic malnutrition in children is irreversible, decreasing their cognitive capacity by 40%.
To build a sustainable future in Haiti, he indicates, “its human capital must be highly trained and able to compete in local and international labor markets.”

“The current deficiencies in food security, caused by the low capitalization in agriculture and the difficulties of transporting food due to blockades imposed by criminal groups and poor infrastructure, will only put the country further away from the goal of eliminating extreme poverty. ”, he stresses.

To quickly stop the academic backwardness and the malnutrition suffered by children in Haiti, it is imperative to end the existing state of internal war, the regional entity said in its statement. 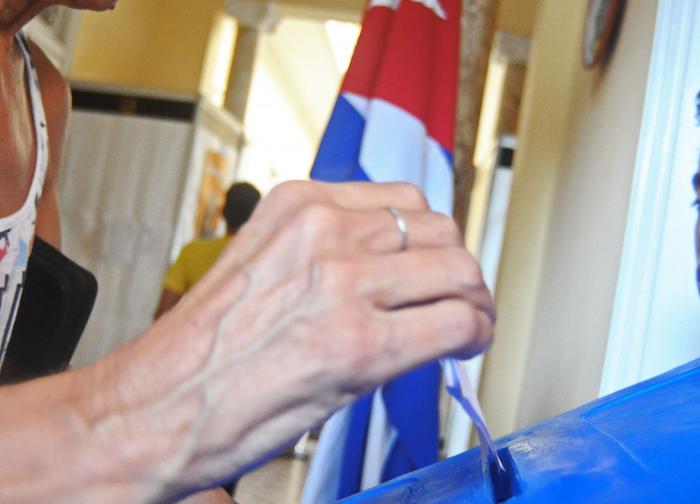