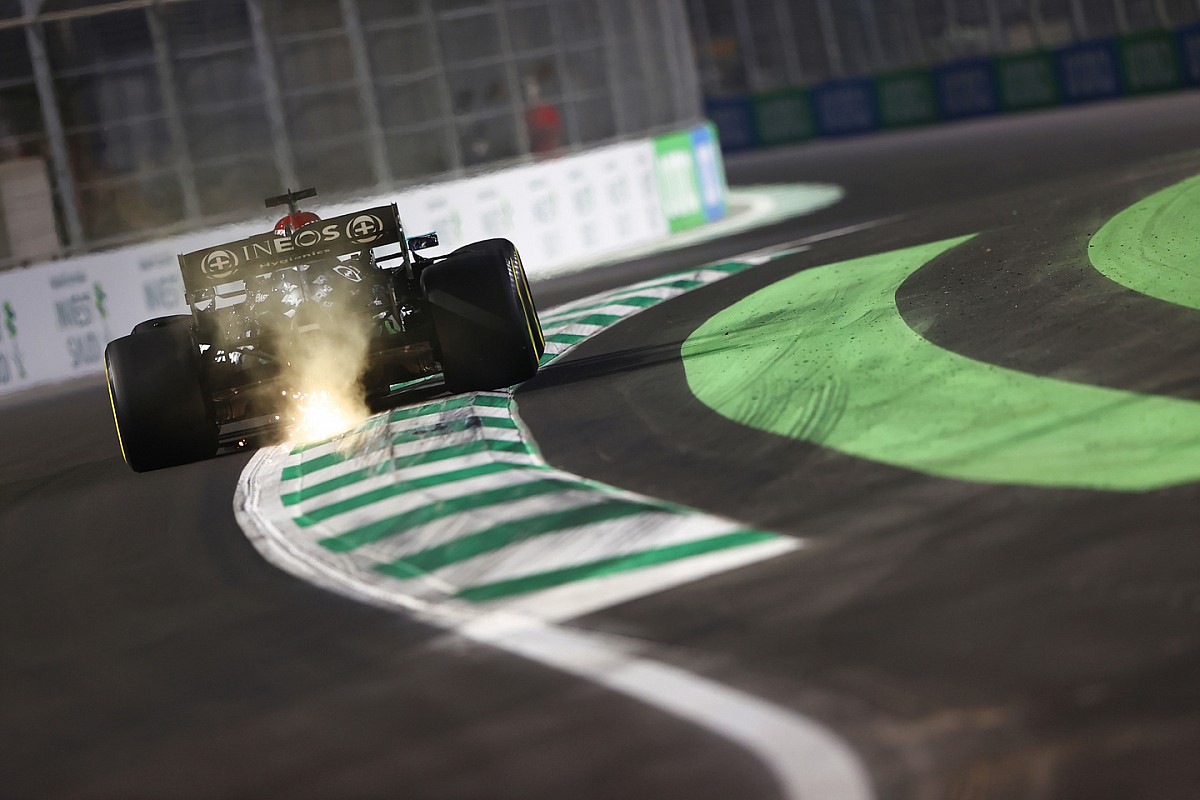 The script seen at the end of the first day of activity on the Jeddah track is in line with what has emerged in the last two races. Lewis Hamilton is subscribing to “P1”, and on the other hand his position in the championship standings does not grant him alternative strategies, but curiously at the end of the day Lewis stressed the need, in view of tomorrow, to work on the simulation of qualification.
“We are not fast on a single lap – he reiterated – we are obviously not in a bad position, but Red Bull in those conditions is very fast. We have work to do ”.

We do not find out today how in this 2021 both Red Bull and Mercedes are also fighting in front of the microphones, and it is a little surprising that Hamilton points to Verstappen (fourth at the end of FP2) as a formidable opponent in the qualifying simulations.

In reality, the Mercedes garage and the Red Bull Racing garage are very well covered, and both Max and Lewis will show their real potential only in tomorrow’s qualifying.

Tomorrow Lewis will be able to count on PU # 5

The first confirmation comes from the news leaked after the FP2 session regarding the power unit used by Hamilton today. It was not the number 5, the one that made its debut in Brazil, which will only be mounted on the night in Jeddah for tomorrow’s day. And also at Honda we chose to travel in a very conservative mode, sending AlphaTauri ahead to evaluate the performance of the power unit with a more thorough mapping, as evidenced by an excellent Pierre Gasly, who ended the day in third position ahead of Verstappen.

While waiting to evaluate the real potential of the two candidates for the World title tomorrow, Mercedes today collected more positive results overall than Red Bull, and not only with the 1-2 at the end of FP2.

The most significant data came from the race simulations, which confirmed the two Mercedes at the top with a sequence of fast and constant times, both with the medium tires (fitted by Hamilton) and with the soft tires used by Bottas.

The second positive news for Toto Wolff was Bottas’ good start to the weekend, immediately at ease on the new layout of Jeddah, unlike his alter-ego Sergio Perez, who appeared more difficult to digest the track.

An aspect immediately underlined by Red Bull in the hope of shaking in Mexican in view of tomorrow. The hope Mercedes is not only to confirm Hamilton on pole (the team believes a lot) but to monopolize the front row, it would be a coup that would allow Lewis to be in a much more favorable position at the start, and in the event of a double to drastically change the scenario before the final trip to Abu Dhabi.

When in the first half of the FP2 session the twenty single-seaters took to the track for the qualifying simulation, it became clear what will be the problem that all the drivers will have to face tomorrow in the Q1 session: traffic.

It is not the usual chaos that sometimes occurs on city circuits, because in Jeddah the speeds are very high, and this greatly increases the delta between the drivers engaged in the fast lap and those who proceed at reduced speed. An aspect that together with the numerous ‘blind’ curves can trigger dangerous scenarios.

In addition, the conformation of the track leads the drivers to slow down at turn 27 before launching into the fast lap, and in that stretch we have seen a real queue form which hinders those arriving at maximum speed.

Tomorrow a lot of attention will be needed from the drivers, the marshals and above all the help of the track engineers will be needed, the only ones who will be able to update the drivers on traffic conditions by observing the ‘gps’ data.