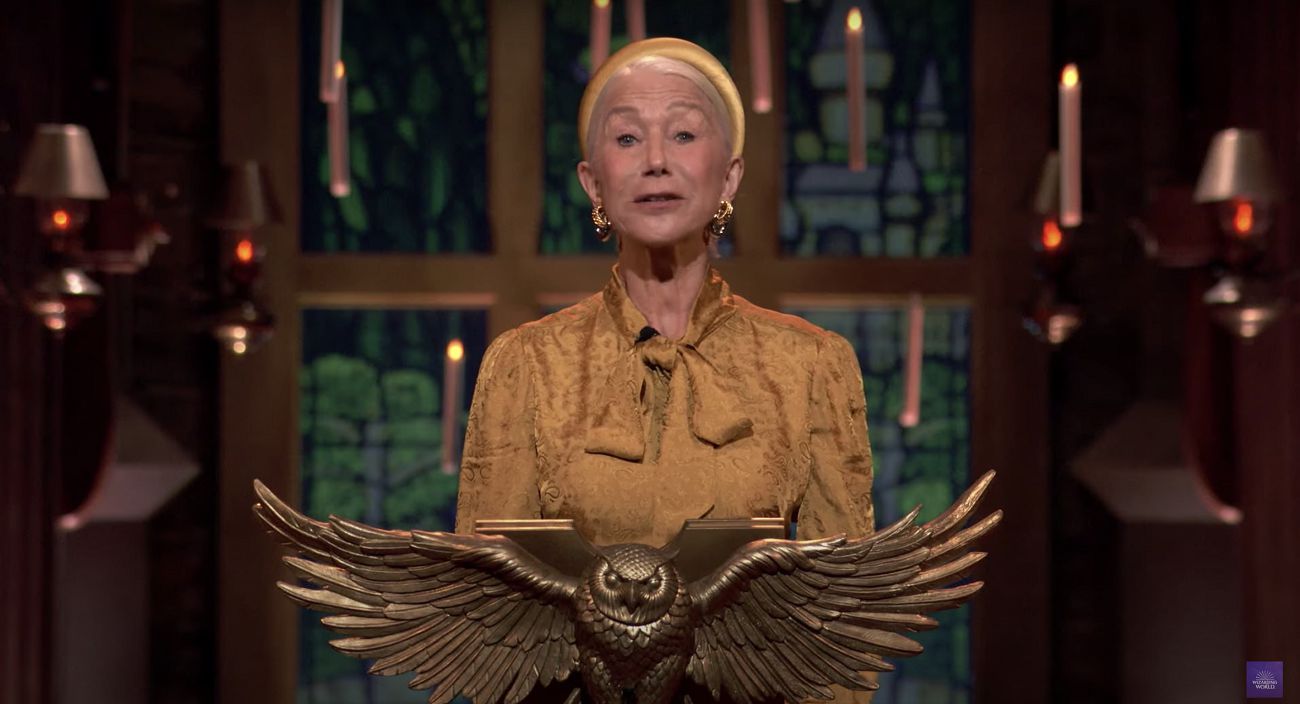 While Harry Potter lands on Prime Video, allowing many fans to start a rewatch of the saga, it premiered in the United States on November 28th. Harry Potter: Hogwarts Tournament of Houses, a four-part quiz all about the world created by JK Rowling’s imagination. The show is hosted by Helen Mirren.

The premiere of Harry Potter: Hogwarts Tournament of Houses, aired on TBS and Cartoon Network, recorded decidedly positive ratings: over 3.1 million spectators overall. For both cable networks, WarnerMedia is the most watched premiere of the year.

Going into the details, we discover that the spectators of TBS, at 20 on Sunday 28 November, were 2.3 million, making the Harry Potter quiz the most viewed non-fiction series of 2021, while at the same time Cartoon Network gathered 845,000 viewers.

In recent days we have discovered which is the most hated movie by Harry Potter fans. In Harry Potter: Hogwarts Tournament of Houses, fans of the saga challenge each other by answering the questions of Helen Mirren, vying for the title of House Cup champion. In the first episode, Hufflepuff’s team narrowly defeated that of Gryffindor. In the episode of Sunday 5 December, however, spectators will also attend a small preview of Harry Potter 20th Anniversary: ​​Return to Hogwarts, the Max Original reunion with director Chris Columbus, actors Daniel Radcliffe, Emma Watson and Rupert Grint and other cast members to celebrate 20 years since the release of Harry Potter and the Philosopher’s Stone.