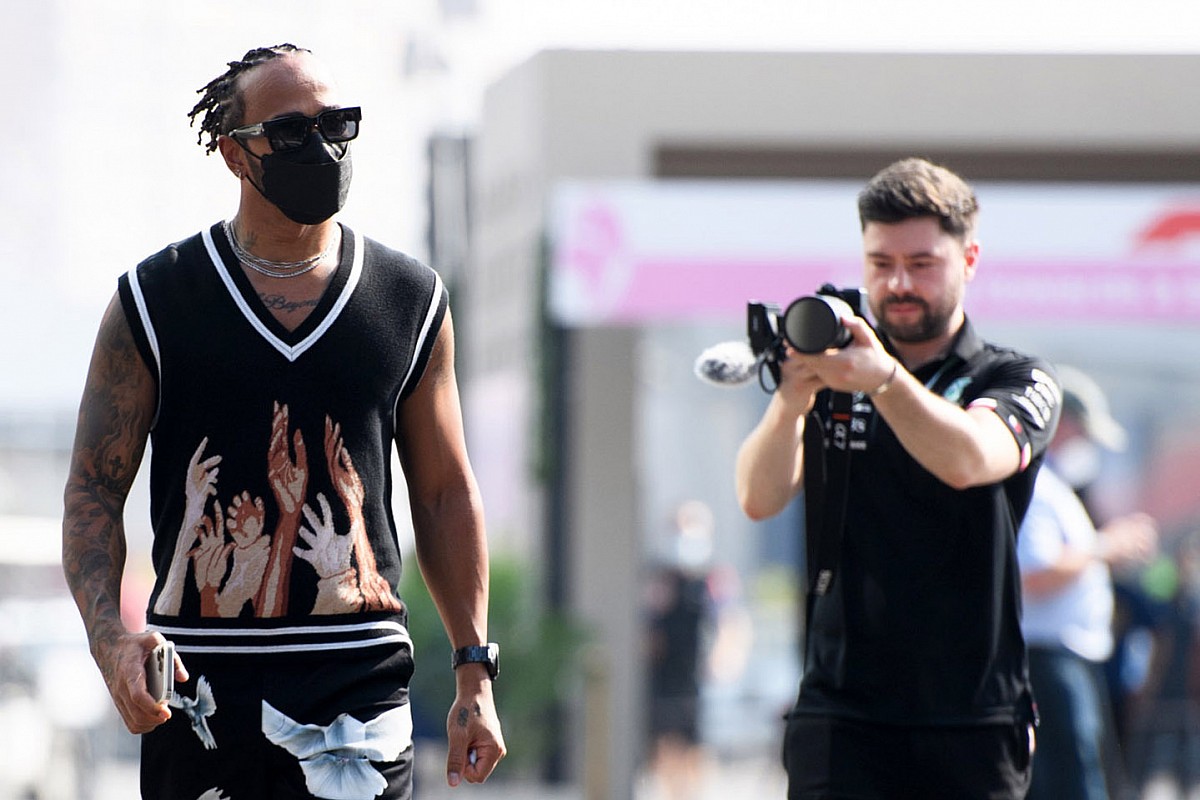 “I’m just excited, I can’t wait to be in the car and I’m happy to have these two races ahead of me to try to reach the goal. The team is working hard, and for my part I feel great ”. Lewis Hamilton is charged, and there was little doubt about this, but what surprises most on the eve of a strategic weekend for the world sprint, is his serenity.

Lewis motivates her with the experience and growth he has brought forward over the course of his career, a race with the aim of always beating the previous version of Lewis himself.

He is not unbalanced in predictions, but underlines that if the eighth title were to arrive, it would be the most important of all, for several reasons.

Hamilton reiterated how everyone in the team has prepared in the best possible way this weekend, but with many question marks that cannot be reproduced on the simulators, so with several unknowns that will be solved starting from tomorrow, when he will finally be on the track.

What do you expect from this weekend?
“It is very difficult to make predictions. We have prepared ourselves in the best possible way, but as much as one might believe that simulations allow us to eliminate the unknowns, this is not quite the case. For example, we don’t know what the track’s level of grip will be until we get out of the pits tomorrow, and taking a look it looks like the asphalt is pretty dirty. There are many unknowns and none of us will have the answers before tomorrow ”.

How does this close confrontation seem to you?
“They are two incredibly compact teams, and for our part we are fighting for hitherto unexplored territory, since no one has ever won eight titles (the reference is also to the eight consecutive Constructors’ titles that Mercedes is aiming for), but precisely because they have been here for a long time. time I’m more relaxed than you can imagine “.

“I remember well how I had lived my first eve of a world weekend, as well as the second and third. The sleepless nights and all those kinds of things that testify to a great deal of tension. Today I am much more sure of myself, I know how much it is. It is important to prepare and that nothing of the past can be changed. So every effort is concentrated on what awaits me, and I know that I have prepared myself as well as possible “.

Both you and Mercedes seem to be in a great moment, which emerged more as a reaction to a difficult situation …
“I believe that if you are faced with adversity, and you are a competitive person, you continue to believe it. You don’t take ‘no’ for an answer and you never give up. I am grateful to have found myself in a similar situation several times during my career, I have learned through my experiences and continue to draw from these moments without ever giving up. “

“You have to believe it even when it seems impossible, as it happened in Brazil, and I think it’s really a spirit shared by the whole team, a positive mental attitude. No one takes a break, no one backs down or shows doubt, we are all focused. to carry on a fantastic team work “.

Did the title battle take you to another level?
“Every year I think, at least as far as I’m concerned, how to try to improve myself, to level up, and there are many areas where you can take a step forward. It’s not just a question of tackling a curve in the best possible way, it’s also how you prepare yourself, how you feed yourself, how you become more aware of things, how you approach life and work, all these things together determine the right balance “.

“I always try to beat my … previous version, to be better than before. When you are in a title fight like right now, you are pushing as hard as you can and even more in areas that you may not have considered in the past, so it is generally a positive moment “.

In the last few races, do you think you have pushed yourself further?
“I’m not convinced of that, I don’t think I’ve moved on to a different level, but I’ve generally expressed myself at a good level. Maybe I drew on something different in Brazil, maybe it was a moment in which I did something never done before, I don’t know, I can also say that in my career I had already made up positions on several occasions “.

If you win this World title, will it become the most significant of your career?
“Sure. The first reason is that it would be something never achieved before, then it would be a victory that came at the end of a very hard battle, which has not been seen for a long, long time. And finally, let’s not forget what it means to deal with life conditioned by Covid today, these are all more difficulties that the team has had to face “.

Do you feel comfortable running here (in Saudi Arabia)? Do you think this is a stage that fits the WeRaceAsOne initiative?
“I believe we have a duty to help raise awareness of some issues that we have talked about on several occasions, in particular I mean human rights in these countries. With the utmost respect, I have received a warm welcome from everyone so far, but I can’t say I feel comfortable. “

“It is not my choice to be here, it is our sport that has chosen to be here. Right or wrong, since we are here I think it becomes important to try to raise awareness. In the last race, for example, you saw the helmet that I wore, and I will wear it again here and in the next race, because it highlights a problem. “