Today, we would go back a little further to the beginning of recorded medicine and review the origin of the medicine symbol: the Staff of Asclepius.

The Staff of Asclepius

The true symbol of medicine is represented by a wooden staff or log with a single coiled snake along it, better known as the Staff of Asclepius

In the true symbol of medicine, the snake represents the prudence, vigilance, wisdom, vitality, the power of regeneration and preservation of health.

How did the symbol of Medicine arise? Do you know its real origin?

The symbol takes its name from Asclepius, a Greek god who was associated with healing and medical arts for his followers. In ancient Greece, the sick and wounded slept on the temple grounds where a group of non-venomous snakes slithered. Snakes were believed to be restorative and their shedding of skin was a symbol of rebirth and renewal. The staff was seen as a cane associated with doctors in the past.

man has related to the snake with rejuvenation (by shedding its skin normally in spring), wisdom, fertility, health and prosperity. We will not take into account here the negative connotation of the serpent in Adam and Eve.

The Egyptians worshiped the Goddess Renenutet whom they represented as snake and, also, they attributed healing properties to it or to the Goddess Wadjet (Uadjet). Which, could transform into a snake and was the Protector goddess of Lower Egyptwho together with the Goddess Nejbet (Nekhebet), protector of Upper Egypt, were part of the royal nomenclature of the pharaohs with the title of “The Two Ladies”.

Many historical religions have surrendered cult to the serpent and have conferred healing powers. Being a symbol of divine Perfection and Wisdom, and always representing psychic Regeneration and Immortality.

The staff or rod is made of cypress, tree considered sacred for its longevity, which caused it to be called “tree of life”. It is the quintessential symbol of the medical profession. It also has a knot at its upper end, which indicates the difficulties of science.

Union of the Serpent and the Staff

in greek mythology Asclepius or Asclepios (Aesculapius for the Romans), was the God of Medicine and healing. He was the son of Apollo and the mortal Coronis (Coronis). Asclepius comes from the Greek aspala, which means mole, an animal to which magical healing forces were attributed.

According to the account legendwhen Aesculapius was in the house of the fisherman Glauco, who was mortally wounded by a bolt of lightning from the Centaurs. At that moment a snake appeared in the room and Aesculapius killed it with his staff. Then a second viper appeared with some herbs in its snout, which it introduced into that of the dead snake, reviving it. Aesculapius gave the same herbs to Glaucus and healed him.

This is how Aesculapius saved his patient from death and cured him of the disease, manifesting his “medical-magical” powers.

Aesculapius used the powers of the serpent to heal the sick and to resurrect the dead. Hades, King of Hell, annoyed by the reduction of those sent to his kingdom, went to complain about the use that Aesculapius made of the serpent. Zeus chose to nullify the ability of resurrection to the serpentendowing her only with healing.

Hence its close relationship with the medical world. He also struck down the doctor-god with lightning, turning him into the constellation Serpentarius.

After his death he was venerated as God of Medicine in Athens.

Aesculapius became so famous that Sick people flocked to him from all over the ancient world to be cured either by the method of magical herbs and diets or by surgical operations.

After his death, was immortalized in mythological legend and revered as God of Medicine in Athens. Corinth, Epidaurus, Cnidia, Cos, and Pergamon in different temples called Asclepeion after its Greek name.

It is common to fall into the error of confusing the rod of Asclepius/Aesculapius with the caduceus (it is a word of Greek origin that means “olive rod adorned with garlands”). As well as with the staff of Hermes (according to the Greeks) or Mercury (for the Romans).

The difference and peculiarity of the staff of Aesculapius it is that it has no wings and only a serpent ascends the rod. In that of Hermes there are two serpents and the staff is winged. 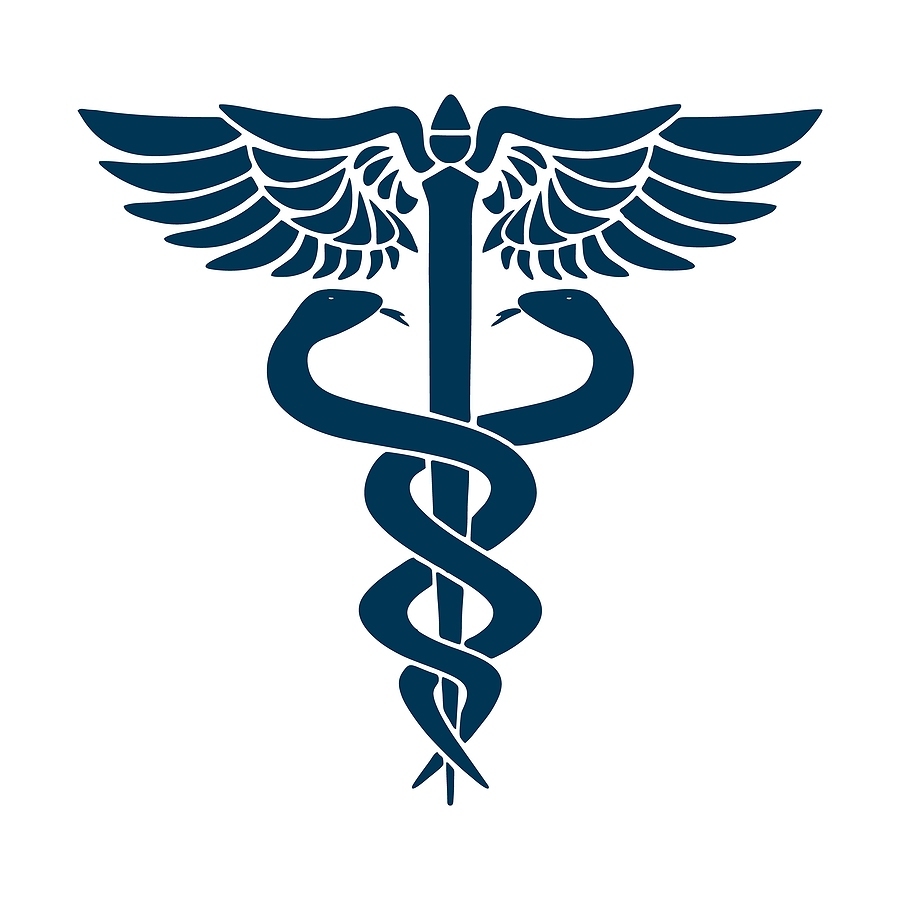 Later, the German publisher Froeben used it on the title page of the Greek edition of Hippocrates’ work, printed in Basel and translated by Janus Cornarius. ANDn the same year, the caduceus also appeared on the cover of Anuce Foes’ Hippocratic Dictionary and Encyclopediain the city of Metz. Three centuries later, the JSM Churchill medical book publishing house used it as a badge.

In 1818, the Military Medical Corps of the United States of America adopted it as an official emblem (due to confusion). The Caduceus of Hermes, which would make the “failure” spread.

Currently there are many hospitals, clinics, agencies, publishers, etc. they still use the caduceus of Hermes as a (wrong) symbol of medicine. However, it is so widespread that people popularly confuse it and even accept it as valid.

Why is summer time NOT healthy? Tips from neurologists to cope

This is the degenerative disease that Luis Miguel suffers. Is there a cure?

Welfare Doctors: Vacancies in INSABI with salaries of up to 49 thousand pesos

The exercise for biceps of the young bodybuilder Nick Walker