If there is a game that I dedicated hours and hours to in my childhood, that is of course ‘Duck Hunt’. At that time, curious about other things, I never came to consider how did the gun manage to know that it was pointed at the ducks on TV. The technology used is however very simple and ingenious.

‘Duck Hunt’ was a popular NES game several decades ago, although now we have new NES. The objective was to shoot ducks that were appearing on the screen. For this, the player had a gun with which to point at the television screen and shoot as if there were no tomorrow. Now, how, with such basic technology back then, did the gun know how to recognize that it was aimed at a duck on the television? 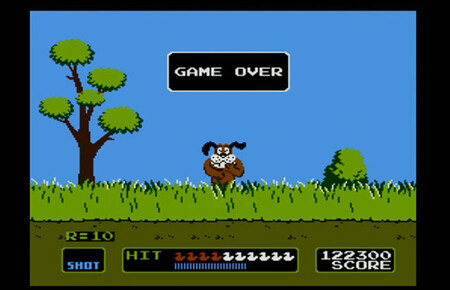 The gun inside it contained nothing of the other world. It is in fact one of the simplest devices that we can imagine. It has the button itself to shoot and… a light sensor. That’s all it takes to detect when a duck was being shot or when it was just the sky.

The process is the following. When the user played ‘Duck Hunt’ (or a multitude of copies and versions that came out) the idea is to pull the trigger just when aiming at the duck in order to kill it. At that instant the television screen receives a signal to display a completely black frame. The light sensor uses that black screen as a reference point.

After the first black frame comes a second frame where pretty much everything stays the same except that where the duck is supposed to be, the screen lights up. That is, the duck is the only thing that appears illuminated on the screen. From there it’s easy, if the light sensor detects light because the gun is pointed at the duck, the duck dies. Otherwise, wait for the dog to laugh at you.

and what happened when there were two ducks on the screen? More or less the same, but instead of two frames there were three frames. The first frame completely black, the second lighting the first duck, and the third lighting the third duck. This, being a matter of frames (there are around 25 in a second), the user doesn’t even notice. 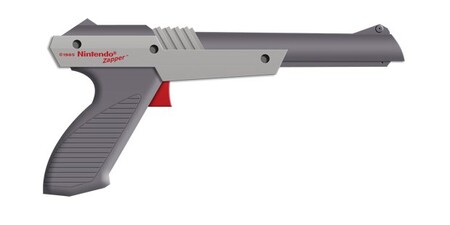 this really is everything behind the mystery of the NES gun. Light sensors have been with us for almost a century and they are by no means the most advanced technologies we have created. However, on a console from decades ago and with some ingenuity, an almost science-fictional result was achieved for that time.