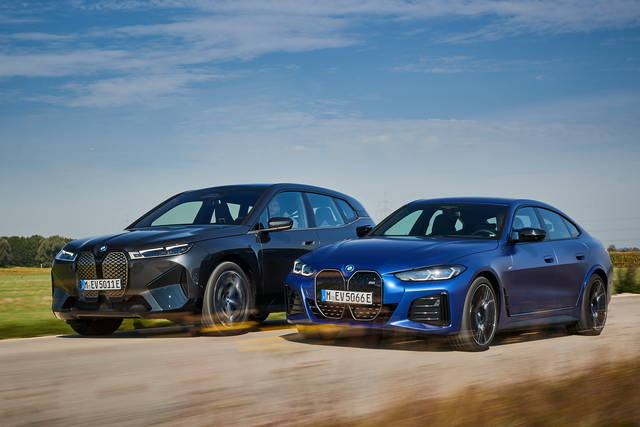 IT’S RECORD – The BMW brand managed to find 2,213,795 new customers (+ 9.1% compared to 2020) a volume never reached in its history, which brings the brand to first place in the “premium” segment on a global scale, ahead of Mercedes and Audi.

DEMAND FOR ELECTRICITY IS GROWING – The year end of 2021 smiles at the BMW Group also from the point of view ofoffer “green“. 13% of total sales (or 328,316 units) were of electrified BMWs and Minis (ie plug-in and electric hybrids), which is 70.4% more than in 2020. For example, 37,939 BMWs were iX3 delivered which means that at least one in ten vehicles of the X3 family has been chosen in the “battery” variant.

RECORD LUXURY – In 2022 not only is the fiftieth anniversary of the BMW M, but also a 2021 characterized by a high number of deliveries. 163,542 models sold by the sports division (2,147 in Italy), which correspond to a growth of 13.4% compared to 2020. The market dedicated to the group’s luxury is also positive: it is also a record for Rolls-Royce, for the first time in its 117-year history it reaches 5,586 units sold (+ 48.7%). Historic maximum achieved by the brand thanks to the high demand coming from the Asian and American markets, together with a more personalized and captivating offer of cars, such as the one offered by the Black Badge trim.

POSITIVE SIGNALS FROM CHINA AND USA – Extra-European markets are giving the group the greatest boost. Starting from the Asian market, the China set another record in 2021, with 846,237 vehicles delivered (+ 8.9%), with electrified sales rising by 69.9%. The same positive trend also for South Korea, which increased by 11%. Moving to the west instead, in the United States the BMW brand returns to pre-covid values, with 336,644 units (+ 20.8% compared to 2020), with the X range recording 60% of orders.

IN EUROPE – In Old World the growth for BMW and Mini is more contained: even if the result of 948,087 units is positive (+ 3.9%), the numbers indicate a decline of 6.8% on the German market. But the House of Monaco still manages to maintain the top of the “premium” segment within national borders, maintaining over 35% of the market share. However, an area that has a high rate of demand for electrified vehicles: sales of the electric vehicle have doubled, while a quarter of all electrified cars delivered in Germany are plug-in or hybrid.

IN ITALY – BMW Group remains in our country leader of the premium segment with 10,390 units (considering BMW and Mini) with a market share that reaches 30% if only the electrified premium “niche” is considered. Instead, taken individually the two brands: BMW in Italy recorded a growth of 11.4% compared to 2020, while Mini marks + 10.4%.