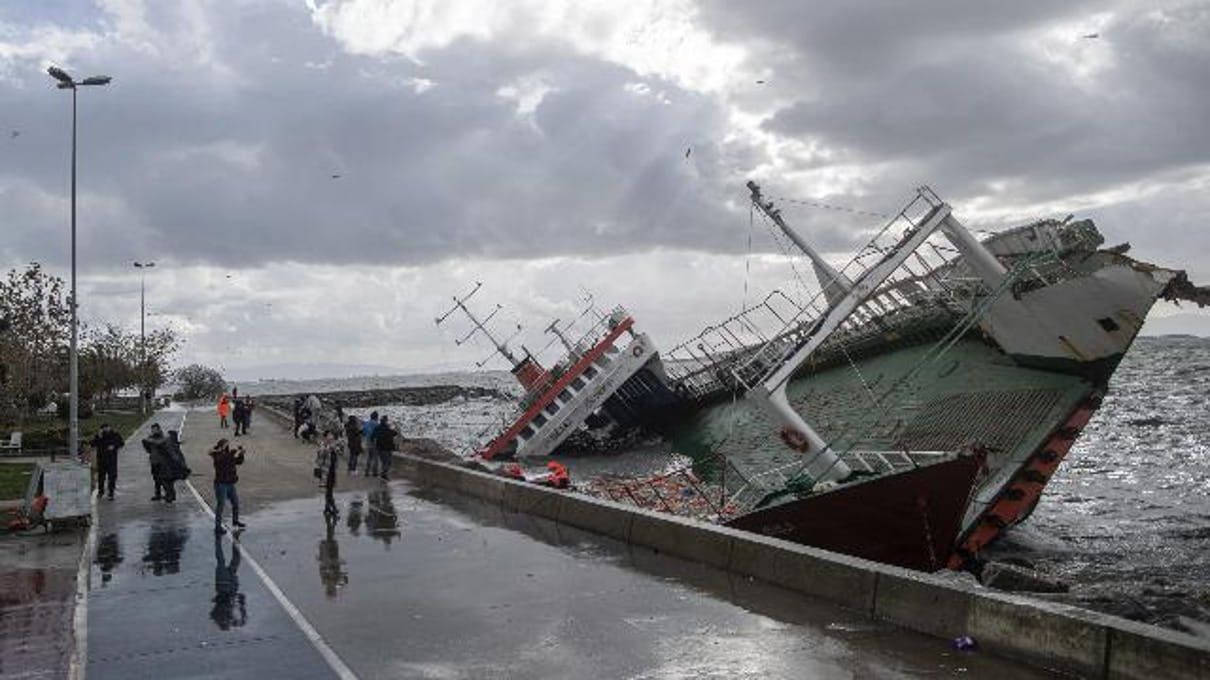 Gusts of a hot wind coming from the South-East at 130 km per hour alternating with torrential rain have been hitting Istanbul and nearby locations since yesterday, causing 5 victims so far and the closure of schools in 10 provinces. In addition to the numerous inconveniences, closed roads, blocked traffic, flights in extreme difficulty and suspended ferries, five people died and about fifty were injured following the collapse of scaffolding and the flight of debris in Istanbul. The Bosphorus Strait is also closed to the passage of ships. Following the diffusion of images of couriers on scooters crossing the bridge over the Bosphorus thanks to the ‘shield’ of two buses that cushioned the gusts of wind, deliveries and circulation by couriers on motorcycles, scooters and vehicles two wheels were banned until 6pm. At the moment it appears that 93 roofs in the metropolis have been blown up by the wind, 233 trees uprooted, 52 between road signs and traffic lights knocked down, 18 cars destroyed, 320 construction sites and houses have collapsed, with debris flew into the street causing damage and injuring passers-by, forcing the closure to traffic yesterday in several streets of the city. Discomfort also in Izmir, where ferries and trams were stopped after huge waves hit the coast, generated by a wind at 110 km / h. The disturbance also affected the cities of Bursa, Bolu, Tekirdag, Balikesir, Yalova and Zonguldak, causing damage in an area that extends from the eastern Aegean to the western Black Sea.