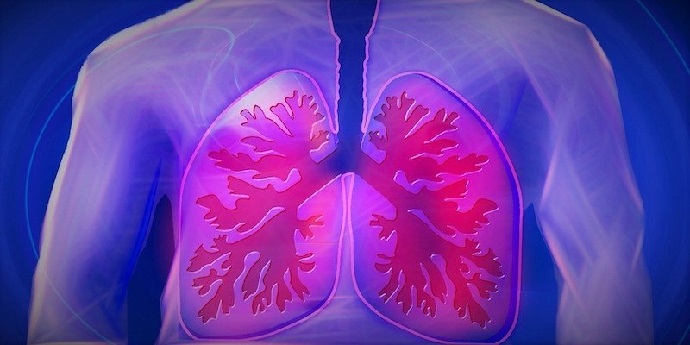 Plastic particles are ubiquitous pollutants in the living environment and food chain, but no studies to date have reported internal exposure of plastic particles in human blood. The objective of this study was to develop a robust and sensitive analytical and sampling method with double shot pyrolysis – gas chromatography / mass spectrometry and apply it to measure plastic particles ≥700 nm in human whole blood from 22 healthy volunteers. Four high-volume production polymers applied in plastics have been identified and quantified for the first time in blood. Polyethylene terephthalate, polyethylene and styrene polymers (a sum parameter of polystyrene, expanded polystyrene, acetonitrile butadiene styrene etc.) were the most encountered, followed by poly (methyl methacrylate). Polypropylene was tested but the values ​​were below the limits of quantification. In this study in a small group of donors, the mean quantifiable sum concentration of plastic particles in blood was 1.6 µg / mL, showing a first measurement of the mass concentration of the polymer component of the plastic in human blood. This pioneering human biomonitoring study demonstrated that plastic particles are bioavailable to be absorbed into the human bloodstream. An understanding of the exposure of these substances in humans and the risk associated with that exposure is needed to determine whether or not exposure to plastic particles is a public health risk.

Measurement of toxic chemicals in human tissues is invaluable in confirming exposure levels and guiding public health protective measures. A human health risk assessment (HRA) for plastic particle pollution is currently not possible due to a lack of data on both toxicological risk and human exposure (Leslie and Depledge, 2020, Vethaak and Legler, 2021 ). Measuring exposure to plastic particles is essential for HRA, however there is a lack of validated methods that are sensitive enough to detect traces of small (<10 µm) plastic particle fractions in biological tissues. “Microplastic” is a term for plastic particles for which there is no universally established definition. In the literature, microplastics are often defined as plastic particles up to 5 mm in size with no defined smaller size limits (e.g. Arthur et al., 2009, GESAMP, 2015, ECHA, 2019). “Nanoplastic” is a term for plastic particles in the submicron range, <1 μm. In the field of nanotechnology, “nanoplastics” can refer to engineered particles <100 nm, which is the size limit of the application of nanotechnology. To circumvent the ambiguity of the terms microplastic and nanoplastic particles in this article we will refer to “plastic particles” and, where appropriate, define the size or range of sizes. Our study concerned plastic particles that can be absorbed through the membranes of the human body. Our operationally defined method targeted particles that could be retained on a filter with a pore size of 700 nm, i.e. particles ≥700 nm in size. The internal diameter of the needle used for venipuncture (0.514 mm) can be considered the upper limit of the particle size that this method could sample.

We report from the article published on EventiAvversiNews.com:

A recent study revealed a disturbing truth. Microplastics have been found in human lungs thanks to a specific exam.

“Microplastics were identified in all regions of human lungs using μFTIR analysis. Polypropylene and polyethylene terephthalate fibers were the most abundant. The results support inhalation as a route of exposure to MPs … These findings support inhalation as a route of exposure for environmental microplastics and this characterization of types and levels can now inform realistic conditions for laboratory exposure experiments, with the aim of determining health impacts[…]

A total of 39 microplastics were identified within 11 of 13 human lung tissue samples[…]Microplastics have, to date, been detected in human samples from histological lung cancer (Pauly et al., 1998) and cadavers (Amato-Lourenço et al., 2021) and from human placenta (Ragusa et al., 2021). )[…]

The study found microplastic particles, found in many face masks worn during the COVID-19 pandemic, in the lung tissue of 11 out of 13 patients undergoing surgery.

Polypropylene (PP) and polyethylene terephthalate (PET) were the substances most detected in the lungs.

Plastic dust and microscopic debris are the same plastic used to make the ubiquitous surgical masks, as reported by this study published in PubMed: “Used disposable masks are significant sources of microplastics for the environment”