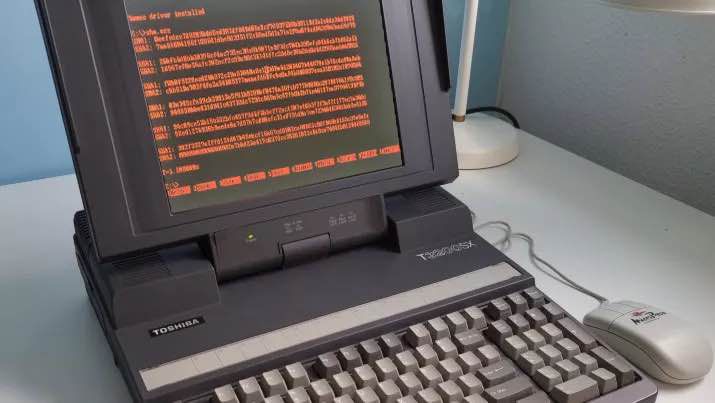 Dmitrii Eliuseev, a computer expert and enthusiast who has put his Toshiba T3200SX with Intel 386SX processor at 16MHz to mine Bitcoin. The news has rebounded on the web, but the data is what arouses curiosity.

According to Eliuseev’s calculations, in fact, his Toshiba it will take 584 million years to earn 1 dollar in Bitcoin. An unrestricted time frame.

Obviously the project is purely for demonstration purposes, and before starting his research Eliuseev wanted to make a comparison on the current situation linked to mining, which sees increasingly the mining farms protagonists, in spite of the energy consumption and the required power. . However, they are not new tests of this type and even in the past on these pages we have reported news such as that of a youtuber who started mining Bitcoin from a Game Boy, just for fun. It is undeniable, however, that what Eliuseev did is certainly particular, given that he put a laptop from 1989 to the test.

As for the mining process, Eliuseev developed a proprietary tool based on the SHA256 algorithm, but during this process he had to deal with the limitations of the 16-bit DOS platform. However, with perseverance and patience he eventually managed to create his own code which he also posted on his own GitHub page, for those interested. The code can be compiled on Windows using Open Watcom.

In terms of speed, however, the results leave something to be desired: the hash rate is 15 H / s, but the downside is represented by the energy consumption: since the activities started it has absorbed 38.8W.