(CNN) — Palestinians and Israeli forces clashed in and around the Aqsa Mosque in Jerusalem’s Old City, marking a major rise in tensions on such an important day for the city’s three main religions.

Videos shared on social media showed serious rioting and violence at the entrance to the mosque building from before dawn, with Palestinians throwing stones and firecrackers and Israeli security forces firing flash grenades.

There were also clashes early in the morning at the entrance of the Puerta de los Leones to the Old City.

By mid-morning, the Palestinian Red Crescent said more than 150 people had been taken to hospital with injuries caused by rubber bullets and stun grenades, as well as injuries sustained from police beatings.

Among the injured was a cameraman, Rami Khatib, who suffered a broken hand. A video shows him being beaten and kicked by police officers.

Police said several officers were taken to hospitals after being hit by stones.

Following initial clashes in the compound and at the gates of the mosque, Israeli police entered the building at around 9:30 a.m., as evidenced by numerous videos on social media.

Palestinian youth who participated in a protest at the Al Aqsa Mosque compound are detained by Israeli security forces at the Maghrebi Gate in Jerusalem’s Old City on April 15, 2022. (Photo by MENAHEM KAHANA /AFP via Getty Images)

Worshipers could be seen lying on the ground, apparently being held, as dozens of policemen stood by them.

Other videos show heavy smoke inside the mosque and the constant sound of firecrackers and stun grenades.

Israeli police said they had made numerous arrests inside the mosque, but insisted they were acting to enable and support freedom of worship.

At the entrance to the Old City’s Damascus Gate, one of the main entrances for Muslims heading to the Aqsa Mosque, police briefly barred people from entering.

Previously, at the entrances to the mosque compound, the police allowed elderly men and women to enter, but prevented young people from joining them.

In a statement, Israeli police said the violence erupted at 4 a.m. local time this Friday (9pET Thursday) when “scores of young Palestinian lawbreakers, some of them with their heads covered, began marching around the Temple Mount, waving Hamas and Palestinian Authority flags, setting off fireworks and throwing stones.”

Israeli Foreign Minister Yair Lapid paid tribute to the security forces, saying they had acted with sensitivity and determination, adding: “This morning’s riots on the Temple Mount are unacceptable and go against the spirit of of the religions we believe in.

But the riots also drew harsh criticism of the actions of the Israeli forces, in particular the decision to enter the mosque building with shoes, which is considered by Muslims as a profound lack of respect.

Jordan, which has a special role as custodian of the Aqsa Mosque, has condemned what it described as the assault on the compound, calling it a “flagrant violation”.

A spokesman for the Palestinian Authority presidency called it a “dangerous event.”

The United Arab List, one of the eight parties in Israel’s governing coalition, spoke of the violation of the sanctity of the mosque.

Although tensions have been running high in Israel and the West Bank in recent weeks, following a series of attacks and violent incidents, Jerusalem itself has been calm.

But fears of possible clashes in the city have been growing following comments from Jewish extremists and Palestinian militant groups.

Hamas has accused Israel of a series of provocations in Jerusalem, and has recently called on Palestinians to defend the mosque “by any means possible” after a Jewish extremist group called for an animal sacrifice on the Temple Mount to mark the start of Easter, which begins on Friday.

The rabbi of the Wailing Wall on Friday morning called on Muslim leaders to act to stop the violence, as well as reiterating his opposition to raising an animal sacrifice to the Temple Mount.

As Muslims celebrate the second Friday of the holy month of Ramadan, and Jews prepare for the start of the Passover holiday, Christians in Western churches celebrate Good Friday. From early in the morning, small groups could be seen making their way through the Old City towards the Church of the Holy Sepulchre, which Christians believe stands on the spot where Jesus was crucified.

But the scenes this Friday morning have brought back memories of a year ago, when the violence in Jerusalem was harnessed by Hamas, which fired rockets into the city, sparking an 11-day war between Gaza militants and the Israeli army. . 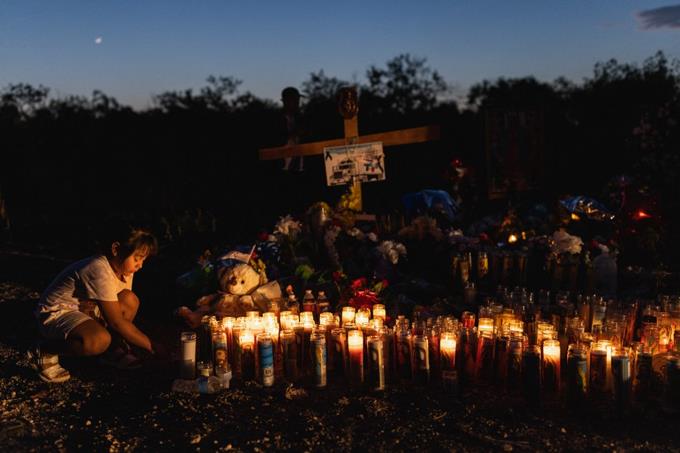