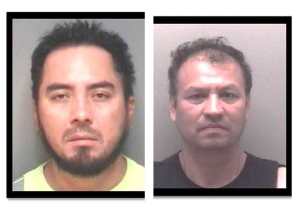 A judge in Richmond, Virginia, United States dismissed last Wednesday the federal charges of possession of firearms against Julio Alvarado Dubón, 52, and Rolman Alberto Barcarcel, 38, accused by the Police of planning a massive attack on the day of independence from the USA on July 4th.

According to the United States media report, the judge dismissed the charges for possession of weapons against the two Guatemalans and also add that neither of them has been specifically accused of planning the mass shooting of which the Police pointed them out.

News reports reveal that last month Julio Alvarado Dubón and Rolman Alberto Barcarcel were charged in a state court for possession of a firearm by a non-US citizen.

Last Wednesday, Colette McEachin, a lawyer for the Richmond Commonwealth, said that her office had asked the federal authorities to take over the case in which the two Guatemalans are accused.

“These are two illegal immigrants with weapons, so we wanted them to be prosecuted at the highest level possible,” the lawyer said, according to media reports.

An affidavit filed in support of the criminal complaint against Alvarado Dubón notes that he last entered the US in 2014 and had overstayed more than seven years after his visa.

The Guatemalan’s lawyer commented that this Friday his client could be prosecuted.

Barcarcel was charged in a federal criminal complaint with illegally entering the United States. The affidavit written by an Immigration and Customs Enforcement agent said he had been deported twice previously, in 2013 and 2014, and re-entered the US illegally.

During the hearing in Richmond General District Court last Wednesday, Judge David Hicks asked a state prosecutor if there was any evidence that the mass shooting was planned for Dogwood Dell, the location that police had reported the day of the shooting. capture of the two involved, but Deputy Commonwealth Attorney Clint Seal said there was evidence of a planned shooting, but not at a specific location.

No details about the alleged plan for the mass attack or documents that have been filed in state or federal court have been included in the case, and police have not revealed any motive.

The lack of unhooking was one of the causes of the blackout that affected 250,000 LUMA Energy customers yesterday